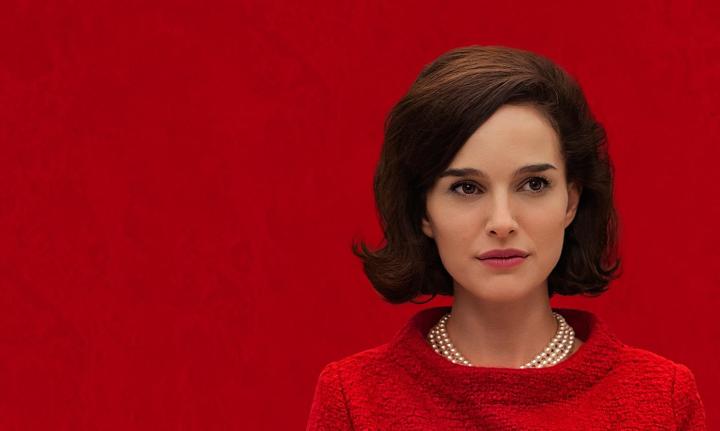 Pablo Larraín’s latest film, a biopic about Jacqueline Kennedy from the days after JFK’s death, is one of the year’s most frustrating films, one in the sense it feels far too much like an obscured portrait of its own subject. On one hand there’s a technically impressive feat that’s allowing itself to shine all the way through but somehow it seems that Pablo Larraín’s handling of the subject is just so alienating where it should be intriguing. My assumption was that if it were the point to get a grasp on what Jacqueline Kennedy was like after JFK’s death, it was one among many factors to why Jackie never finds itself working as well as it should. Rather instead, it just feels so empty and never moves out of the single spot it remains within.

On the days after JFK’s death, Jacqueline Kennedy was noted for the strength she managed to keep ever since but Larraín’s film, in how it grasps perspective, wants to think differently. In part, it doesn’t intend to be an informative biopic about its subject but rather it wants to portray Jackie as an ordinary woman who is still trying to overcome guilt but because of all the power and influence that followed her way being the First Lady of the United States, many people are trying to get in touch with her in some way or another. This is not something I have any gripes with because I like the idea that a biopic would humanize its subject rather than give an idea of power on the spot, but the presentation that comes forward ends up leaving behind a rather mixed bag of emotions.

I have to confess something on my part: I’m not a huge fan of Natalie Portman. That’s not to say I think she’s a terrible actress but she has rarely ever so impressed me (even with her Oscar-winning performance in Black Swan, a film which I greatly dislike). While I love the effort that comes on her part in playing Jacqueline Kennedy there’s another part about her performance that also feels incredibly distracting at times. For every great moment she has on the screen especially with how she embodies the character’s emotions which are being conveyed on the screen, another scene will just show her more along the lines of performing an impression. One can tell that she’s certainly trying her hardest with a role like Jacqueline Kennedy but it’s hard enough trying to make a note of the character herself when a good amount of the film shows her crying during moments we could ever learn more about Kennedy.

I thought at first it could have been something on Pablo Larraín’s end (who hasn’t left me overly impressed as of yet) but Noah Oppenheim’s script is where Jackie finds its biggest downfall. At times it could ever feel like an informative picture about Kennedy but at others, it feels rather expository (especially when we look upon scenes where Jacqueline Kennedy is being interviewed). Said aspect could have worked its way to becoming my biggest gripe but given the incredible focus we have on Jacqueline Kennedy’s perspective, any other hint at emotion from its supporting cast feels so obscured to a point that aside from its titular character, everything else comes out at a rate to which it only ever feels unnatural. Billy Crudup and John Hurt’s roles are evident of this for they feed into the expository nature of its screenplay, but with the intent on humanizing Jacqueline Kennedy it seems to find itself placing her so high up alongside a group of robots.

What’s admirable about Pablo Larraín’s presetation is that one will receive beautiful cinematography and the score by Mica Levi is beautifully fitting especially where it needs to be. It’s unfortunate that under his own direction there’s a certain emptiness that lingers all throughout Jackie that hinders either an emotional response from coming out or any sense of greater knowledge that we could ever acquire about Jacqueline Kennedy. It never feels courageous enough to make any sort of statement about Kennedy herself but its presentation of her instead is a huge mixed bag, because at times it wants to praise her for the strength she managed to endure but at the same time it turns her unlikable especially when looking back at her relationship with Bobby Kennedy. It’s one thing to make a biopic that presents its figure as a human rather than someone of power but Larraín’s handling of such is a failed one at that.

Jackie has a good film amidst the center of everything but instead what comes out is incredibly vapid in spite of its technical brilliance. Because of such the only reaction I could ever pick up is an incredibly frustrated one knowing what more does Larraín intend with Jackie but the film plagues itself with such an emptiness because at times, we get a more humanized portrait of an influential woman, only to go back to a scene that comes out more expository in nature. If there were something to admire, however, it’s certainly a beautifully made film, but at the same time it’s one that feels far too afraid of itself to dig deeper and as a result of such, a greater lifelessness allows itself to shine. Jackie is worth noting for fleeting moments of brilliance, but after those rather short periods, I only ever found myself bored. In short, it tries to capture far too much with far too little.

All images via Wild Bunch.