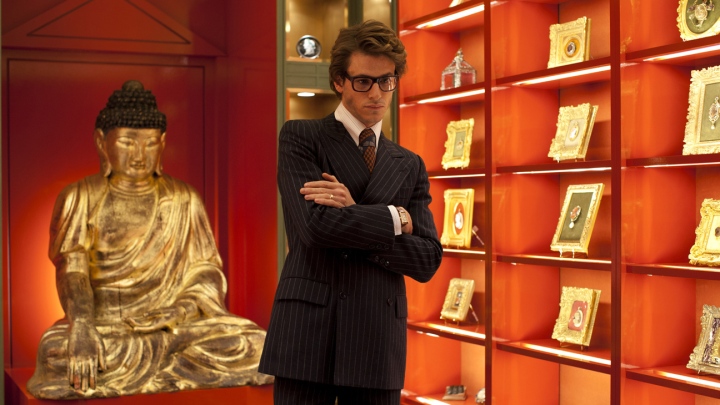 Yves Saint Laurent is a fascinating figure to study when looking into fashion history, yet the thought of a biopic about him running for two and a half hours always seemed like an intimidating one to myself. On one end it could have worked effectively as a psychological case study of what happens to his mind as a result of the newfound influence he had acquired, on another end it could have been an overlong display of pretty colour while offering so little refreshing on Yves Saint Laurent himself. Unfortunately, Bertrand Bonello’s biopic finds itself in the latter, a film whose potential is lost inside of its own bloated length in spire of pretty visuals which never come off as a surprise given its subject. Nevertheless this experience proves itself rewarding to some extent. 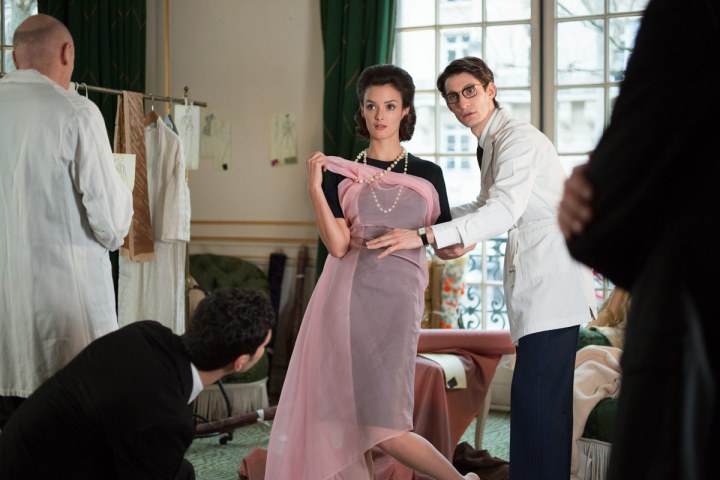 Covering the life of Yves Saint Laurent from 1967 to 1976, Bertrand Bonello’s film stars Gaspard Ulliel as the famed fashion designer at the peak of his own career. Two and a half hours long sounds like a nice way to cover up the life of such a fascinating figure but the problems with Bertrand Bonello’s portrait of Yves Saint Laurent only become even clearer from there. Half of it feels like it seems very well-meaning in regards to a case study in terms of what happens with a human upon influence, the other half just seems like a glamorized commercial more than anything for Saint Laurent brand clothing. While watching Saint Laurent I was only feeling unsure what the film even wanted to be considering how often it would transition between tone but nevertheless something admirable were presented through the film’s bloated length.

When the film feels like a commercial for displaying the clothing of Yves Saint Laurent, what’s at least admirable is Bertrand Bonello’s sense of visual style because these bits are never exactly boring thanks to the sort of eye candy that comes about from start to finish. The edits also help in giving the film a distinctive appeal in that area but the problem I have with these bits comes from how they ever really add much to the film. I would at least understand if I got a sense that Yves Saint Laurent were growing to become a different person over time as he went on to satisfy the needs of those who demand more among his line, but rather instead it seems like these bits add more to my overall frustrations with Saint Laurent, rather instead they are just visually appealing moments that grab the eye for much longer than necessary and end up in some extent bloating the film’s length.

Gaspard Ulliel is certainly trying his best as the troubled fashion designer and Bertrand Bonello’s depiction of his eventual downfall as his own self-indulgence takes over his own character, but unfortunately it never feels like much insight comes out on either end. Rather than creating a compelling figure, Bonello seems to be reveling in what would slowly result in the downfall of Yves Saint Laurent and the results came out even more frustrating. A number of great ideas about his character come about only to be abandoned in the scene afterwards and with the film’s jarring editing style, it never creates a flow that finds much interest amongst the viewers because overall, it doesn’t even know how it wants to portray Yves Saint Laurent. And with the film’s excessive running time, it feels all the more alienating by experience.

There’s a greater strength coming about, though, in moments in where the actors aren’t speaking. These scenes stand out atop all because it feels in these more quiet moments, there’s a greater mood being established on Bonello’s end that allows Saint Laurent to find something worthy of note. The soundtrack takes over the scene alongside the backgrounds, but it feels like the actors are finding greater comfort with trying to set a recurring mood all throughout Saint Laurent knowing what will come next within moments where a downfall is approaching. It’s a shame that with the film’s editing style, the excessive length only comes up to the viewer and it’s clear that Bonello is only overstaying his welcome rather than willing to explore a new layer.

Bertrand Bonello’s eye is clearly a gifted one but there’s never really so much of a case that would be made when it comes to exploring the life of Yves Saint Laurent in this overlong biopic. Moments where a downfall is noticeable are never nearly as compelling as they are, and more visually appealing edits that happen on occasion feel like an advertisement for Saint Laurent clothing being spliced into the film, and frustrating results come about. At the very least, one can already go ahead to say it’s a very pretty film thanks to the imagery and the costumes, but unfortunately the experience is an empty one. Something a friend of mine noted was that the film could use less of its own running time and more Léa Seydoux, and truth be told I forgot that she was even in it, for her presence is usually a lovely one that steals many shows for myself.

All images via EuropaCorp.