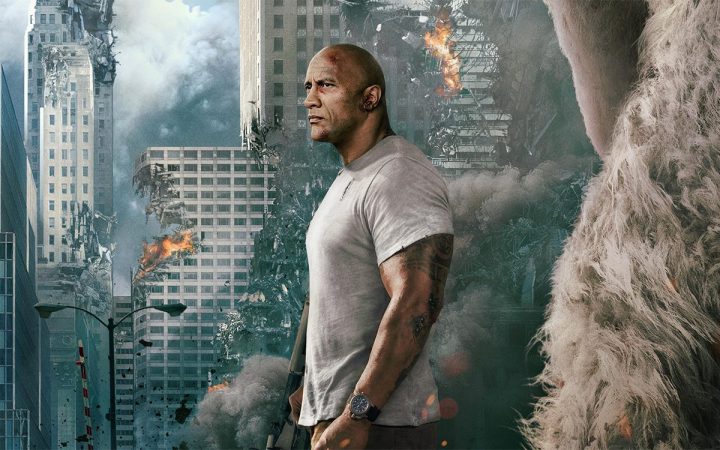 Memories of the arcade game haven’t really faded away from my own memory as I was setting foot into Rampage. No matter how low I can set my expectations for whatever sort of movie that I know he’s starring in, I have to admit that I always admired how Dwayne Johnson is always ready to show that he’s having so much fun no matter what movie he’s taking part of. Now that he’s reuniting with the director of San Andreas for a movie based on an arcade game, I think it’s easy to say expectations would be set. Rampage is a dumb movie, but its own sense of self-awareness makes it far more enjoyable as a film you can turn your brain off to, with the added charisma of The Rock in order to keep oneself from being bored. Although I suppose that given the sort of movie that Rampage was made to be, you can already say that is a good thing. 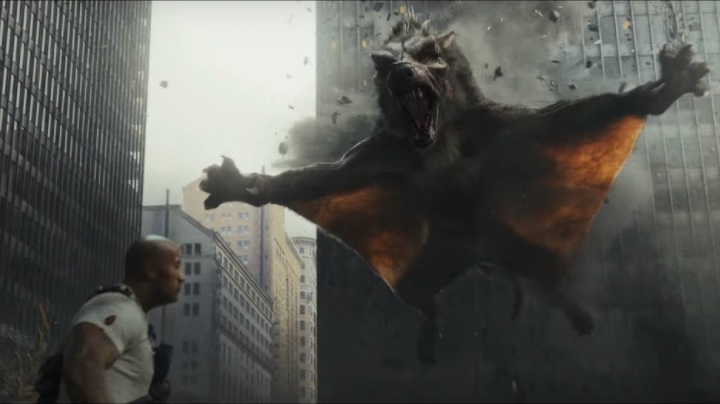 One must only set their expectations appropriately when they know that this film is based on a Midway arcade game of the same name, where you take control of mutated creatures that were formerly human in order to battle against military forces while destroying the city as you keep going. So how exactly can a story be made from this concept to be made into a film? For starters, you have Dwayne Johnson as a primatologist who is looking after George, known for being the gorilla avatar from the games. After the mild-mannered George becomes exposed to radiation from a genetic experiment having gone terribly wrong, a burst of rage turns what once was a calm yet intelligent ape into a raging monster – not without the company of a mutated alligator and wolf. So, that there would be as close as we can actually get to being anything like the actual game but I’m not so sure how exactly a story can be made from an arcade game that was based on how much you caused havoc by destroying the city of Chicago.

Rampage seems gleefully aware of this, and that’s only a part of what makes the ride as entertaining as it is. It seems to be aware of what it is that limits itself from being anything more than mindless fun, and somehow makes the very most of that by at least giving its leads enough room to share their own charisma for as much as they can play caricatures. When the destruction is already bound to take place, it’s never boring – you have great visual effects and Dwayne Johnson having as much fun as he possibly can within the role of a primatologist. It certainly wasn’t at all what I would have expected on behalf of director Brad Peyton. After having directed the Roland Emmerich clone San Andreas but at least he found the perfect source material in order to embrace the cheesiness of what he is writing by placing it within the perfect environment.

What I’m left to ask about, though, is why would this be the exact route to go forward with if we are making a movie based on Rampage. As much as it never takes itself so seriously to the point that it can become rather entertaining, you can’t help but feel that it also happens to be faithless to its source material – which shouldn’t be the basis for which one judges the quality of an adaptation, but considering the game was about humans that turned into monsters, why go away from that? It isn’t the same Rampage that people would have remembered this way, it’s just a movie about a primatologist trying to stop an out-of-control gorilla from causing more destruction to the city, which was the very foundation upon which the game was based on. It never exactly helped that with everything about George that had properly been established, Lizzie and Ralph only seem to just pop up for the film’s climax – with not much shared time together.

You can’t walk into Rampage expecting anything more than dumb (the villain’s motivations, as played by a rather flat Malin Åkerman, are unbelievably convoluted almost akin to last year’s The Mummy) but it’s hard not to find at least some entertainment from a film that seems so willing to embrace that about itself. At the very least you get to see how Dwayne Johnson became a primatologist especially when the casting sounds so awkward on the outside, but it’s hard not to enjoy the fact he’s so clearly having fun with what he has to work with. In its best moments you have something that’s so entertaining but in its worst moments you’re either cringing or just outright questioning the very foundations upon which the film was made. This may very well be one of the best films to have been made based on a video game, but whether or not that is an endorsement is completely up to you.