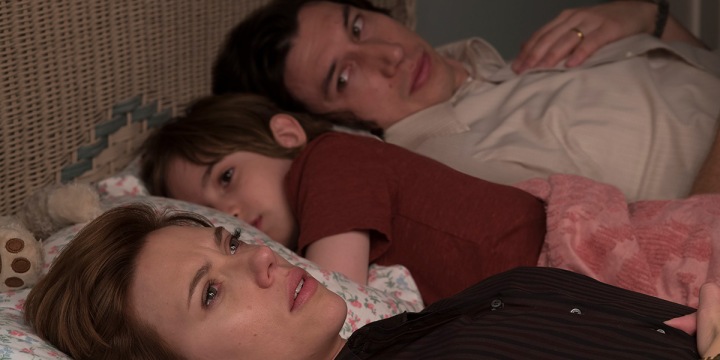 Divorce is not an unfamiliar subject writer-director Noah Baumbach, as shown through his exploration of the psychological effect of joint custody on children in The Squid and the Whale. In Marriage Story, what Baumbach shows you is a different perspective of the divorce, rather one that takes the perspective of the adults in the situation as they are about to part their own ways. As one can imagine, it never would feel easy in any sense of the word and Noah Baumbach cuts really deep into where you really feel it hurts. These are people who know they can’t stick together any longer, but that uncertainty regarding how they feel about one another still rings so strongly. If there were anything else that best makes the film’s title fit so perfectly, it’s best described by what Baumbach shows about what we realize as something that seemed so meaningful finally must come to its own end. 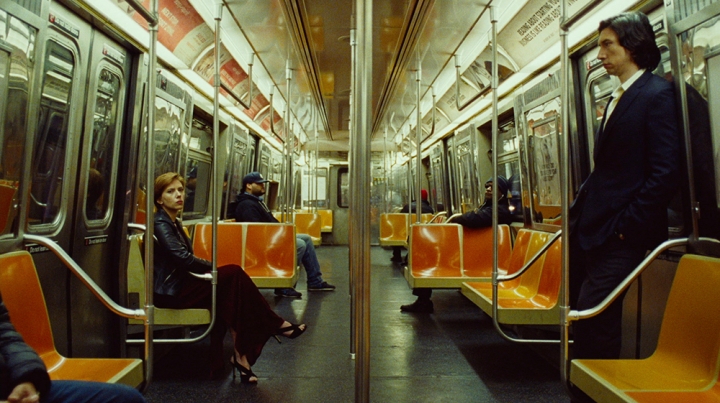 Adam Driver and Scarlett Johansson star as Charlie and Nicole. In the film’s opening sequence, you listen to the two of them reminiscing about what they love about one another. Yet even though you may hear those bits in such great detail, it isn’t until the following sequence where Baumbach makes everything hit much harder: for Charlie and Nicole are planning to separate. Charlie, a New York based playwright, loves what he does for a living, yet always tries his best to make time for his family. Nicole, an actress, has just landed the role of a lifetime which means that she must relocate to Los Angeles, placing a burden on the strained marriage as the coast-to-coast differences between the two, as they prepare their sides of the story for the eventual court case. Like The Squid and the Whale, Baumbach never portrays a one-sided story where it is all too clear everyone is hurting in one way or another – every moment that’s funny makes way for more heartbreak, in what also may be his most mature work to date.

There’s no better way to describe Marriage Story than being as blunt as saying it feels painful. It’s painful in the sense that it almost feels very semi-autobiographical for Noah Baumbach for he already recognizes that this is something that he has lived through at one point of his life. As he revisits these uneasy memories, we soon get a better picture of people trying to make the best of themselves in order to feign any sense of being fine despite the large burden that they carry now that they may not see each other again. In many ways, Marriage Story almost feels like a means of seeing how Charlie and Nicole are testing each other in terms of whether or not they still love exactly what they said they loved about one another. They think they hate each other in the heat of the moment for the weight that they’ve made one another carry, but Baumbach knows what they’re still thinking on the inside – they’re pained by the fact that they couldn’t have gone so far without each other.

Everything that one could say about Baumbach’s screenplay might already have been said numerous times prior, but every character still feels fully realized, no matter who it is that’s highlighting the screen. Baumbach understands where every one of his characters feels hurt by the other, but also realizes the scope of pain that they both bring upon one another. There may be comedy, but there’s also sadness – typical of these periods in a person’s life. Playing off one another, Adam Driver and Scarlett Johansson are incredible from start to finish, there’s a certain vulnerability to Driver’s performance that only makes his emotional downfall feel all the more close up, just as you can still feel the anger in Johansson’s own frustrations catching up to her own aspirations. Baumbach knows where every one of these moments starts, but the more he builds upon it, you still feel like you’re there to witness it all first hand, and it feels so real, before it builds into something more devastating.

In supporting roles you also have Laura Dern, Alan Alda, and Ray Liotta as the lawyers who are caught in the middle of this procedure. Everything that’s on their mind is that they want to win over one another, but to what cause, when the damage is only going to remain permanent? Baumbach doesn’t paint them as hell-bent on winning the case either, but also as humans who are trying their best to help out other people who are about to be broken apart. But they also have their own stories, which help make the scope of the scenario all the more incredible. The more time Charlie and Nicole spend apart from one another, or trying to further push themselves away from one another, they start realizing that maybe the divorce might not really be the end of their relationship like they thought it would be – but the ugliness of seeing everything fall apart so quickly only becomes a moment for them to learn more about themselves in that process too.

There’s no moment that better sums up the power that Marriage Story contains than the sequence where Charlie takes a moment to sing “Being Alive” by Stephen Sondheim. It’s a song that best sums up the core of Marriage Story as a whole, but seeing Adam Driver breaking down into that song was a beautiful moment. It was beautiful because somewhere there, I saw someone that I knew. I saw someone that I feel like I could see in the future. When needed too much, you’re put through hell, you almost feel so dead inside – like a marriage story as one would already recognize it. Maybe it is ironic to give a film about divorce such a title, but realizing that this isn’t only about the divorce is what makes it so heartbreaking, because it is a film about realizing what worked about the marriage to begin with, which divorce cannot simply take away so fast.