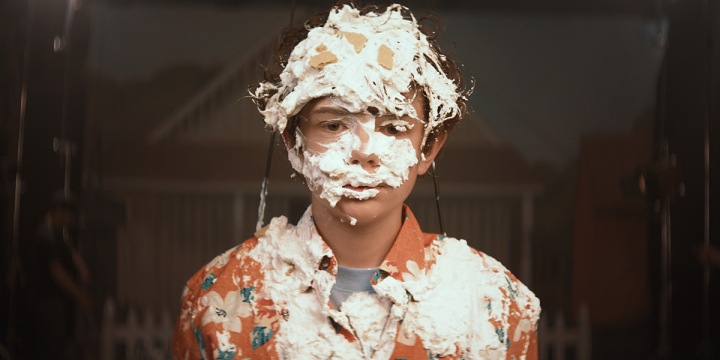 The public perception of Shia LaBeouf has altered far too drastically over the years, but he’s always remained such a fascinating presence in every sense of the word. Now as he takes on the challenge of writing a screenplay for the first time, there’s another site to Shia LaBeouf that feels more exposed on the screen – and as we get to see more of this from him there also comes Honey Boy, a stunning self-portrait that also serves as a therapy session in a sense. What some can call self-indulgent in this film about the strained relationship between himself and his father – there’s also something heart-wrenching to be found that makes Honey Boy so beautiful too. With this also being the narrative feature film debut of Alma Har’el, this also leaves me looking forward to what’s next in store for her. 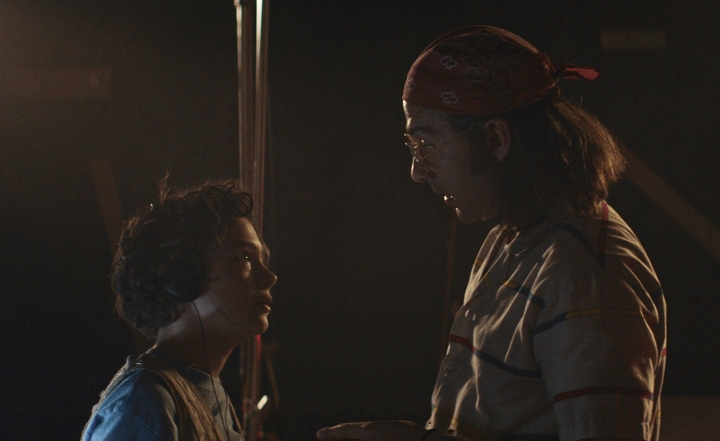 Honey Boy takes its name from the nickname that Shia LaBeouf’s own father had given him as a child. Telling a semi-autobiographical tale of a child actor named Otis Lort (Noah Jupe), Honey Boy details the difficult relationship that he has developed with his recovering alcoholic father James (Shia LaBeouf). Framed through the perspective of a twenty-something Otis (Lucas Hedges) following a car crash, the film flashes back to explore the pained past that has made Otis the person that he is, having once been a media darling – yet also often subjected to the cruelty of his father’s envy as it takes on many forms. Despite such, it is clear that Otis never had hated James, especially as he starts to show his more tender moments. In trying to get a sense of how Shia LaBeouf has experienced these events for himself, Alma Har’el recreates such memories with ease and even invites you to see Shia LaBeouf as if he were someone you knew up close, like a best friend.

Shia LaBeouf wrote the screenplay for this portrait of the complicated relationship he shared with his father, never shying away from even the harshest and outright traumatic memories of living under such cruelty. But even as these memories may be so hard for Shia LaBeouf to recreate, it can still be felt in the way he writes his own father – because it is clear he never hated him. Every facet of this complicated relationship is made clear from the living conditions in which the young Otis is made to grow within thanks to his father, straining their relationship all the more. With many obvious parallels into Shia LaBeouf’s childhood, with him having starred in Even Stevens during his youth and now with him playing his own father, there’s an exercise in empathy to be noted from watching how it all comes together in Honey Boy. LaBeouf plays his own father with relative ease, but the young Noah Jupe is every bit as stellar as Shia’s own onscreen equivalent of himself.

What’s most astounding about Honey Boy comes from the way in which director Alma Har’el manages to weave together two narratives – exploring the life of Otis as a child and as an adult. As an adult, you see Otis still remains troubled by the memories of his own childhood, but he’s also trying to find a place where he can bottle up his own memories too. As Alma Har’el pieces together the memories of childhood together with the troubled life behind rehabilitation for Otis, what comes out of Honey Boy is more than just a portrait of reflection as it forms the sort of person that Shia LaBeouf would want to be seen as, but it’s also a testimony to finding a place of comfort when having already lived through a trauma that alters the course of life for yourself. This is only the narrative feature debut of Har’el, but her vision shines all too beautifully – only leaving me wanting to look out for what more she can offer in the future.

There are many moments in Honey Boy that almost feel like you’re experiencing the same sort of therapy session that you can imagine Shia LaBeouf has put himself through. It’s hard enough trying to imagine how a portrait of this sort, with subject matter that may already have been addressed by many other films in the past could be handled so differently, yet there’s still something beautiful to be found in the honesty that LaBeouf and Har’el make you witness in Honey Boy. For many, you’d already imagine James Lort as the sort of parent you’d never want to live around, given his unpredictable mannerisms that would often take on another form of cruelty, yet it’s also formative towards the sort of person that Shia LaBeouf had become today. It’s clear that Honey Boy is a film that’s being told from the perspective of someone recovering from trauma, the sort that would only make you want to give the people behind it a hug. If it proves anything, there’s nothing more beautiful than getting to experience that emotional nakedness in here.

I remember vividly where my first impressions of Shia LaBeouf would have come about from watching Holes, the Transformers movies, or even Indiana Jones and the Kingdom of the Crystal Skull. Then there came a point where Shia LaBeouf seemed like a different person entirely after he made his name through distinct performance art unlike any other artist of his generation. After watching Honey Boy, there’s a different side to Shia LaBeouf that I feel glad to have been able to witness. From watching this, I almost feel like if I had known him up close, he could easily be a best friend. I’m more than glad to have seen that Shia LaBeouf was able to get this made, and it’s also left me wondering what more can Alma Har’el bring to the screen in the future.