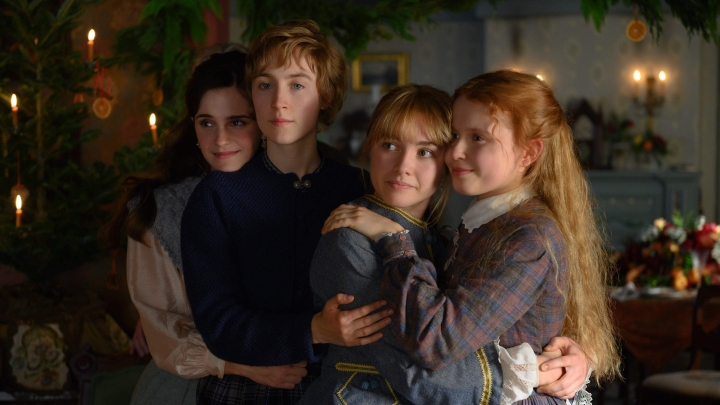 Greta Gerwig’s follow-up to Lady Bird is not the same sort of coming-of-age film that she brought to the screen years two prior, but another adaptation of Louisa May Alcott’s classic story. Although it may be a story that has been adapted numerous times to the screens, whether they be for television or for the cinema, it carries a timeless quality to it that only makes it feel fresh no matter how many times it may be told. It’s a film that feels almost like you’re being wrapped comfortably within a blanket, but the more it continues flashing back and forth it also shows that there’s always a newer way to bring timeless stories of the sort to modern audiences, and for what’s only Gerwig’s second feature as a writer-director, it feels as if she’s on her way to becoming a talent for a generation. 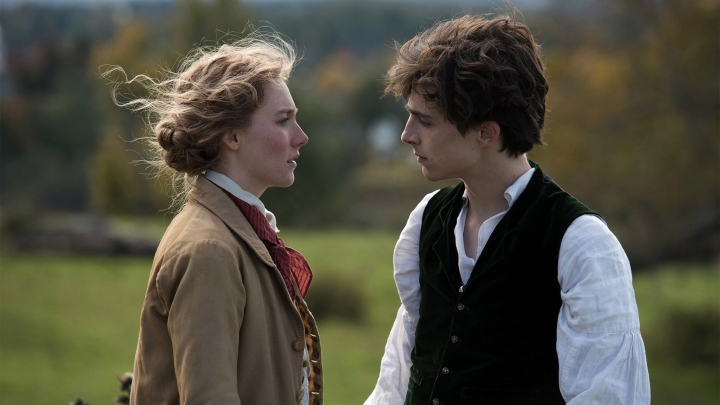 In this new take on the classic story, Jo March is played by Saoirse Ronan, where we first see her trying to get a story published. As we weave back and forth, Gerwig introduces March sister one after another, creating a different sort of coming-of-age story from Lady Bird, one that doesn’t tell a singular story but forms a tapestry of a family growing together. If anything else makes Greta Gerwig’s take on Little Women every bit as lovely as it is, it feels like Gerwig doesn’t let the fact that this is a familiar story limit her perspective on what makes the March family feel so united. It feels like she’s allowing her audiences to live within the experiences like they were another one of the March family, passing right through every big moment in their family’s history, making you a part of their family too.

What makes Greta Gerwig’s take on Little Women feel every bit as special as it does can all come down to how she does approach Louisa May Alcott’s words as if they were her own. But as she unravels many moments in each family member’s lives through the use of flashbacks, it also gives the film something of a nostalgic tone, one where you have all of these recollections slowly coming back as they form the story that Jo March is planning to put out into the world. With Gerwig being so into the material as if she had lived as one of the March family, but it feels like a story that’s being lived through them while Jo continues to write it the more it goes. Emphasizing the importance of every memory as the story nears its completion, Gerwig’s direction highlights every emotion being felt within the experience – perhaps her greatest skill behind the camera as evidenced by Lady Bird, making the March family’s story feel like it were one that the viewers could easily find themselves a part of.

Saoirse Ronan gives a career best performance in her own interpretation of Jo March, but the rest of the ensemble is still every bit as wonderful. With a star-studded cast that includes Florence Pugh, Timothée Chalamet, Eliza Scanlen, Emma Watson, Laura Dern, Meryl Streep, and Louis Garrel, every member brings the film their all. Everything that can be said about Saoirse Ronan only bears repeating, for following Winona Ryder’s performance of the character in Gillian Armstrong’s take on the story from 1994, Ronan carries a different sort of resonance that best captures how new eyes would take to a story that continues being retold in many different ways. Yet because Gerwig allows every member’s own story to add up to something grander, it also gives everyone enough room to be at their very best.

Little Women is all-around wonderful, if anything else needed to be said, Greta Gerwig has achieved so much more than what most filmmakers at their best could aspire to with only two feature films under her belt as a director. After Lady Bird told a personal story that best sums up Gerwig’s own experiences having grown up in Sacramento, what she creates in Little Women is an adaptation of an ages old story told in a similar manner – one that takes familiar words, provides another context for them that would best capture what these words have meant to us in our own eyes, and how those moments best define our lives too. I feel like I can already see myself coming back to this one more often over the years, but I know for a fact that someday I need to read Louisa May Alcott’s Little Women.