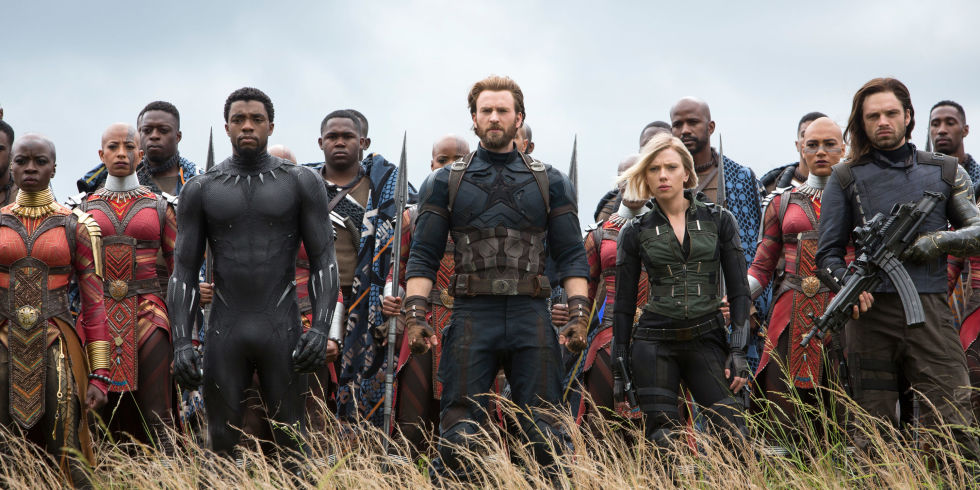 There are many stories being told within Avengers: Infinity War and I think that happens to be the best way for something of this sort to be shown to the screens because it gives every character what’s needed in order to create an emotional resonance with its viewers. In the past ten years, the Marvel Cinematic Universe has been telling individual story after another but have always been dependent on one another in order to form something of a larger scope and as all stories come together to form one singular Avengers story. The ambition is clear enough from how all of these characters established by their own entries are coming together once and for all, so the question to be asked is how does the film live up to the scope it promises? It’s a step up from both the last Avengers film and the Russo brothers’ last Marvel film, but I feel hesitant to go beyond saying it pays off completely after the Marvel Cinematic Universe has only recently released their two most interesting films since the first Guardians of the Galaxy.

END_OF_DOCUMENT_TOKEN_TO_BE_REPLACED

Was hoping to enjoy it more on this go after having been disappointed from a theatrical viewing, but on a revisit my opinion nevertheless remained the same. Gareth Edwards, a director only known at the time for a small scale science fiction film, Monsters, started off Legendary Pictures’s MonsterVerse on a more middling note than anything. Being the first American Godzilla film after the atrocity that is Roland Emmerich’s film, Edwards seems to have a grasp on what made a great monster film as a whole at least by remaining within the spirit of the original Japanese films – and yet it’s still somewhat lacking. As a star for the MonsterVerse it was intriguing to see what would have come out as a result from Godzilla but the most it evokes is that it’s just desperate to start up an entire series of films rather than standing out on its own: which I suppose I can get behind with what more it teases.

END_OF_DOCUMENT_TOKEN_TO_BE_REPLACED

For the record, I don’t dislike superhero movies in general, but I’m not a particularly big fan of the Marvel Cinematic Universe (so far, the only ones that really stood out to me that I really liked are Guardians of the Galaxy and Captain America: The Winter Soldier) and rarely would I call any of their offerings “bad” by any means. However, most of the time I find myself within a nonplussed state. As for more recent note, Captain America: Civil War leaves me with the same reaction which I carry towards the regular offering of the Marvel Cinematic Universe, with that said, it’s a film recognizing its target audience and for those who like these films, I can’t fault one, but I really wish I could feel the love that I know many are picking out from these films because I feel like I’m being left out. END_OF_DOCUMENT_TOKEN_TO_BE_REPLACED