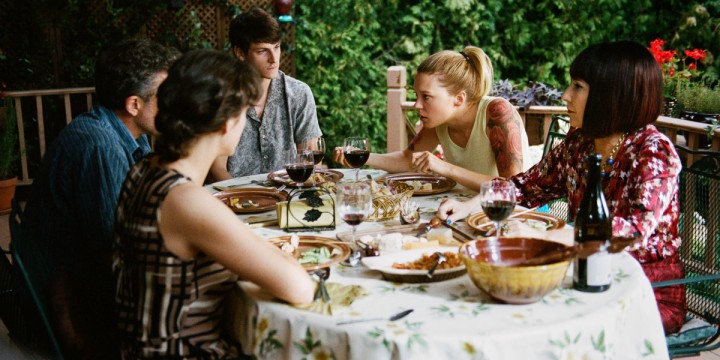 At the risk of starting up controversy it was something that I still feel is worth noting anyways because in spite of being an LGBT Canadian, I don’t care for the films of Xavier Dolan outside of Mommy. While I have nothing but great admiration for the efforts that are put into the work given Dolan’s young age I still face great trouble even trying to connect with many of his own stylistic choices and said feelings have held me back from watching It’s Only the End of the World. Dolan carries a very aggressive nature when it comes to talking about how some of his own films feel, but nowhere has it ever been nearly as aggravating as it was in here. It highlights the worst sort of melodrama, and even as someone who is not a particularly huge fan, it was the least I would ever expect of Dolan.

Marion Cotillard, Léa Seydoux, Vincent Cassel, Nathalie Baye, and Gaspard Ulliel all star as a family living inside of a place identifying as “Somewhere.” Ulliel plays Louis, a playwright who is suffering from terminal cancer. Based on the play of the same name by Jean-Luc Lagarce, Dolan’s latest film covers the reunion of the playwright with his own family after having disappeared for twelve years and tension arises now with the knowledge that Louis is about to die. What’s going to be expected of Xavier Dolan, going from the aggressive nature of the delivery is set to come out here but in It’s Only the End of the World it has only come down to the very worst that can ever be found within another entry into his filmography.

Xavier Dolan’s films have oftentimes picked up a rather polarized reception when it comes to how people feel about their style – there are people who find the aggressive storytelling compelling and some who find it aggravating and unfortunately I’m on the other side of that fence. While I like the willingness to jump out from his own end given his young age, I can’t help but find myself at great distance from his own characters for there’s barely much time to breathe around what sorts of caricatures they stick within. It wasn’t so much a problem with Mommy, the only film from him I’ve found a perfect attachment with, but It’s Only the End of the World exhibits only the worst tendencies to an excruciating degree and makes the experience all the more insufferable.

I wish I could make comments on the performances given my fondness of both Marion Cotillard, Vincent Cassel, and Léa Seydoux, but as the film progressed I only found it much more difficult to make something out of their talent because of the loud delivery, oftentimes to a point of repetition. Perhaps it is aggravating in some sense that family reunions can be insufferable in such a manner but Dolan’s favouring of style left me at great distance and oftentimes I only found myself increasingly annoyed by how melodrama comes about, whether it be from shouting or through monologues. But in the end, only a feeling of emptiness comes out and reminds of everything that was only so frustrating about what it presents. A bunch of flat arcs shouting across the room at one another, nonstop – a perfect summary for what is to be seen.

There’s still something to which I can find myself praising about It’s Only the End of the World, the visual style at least is appealing sporadically when Dolan isn’t going down to the indulgence of the poorly done melodrama but in something that was only ever so aggravating it was hard enough trying to find much to praise about the film. The problem with how Xavier Dolan comes around with his usage of style is that he keeps focused only on this aspect without presenting a greater context for the conflict to which we are witnessing, and to that point the film only becomes so much more infuriating. Most evidently, Dolan seems so in love with the style and a sense of his own indulgence at a young age is becoming increasingly evident and it clearly finds itself getting in the way of the intentions at hand.

With every Xavier Dolan I try to walk in with a sense of optimism for I admire what he wants to set out for given his young age but I always struggle finding a sense of attachment to the characters he puts at the center. It’s Only the End of the World takes just about everything that I dislike about Xavier Dolan’s tendencies and only maximizes it all the more, creating an experience so thoroughly infuriating because it leaves us on poorly formed melodrama and great repetition with itself. At the very least I can tell its actors are trying their best and it’s a visually pleasing film (not particularly surprising for Xavier Dolan’s kind). Fans of the director will understandably find themselves getting into the positive side of the fence within the mixed reception since its Cannes premiere, but for people who are already finding great difficulty with getting absorbed into Dolan’s tendencies, It’s Only the End of the World is unlikely to reform one’s opinions on the young Canadian filmmaker.

All images via Séville.