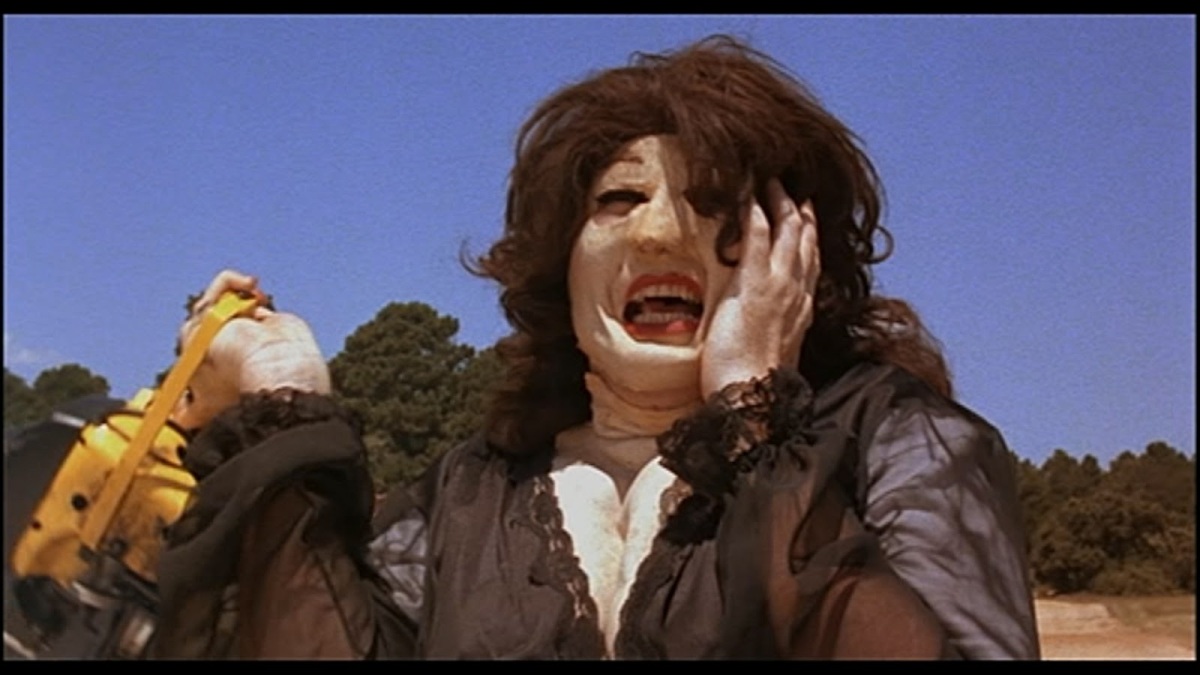 I should vehemently despise this film on all counts because it destroys practically everything that The Texas Chain Saw Massacre had stood for in the beginning, and yet there’s so much about it that’s so enjoyable in such a stupid manner. It’s so easy to note where Texas Chainsaw Massacre: The Next Generation is messing everything up so horribly and yet it’s all just so fascinating to watch while it’s running. With Tobe Hooper out of the franchise and now with Kim Henkel taking full responsibility, it is just baffling to see how one of the original creators of one of the most terrifying pictures to have graced the screen is destroying what he had created to begin with, all right before one’s eyes. And on all counts possible, Texas Chainsaw Massacre: The Next Generation is just a disaster. END_OF_DOCUMENT_TOKEN_TO_BE_REPLACED 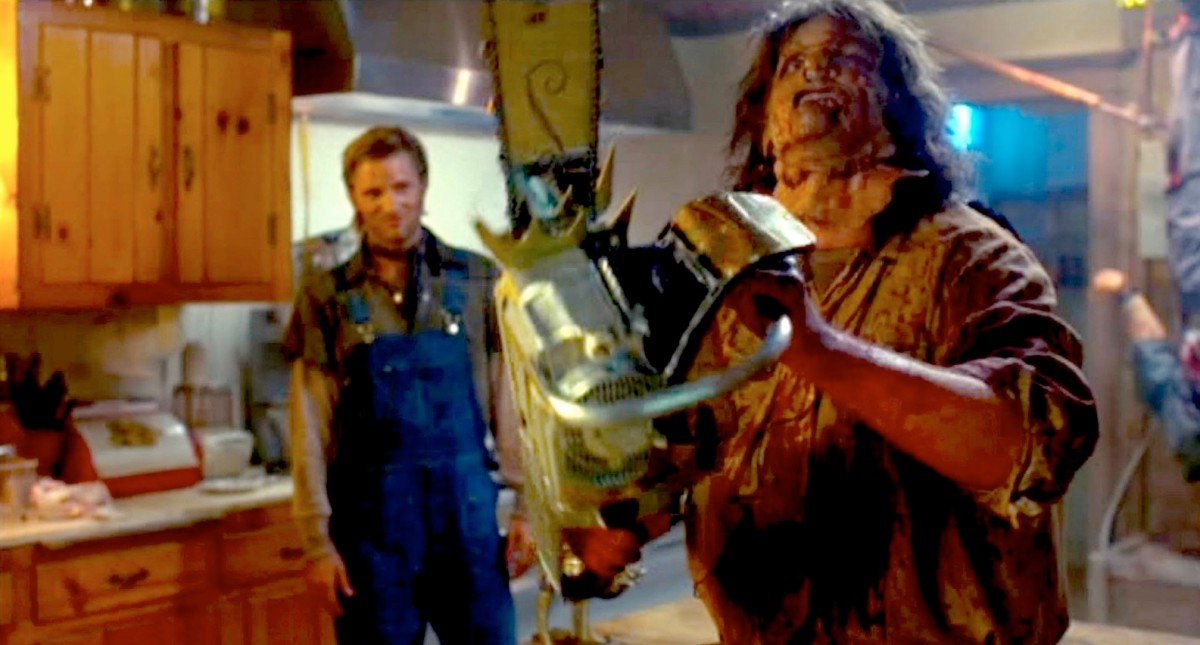 Now that Tobe Hooper’s gone off the Texas Chainsaw Massacreseries, the film had ended up landing within the hands of Jeff Burr – someone who seems so relatively unknown prior to even having his own hands laid on what would eventually grow to become one of the most iconic titles in horror movie history. The removal of Tobe Hooper is one step already for what would already become a big step down but the hole has proven itself to have become much deeper when an inexperienced director is given responsibility, as Leatherface: Texas Chainsaw Massacre IIIshows the very worst tendencies of what happens when something that started off in a minimalist manner ends up getting overblown to the point, the wrong ideas of handling it come about – and something messy is to come by. END_OF_DOCUMENT_TOKEN_TO_BE_REPLACED

In order to follow up his original masterpiece, Tobe Hooper goes behind the camera once again for The Texas Chainsaw Massacre 2 – a drastically different turn from its predecessor. Whereas The Texas Chain Saw Massacre is otherwise known as one of the scariest films to have graced the screen and to this day remains one of the most iconic horror films of all time, The Texas Chainsaw Massacre 2 takes a vastly different route and now becomes a black comedy. And what Tobe Hooper presents is nothing short of entertaining from start to finish, a perfect follow-up to his original masterpiece which straight up goes against the rules, just in the very best sense of the word. END_OF_DOCUMENT_TOKEN_TO_BE_REPLACED 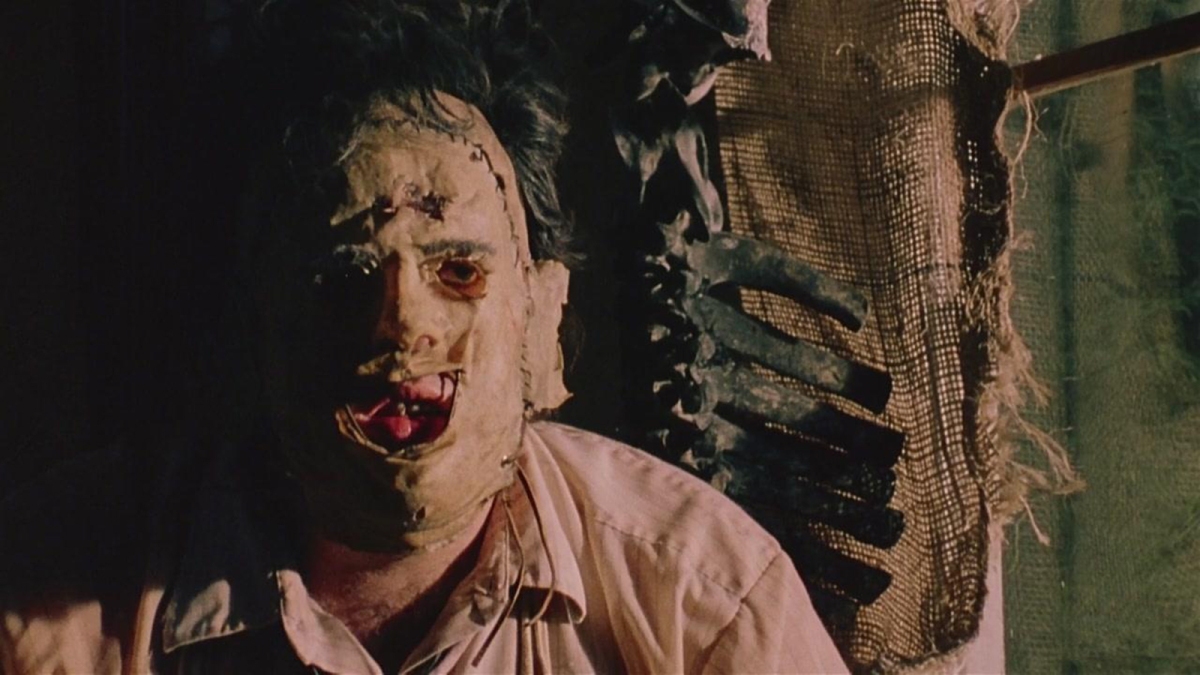 Tobe Hooper’s iconic The Texas Chain Saw Massacre changed the face of the horror genre from the day in which it had come out, and to this day it remains one of the most important American films of the genre. For even to this day it remains every bit as terrifying an experience as it might have been during the original release in which it had been met with a mixed reception, and there’s never a sign in which its mark upon culture has been lost. Over the many years that have come by, others have tried to give the same story their own spin but they failed at retaining what it was that had made Tobe Hooper’s film the classic that it is, and what it is sure to remain for all of time. END_OF_DOCUMENT_TOKEN_TO_BE_REPLACED