It’s as if there’s a film that calls out to be different on the inside and it’s not breaking out enough. Deadpool isn’t a disaster by any means but what sort of joy I had on a theater viewing just faded away rather fast on a rewatch. I’d assume it’s probably because I was with the family when I watched it, but on another watch, my main issue with the film became clear. I’ve no doubt there are going to be fans who will admire what they get because of how well they connected with the character (I’ve admittedly never read a Deadpool comic) but there’s an inherent problem when only they are among the crowd that gives such high raves. I’d like the reader to understand that I’ve no issue with the fans as I respect how well they’ve grown to the character, but as one from the outside, there’s not so much offered. 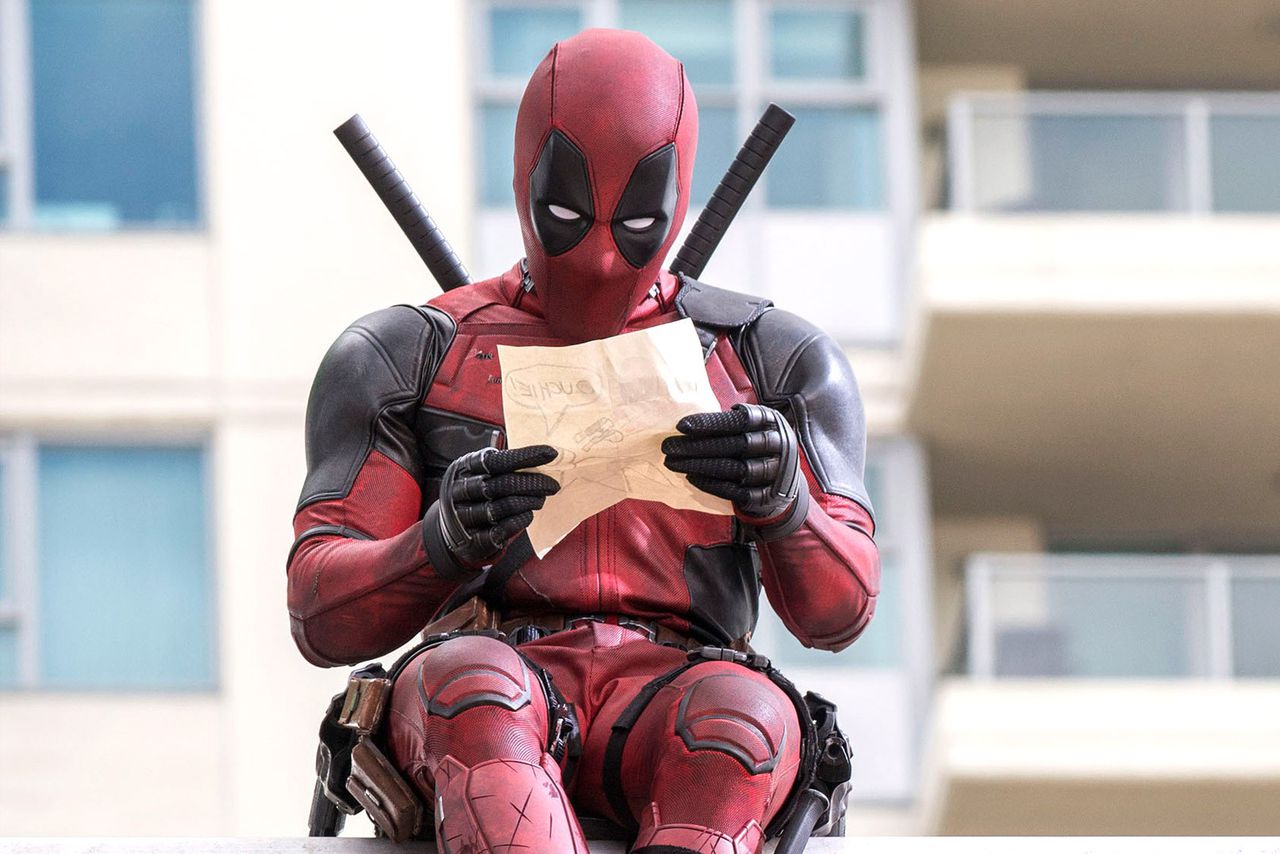 Most of the film’s humour comes from the fourth wall breaking and the self-referential aspects, poking fun at the fact it’s a superhero film with the R rating, so there’s a clear aim to be different. I’m all for these sorts of jokes but Deadpool‘s main problem is that it mistakes being self-referential for being clever. I’m not going to deny that there are moments to which I actually had fun with what I was sitting through but Deadpool is merely just a movie that’s pretending it’s so different when it falls under the realm of just being a generic superhero film.

The film’s R rating is another aspect that I feel adds to the problem. Seeing as it’s a part of the joke that Deadpool aims for, what else does it involve that truly warrants its R rating? Let’s say we’re watching a Quentin Tarantino film and without their R rating, they won’t feel the same. In Deadpool‘s scenario, we have a case in which we can remove blood, nudity, and profanity – all of which are the main factors adding up to its rating, and the story still feels the same. Deadpool merely exists for its R rating and yet under that, it’s the same narrative as a PG-13 superhero film, which it easily could have been.

As I’ve mentioned Deadpool providing the same experience as a PG-13 superhero film, that’s another problem as despite the self-referential humour poking fun at how generic superhero films are, Deadpool is indeed guilty of being one. For a film that calls out at how different it is, you can take out all of the comedy and what adds up to its R rating and there’s nothing remotely new under the shell. There’s a gripe I have with the love stories taking up too much inside of superhero films, and it’s also a problem here when it adds up to a predictability factor in terms of character development. If it were going to try to be different, there could be much more done outside of being vulgar.

Ryan Reynolds as Deadpool is the spotlight, and it’s the reason that the film we have here isn’t a complete disaster by any means. The charisma that he places into this character is what drives the film, and seeing as I’ve always been a fan of what he could place into a character like him, I knew there’s still at least something to enjoy. I’ve thought Ryan Reynolds can be great in material made especially for him, and as Deadpool, he really fits because it’s clear he’s having so much fun with the role.

Yet even amongst all these flaws present, I’m not denying that there are moments where fun is to be had. The opening credits are pretty hilarious, but after that, only one scene had me laughing out loud. At least some of the action can be fun, even if it isn’t all too remarkable. This is a movie that really could have been so much more over-the-top than it stands right now, because outside of the humour and the R rating, it’s most simply just any other superhero film. It’s definitely the fanservice I’d imagine some are to expect, but if they’re the only ones who are to rave about a film featuring a character they’ve grown close with, a missed opportunity to bring that love to the outside world is what we have. But I won’t lie, I’m interested in a sequel, where I feel at least there could be much more done.