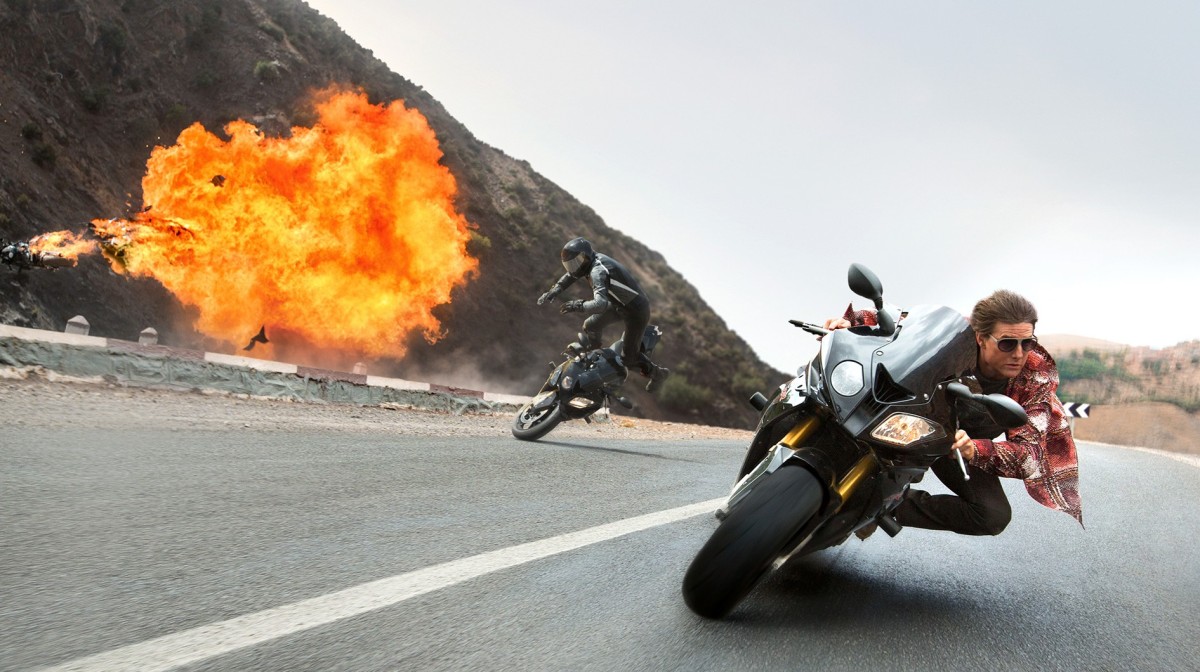 Like Ghost Protocol, it’s the ability to capture a sense of danger from the set pieces that comes to the aid of Rogue Nation. Whether it be within a crowded city or in the opera hall, it’s always present no matter where one looks, which adds more to the tension defining the series. Although it’s not merely as tightly assembled as what had been offered in Ghost Protocol a good amount is serviced to the viewers in order to perfectly satisfy what expectations could have been set after its predecessor. On my end it didn’t nearly live up, but with what I was offered, I was perfectly satisfied as I had a good amount of fun while Rogue Nation went on.

There’s a very vibe that the director, Christopher McQuarrie, is given the most freedom behind Rogue Nation for not only is he helming the camera for the film but he’s also responsible for writing the script. His script is as perfectly sound as his direction allows for the tension to expose itself at its fullest. McQuarrie applies more nuances to his own vision especially when compared to previous entries because this seems to be the one Mission: Impossible film that allows for the director’s complete freedom behind what’s going on and thus, a much more sophisticated effort in terms of direction is brought out with what McQuarrie is creating here.

Brad Bird allowed for full characterization with his vision behind Ghost Protocol and to our satisfaction, McQuarrie is indeed doing the same. He already establishes what makes the gang as strong as they stand so perfectly, and with new characters coming along the bunch such as Rebecca Ferguson’s Ilsa Faust, we’re always in for a treat for how much room there is for McQuarrie to explore what their intentions are. It also helps that the performances from the cast are as dedicated as they always have been throughout the series, which in turn created a much more gripping result for those who are watching, as a problem for which previous films encountered is alienation from motives, which soon had faded away after Ghost Protocol had come along.

Yet a big problem that bogs down Rogue Nation is the convoluted nature that had indeed plagued the first films in the series. While the tight structure together with the incredibly staged action sequences make up for most of the film, I felt as if it was never always easy to keep up with the program and while I admire convolution the mystery to the extent it also adds more to the suspense, I’m not so sure it always felt so fitting for a film that was so focused on action, where this approach can also result in alienation to the viewers. Most of Rogue Nation does not suffer this, but when the nature is shining, it’s extremely blatant and had me thrown off at the worst moments.

It feels especially nice to see how ever since Ghost Protocol had come along, the Mission: Impossible series had really begun to pick up in quality. While my qualms with the eventual convolution resulting in alienation from its audience, there’s so much joy to be found in the wonderful set pieces once again together with the perfectly staged action sequences and tight structure. It’s definitely a serviceable popcorn film, but as we see Christopher McQuarrie is truly free to do what he wants compared to the other directors performing their own takes on the series, Rogue Nation truly is bliss.