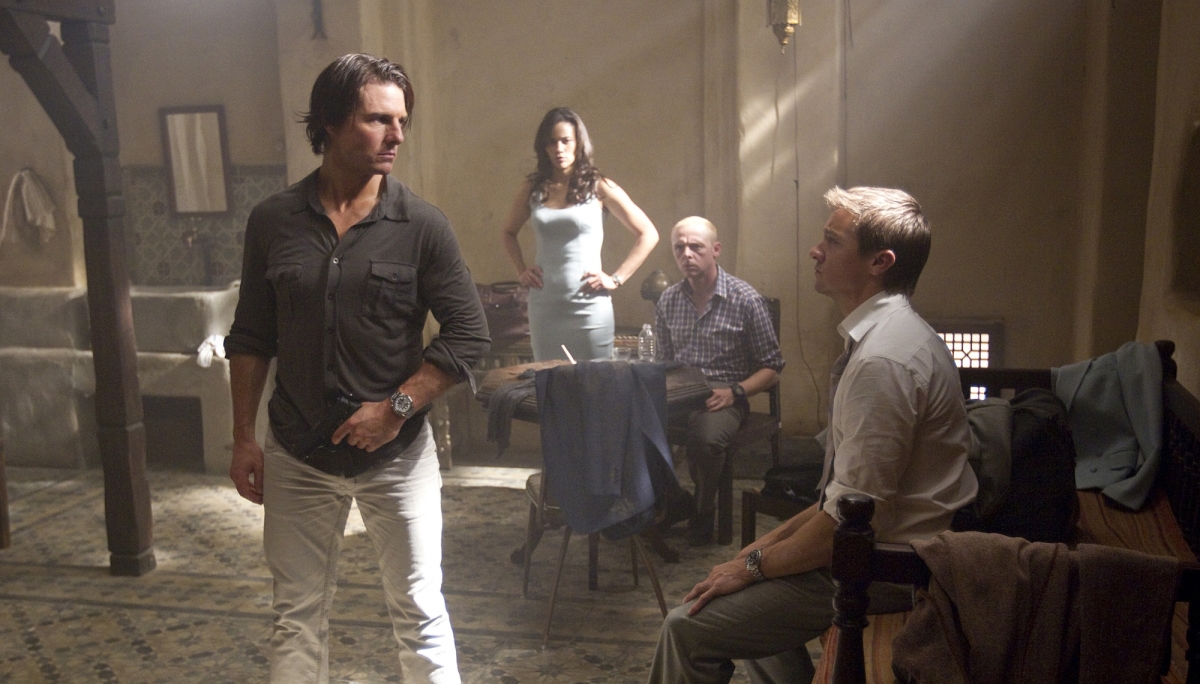 Where previous directors succumb to conforming to the tropes that define espionage films, Brad Bird, coming fresh off directing animated features, takes the series to its very heights for under his own vision, he is able to present a sense of energy which should have been much more prevalent in the previous films, together with a sense of humour to bind it all together, thus creating an overall entertaining ride from beginning to end. It seems as if, for his own live-action debut, Brad Bird indeed had intended to create something that would stand apart from the previous films by avoiding conformity and thus he creates the best Mission: Impossible film yet.

A case for the previous films is that Ethan Hunt seems as if he’s the only character whose motivations are fully realized but here’s where I feel he’s given all that he could ever possibly have received even from the previous entries. While we understand Ethan throughout the series, at least for once, supporting characters also have much more characterization to them and we also are brought much closer to their motivations, thus we have what truly is a high point for the series. Convolutions aside, the fact that we’re brought closer as viewers to understanding what are the goals of these people whom we’re watching on the screen is truly something I was waiting for from the Mission: Impossible series as a whole, as it’s simply the most engaging of the bunch.

From Brad Bird’s composition of set pieces, there’s a sense of danger present on every turn and that’s what helps in aiding Mission: Impossible – Ghost Protocol in order to become what truly is the very best of the Mission: Impossible films. For once, it’s aMission: Impossible film that doesn’t suffer the predictability that the preceding three films have gone through. At least given how the writing is notably strong especially when you look at what had been provided prior, no matter where you look, the tension that had been brought upon these characters for once can be felt perfectly, which only added up more to putting a smile on my face. Just watching how Bird composes these sequences, especially the notable scene in which Ethan Hunt is scaling the Burj Khalifa tower, it’s pleasing just looking at how Bird chooses to move along with his aesthetics.

In spite of all this good, a big problem that had been faced through most of Mission: Impossible – Ghost Protocol is how underdeveloped the villain was. At least in Mission: Impossible III, we are brought closer to Owen Davian thanks to the powerful opening sequence which shows him interrogating Ethan Hunt, not so much about Kurt Hendricks is as established as it should have been, seeing as he lacked enough time on the screen for us to understand him, at least up until the climactic fight sequence. It’s a disappointing turn at least from such a great entry for the series, but the good lot of it makes up for this.

Mission: Impossible – Ghost Protocol is the sense of tension and excitement that I was waiting for from this series. For a live-action directorial debut from Brad Bird, it’s rather pleasing just to see that he clearly wants to make a film that stands apart from all others in the franchise, for that he successfully achieves. While shortcomings come again from the somewhat convoluted storyline, at least Brad Bird works around such flaws in order to avoid alienating his audience. Through his use of set pieces together with how he fleshes out the motifs of his characters, this truly is the Mission: Impossible film that should have been around the entire time.