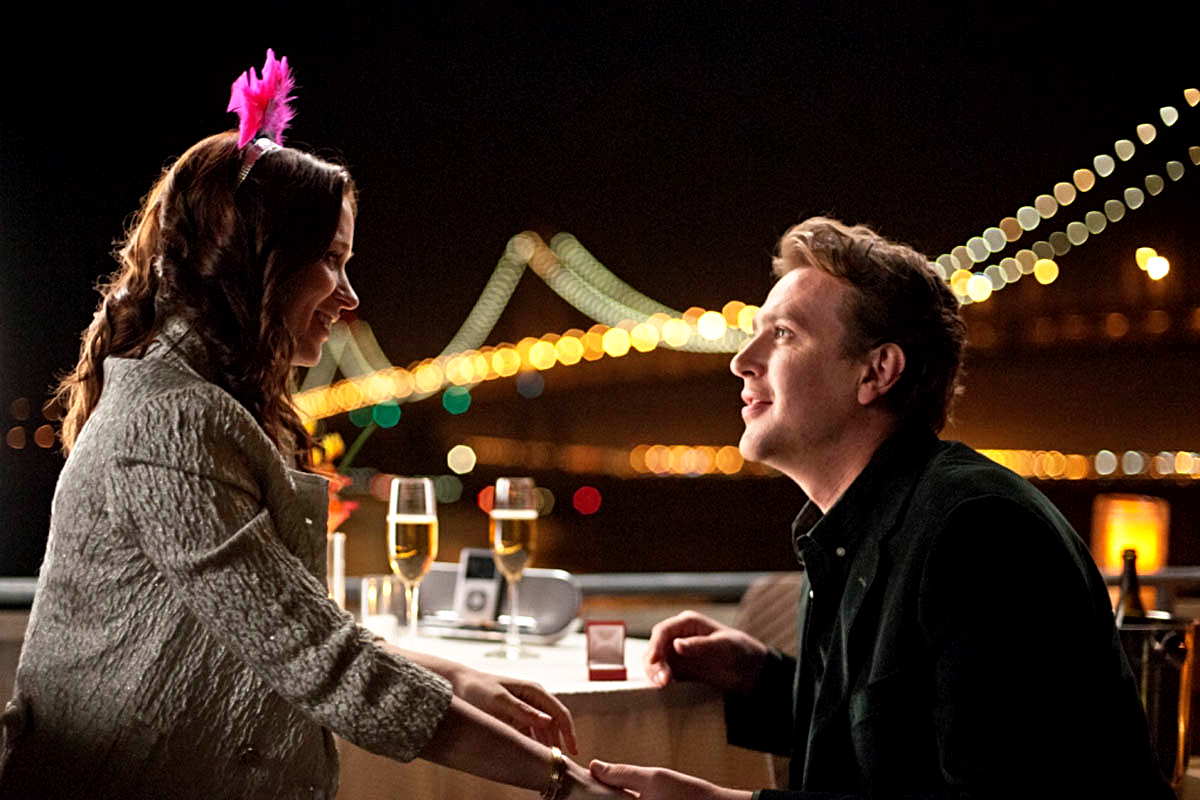 I’m pretty sure the apt title can describe the experience of watching The Five-Year Engagement because every excruciating minute just left me waiting for the end. I guess me generally not being a fan of Judd Apatow-produced romantic dramedies can be one thing but even some of his weaker ones have some heart to them which I can appreciate yet in here, perhaps the lack of engagement (that joke was set to be made at least once) with how everything is flowing was sure to take me out for every bit of it grew to be nothing short of aggravating. I can admit the cast had me rather interested and it looked harmless enough from a few trailers, but seeing the final product was unbearable.

Jason Segel and Emily Blunt are playing a couple who have been engaged yet things get in the way postponing their marriage. It sounds promising enough just as we watch the chemistry forming between the two but everything tumbles really hard after the first half hour. From the moment more supporting characters are introduced all the way down to just how little screen time Blunt and Segel are spending together, The Five-Year Engagement really does feel exactly like what its title already says it is set to offer. What started off so promising suddenly took a big nosedive and headed to a near unwatchable level.

It shouldn’t be surprising with a film produced by Judd Apatow that we have something going too long for its own good, because a good chunk of The Five-Year Engagement stays in one spot, offers a pointless overlong ramble that the film easily could be doing so much better without, and then moves along. With the sort of plot that’s offered in here, this could really suit a 90-minute length because going a little above two hours already feels like such a stretch that becomes such a chore to sit through. The bad pacing is already one thing but the lack of attempts to even bring the supposed romance to the screen only make everything drag on way too much.

My biggest problem perhaps comes from how too many of the supporting characters in here came off as extremely unlikable, which is a shame seeing that some of them are played by likable personalities (focus being directed towards Alison Brie and Chris Pratt). Seeing the lead couple descending into self-loathing was bad enough but the subplot that involved Pratt and Brie probably was the worst offender for every minute of screen time either of them had I wished to punch them across the face, something I never would imagine I’d say about the two of them. I like watching Alison Brie in Community and Pratt already is likable enough as a person but seeing what lows they’ve sunk into in here depressed me, because whereas many supporting characters I didn’t care for mostly because they were shoved in, they stood out as the most detestable of the bunch.

That can’t be bad enough, can it? The film’s attempts at drama only went on to sicken me more with the death of one of Blunt’s grandparents coming about every half hour. Many of these moments feel so abrupt especially how considering the scenes beforehand (except for the establishment the first time around) either give off a much more overly comedic tone (where it clearly is failing to land) to the point that seeing the sentimental territory only feels as if it’s shoved in for the sake of creating drama without a slight means of making any of it feel honest in the slightest, just there for pointless manipulation as if the improvisational rambling offered wasn’t already tedious enough.

At around 90 minutes, The Five-Year Engagement could have worked so much better but for a little above two hours, nothing much happens in order to make me care in the slightest for what took place on the screen and just simply watching the film was absolutely unbearable. Though it’s not completely unwatchable thanks to Blunt and Segel’s chemistry whenever they’re on the screen together (at least in those very rare moments), just making it through the pointless improv together with the lack of development for supporting characters some of which are downright annoying, The Five-Year Engagement is a struggle to even engage with, for it feels like sitting down for five years, perhaps even more than such.