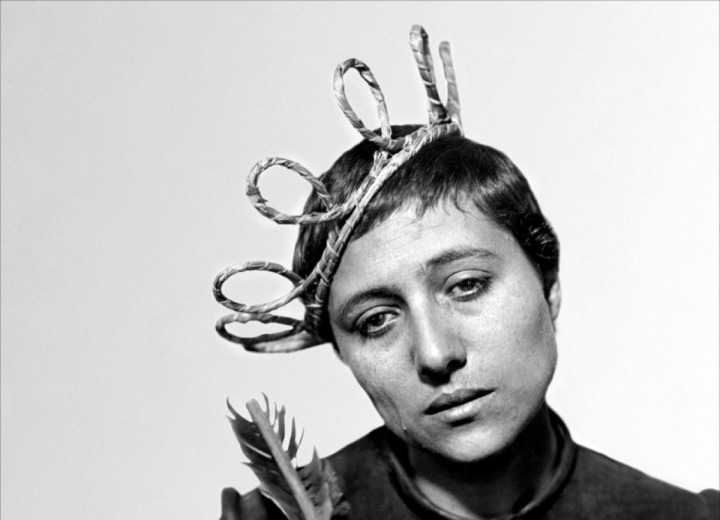 There are many words one can throw out to describe what sort of impact The Passion of Joan of Arc contains upon any viewer. Carl Theodor Dreyer’s landmark of his own era still remains one of the most iconic films of all time. The era of silent cinema could not be much better represented at some of its very best the way The Passion of Joan of Arc creates its mark, for it does not require any form of sound in order to carry the display of pain which it shows especially as emoted from the titular character during her trial and ultimately, her own death. Whether it is watched completely silent (the way I prefer watching it) or with the “Voices of Light” scoring, the impact it carries remains as incredible as always, for this here is cinema at some of its most raw.

As the title would already imply, what The Passion of Joan of Arc is telling a story of is already clear, it is a film of the final moments of Joan of Arc, from her trial to her execution. We are never shown a single image of what she has accomplished prior to these moments, but instead the emphasis on sorrow is where a sort of beauty comes out. It is not so much a film that is informative about what Joan of Arc has accomplished within her life, but from how it shows her final moments on the screen, something all the more intelligent and human arises and thus, we have what truly is one of cinema’s most powerful creations. It is not so much a film about Joan of Arc as much as it is what the title already promises, the passion of Joan of Arc.

Emphasizing primarily on the final moments of Joan of Arc’s life, there is still a beauty to how it is much more than just a film about Joan of Arc. Carl Theodor Dreyer uses the character arc that is realized from his picture of Joan of Arc as a means of exploring how women are still struggling in a society in which men dominate. Even with the religious tones coming from how Joan of Arc is an especially important figure in Roman Catholicism, the tension arising from the politics that Carl Theodor Dreyer chooses to address in such a film add more heights to such a piece. One does not need to carry any religious beliefs in order to feel for the sufferings that Joan of Arc must withstand during her trial in The Passion of Joan of Arc, for what is depicted is a woman, who could be anyone fighting for what she stands for no matter what their ranking may be, only to be dismissed in a society unwilling to see any form of equality.

It is also worth noting how Carl Theodor Dreyer is capturing the sense of confinement from keeping the entire film within one fixed area the whole time. From this very aspect, we get a clear image of how powerless Joan of Arc feels especially as she is in control by the authorities around her, enhancing the effect of the emotional torture which she encounters as the court continues with interrogating her. The authorities around her go as far as using her own faith as a means of manipulating what her for what she stands for, and the claustrophobia in knowing that she cannot escape all the terror happening in front of her only aids in keeping us much closer to Joan of Arc not as a saint, but instead as a human being much like the rest of us.

One can also highlight the many manners which Carl Theodor Dreyer uses in order to emphasize the pain that Joan of Arc encounters, through the many closeups of her face. We are rarely shown the full body of Maria Falconetti on the screen, but only her emotions matter. It is from here the closeness that Carl Theodor Dreyer wants to create between the viewers and Joan of Arc herself is established. From the observation of Joan of Arc coming as closely as shown in The Passion of Joan of Arc, the film succeeds in leaving us no choice but to look at the world around our lead character from her own eyes. When the camera suddenly goes ahead and cuts to a closeup of the faces of the authorities around her, they appear much bigger than the viewers themselves, only aiding more in creating the extreme sorrow which comes to our protagonist. We, as viewers, are not witnesses to this trial. We are seeing everything as Joan of Arc sees it. We are Joan of Arc.

Words cannot do justice to describe the sort of power that Maria Falconetti carries in the title role. Many would argue that this one role is the greatest female performance in film history, and it is a stance which I cannot argue. This performance carries so much upon Falconetti’s facial expressions and the pain which she emotes on the screen is a sense of dedication which has not been mirrored once again. Maria Falconetti is not merely acting in the role of Joan of Arc anymore as much as she truly is Joan of Arc, suffering at the hands of the trial. It was sadly her only leading role on film for it was her only known appearance on the screen, but to deny the dedication and heart that went into such a performance is one thing which I find extremely baffling.

Dreyer does not make Joan of Arc’s story a story only of Joan of Arc, but that of a trial against inequality for all the paranoia running within society. Regardless of your beliefs, there is always something to be found that can grab admiration within The Passion of Joan of Arc, for it truly is one of the greatest of cinematic achievements. It does not need any music in order to lift itself up higher for it already contains such power through Maria Falconetti’s mystifying performance as Joan of Arc. The Passion of Joan of Arc is truly cinema at some of its very purest – a beautiful, heartbreaking, sorrowful experience that places you as close as possible to the trial which we are witnessing, much so to the point that we are not the jury, but the victim herself. This may very well be the greatest of the greatest silent films, and one of the very best films ever made, period.