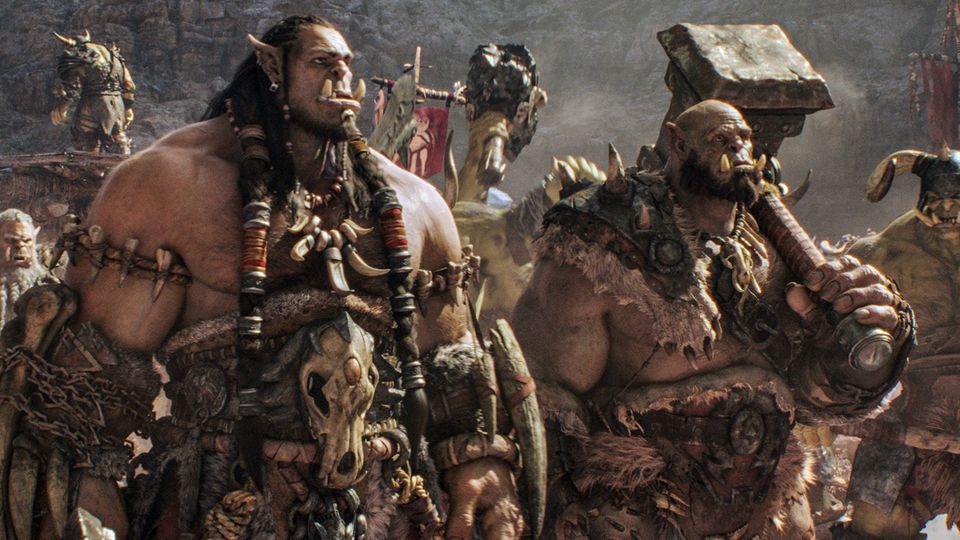 The best way I can describe Warcraft is that it’s a film that merely exists for people who are already familiar with its source, because given my lack of experience with the game series I felt as if I were lost because there was so little that I knew about who or what. Yet I still admire it on the count that passion can certainly be felt at least in Duncan Jones’s direction, trying to recapture what I can only assume fans will recognize out of the Warcraft games. The problem at hand, though, is that it seems like the lack of recognition towards those who have no connection with the Warcraft games like myself, will end up finding nothing more than an alienated experience out of such and in turn so little of the film ended up doing much for me. What I can only assume that Duncan Jones had intended to create with Warcraft was not only something that he knew would satisfy fans of the games but also something akin to The Lord of the Rings at least in terms of video game films. It would be clear when you piece everything together when you look at the efforts that have come into the film, whether it be from the visual effects design or the scope of the story. Yet instead what we receive falls dreadfully short of such rankings as rather little seems to jump out of the screen for those who have no connection with the Warcraft video games. All these efforts instead seem to bog down what could have come out from such a film as they go on to provide the opposite of the desired effect.

I’ll at least credit Warcraft when it comes to the visual effects and the set pieces because many of them are extremely gorgeous to look at. What’s most admirable about Duncan Jones’s direction is seeing how he can create something that grabs the eye from the start of the film all the way to the finish no matter what scope he is working with. Working now on a bigger budget when you compare it to his two previous films, Moon and Source Code, what can already be expected given the sudden shift is a film that is filled to the brim with a visual effects extravaganza and what is promised is delivered – beautiful visuals, set pieces, and scenery take up the screen for the two hours in which Warcraft is running. Once in a while you are going to get a fun action sequence, but for how much fun it can provide it is not enough to save the final product.

Unfortunately for all the visual flourish which Warcraft revels in, something so much more problematic at hand comes when we are to look at how it plays out on a storytelling level. For how much Warcraft revels in the beauty of its visuals, the story never feels compelling enough to keep one’s attention to what’s going on and as many names are shouted out inside of this new universe, it is so hard to follow along. Duncan Jones certainly carries a great passion with recreating the world of the Warcraft games into a cinematic form, but the problem at hand is that people who are unfamiliar with these worlds would end up alienated from the material on the screen, for nothing feels properly introduced nor explained, which in turn placed myself at distance from what even was going on. There was a point in which I found it so troubling to follow, but to what I could understand, I just simply told myself I don’t care because of how uninterested I was.

There’s yet another problem that arises out of Warcraft when we are to talk of its grand scale, as it ultimately becomes a distraction towards a sense of what the film wishes it were going to be. It certainly is easy to feel that Warcraft wants to be something more when you look at how it is at times attempting to be much deeper than one could expect especially with the narrative experiments being put into play. Nothing especially rang as convincing if I were to look at what had been executed when talking in terms of the substance, as an overall campy feeling given away by a weak screenplay only ended up pervading the film overall. It is so distracted by what more it has to the point many critical factors seem to be missing.

Warcraft may present what fans of the game series would want, but to those unfamiliar to the source like myself, the experience will almost seem alien. There’s a whole lot that one can admire about Warcraft at least when you look at what it manages to achieve on a technical level but so much feels missing from the overall experience that would have made for a more interesting journey. Duncan Jones’s passion for the original source is commendable, but it lacks a sense of soul or a compelling narrative. One can go ahead and watch Warcraft but instead of being pulled in, they are only wading through a world of high fantasy that leaves far too much unknown to the unfamiliar. Fans of the games may rejoice, others I cannot say the same; what they will receive will come out as nothing more than a slog from start to finish, the side of the spectrum I fall under.