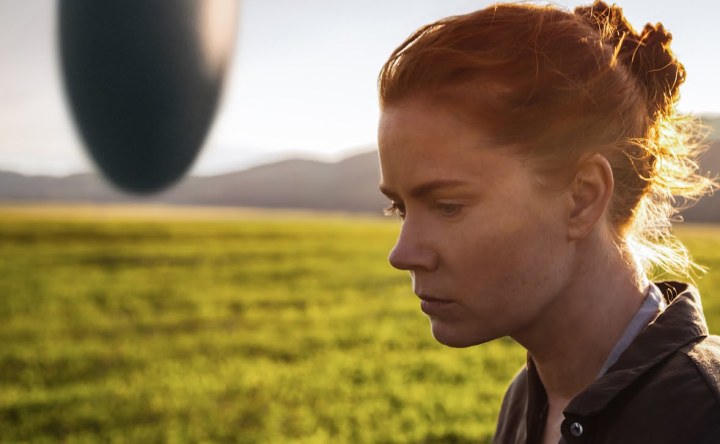 There was a single point in Arrival to which I just had one simple thought running, one that struck my own face in awe – because what Denis Villeneuve has left behind hits as a modern day Solaris could. In a way, it hits beats that could remind one of Steven Spielberg’s Close Encounters of the Third Kind, maybe not in a direct manner with the sentimentality of said work but in a more grim approach which he had been employing from Prisoners onward. I had a good feeling that his own experimentation with atmosphere can lead only to the very best when I came out of watching Sicario, but with Arrival, Villeneuve has outdone himself. It may be early to call it, but I feel it is set to grow to become a defining work in 21st century science fiction cinema – maybe the best we have gotten since Alfonso Cuarón’s Children of Men.

Many films that touch upon what happens upon the encounter of an alien on first sighting revolve around what humankind is attempting to make of their coming to our home, but an important thing to establish beforehand is a search for a means to communicate. Denis Villeneuve covers that search in Arrival, and where it brings a group of people across the globe – in regards to their interpretations of the messages the aliens are giving. Amy Adams is at the center of our attention as she plays the linguist Louise Banks, assigned to help the American military in translating the many messages that they are sent from the spaceships, together with the physicist Ian Donnelly (Jeremy Renner).

Villeneuve draws back to Close Encounters of the Third Kind through Arrival in the sense that it captures the global hysteria of the unknown making contact with us, but he draws away from sentimentality in order to bring a certain tensity which heightens the impact it leaves behind. The unknown is the force that defines Arrival, and ultimately the reason as to why the style which Villeneuve employs works at its very best. The whole way through, Villeneuve floods Arrival in nothing but secrets and soon that is where the power becomes clear, even from the moment in which a certain grasp upon what the aliens bring as a means of communication with the human race, we still have no guarantee about the intention at first. When aliens come by, the only things that the human race could think are how they have come for peace or to bring war – but with Arrival, Villeneuve challenges the quick nature of those conclusions.

It was clear to me that Villeneuve has aimed for something much more with Arrival when much greater focus had been given towards the relationships that the humans carry with one another, but something clever had arisen with what had been intended of the first sightings of the aliens – for we are left under an image of awe to set the running course of Arrival in motion. I’ve not read the short story which Arrival is based upon, but if anything I find my interest has already been piqued all the more because the awe to which we are presented, in no time, becomes a key factor to where Villeneuve’s work around suspense only allows itself to expand for it throws hints towards what made Amy Adams’s character what she is, then as we begin to understand what importance they lay to what is set to come, it heightens the film’s emotional resonance.

The poignancy to Arrival and its more humanistic approach to the story is one thing that helps itself get rooted within the memory of its viewers – for Villeneuve’s focus towards humanistic ideals mirrors the sort of confusion that would flood the mind from the moment in which something unknown lands. It is helped all the more thanks to the work that Amy Adams places inside her character, for the glimpses we get towards her psychology only present more clues to the intent that Villeneuve had aimed with Arrival. While her performance stands out, much more is set to arise out of Forest Whitaker, Jeremy Renner, and Michael Stuhlbarg, but if there’s something all the more meaningful arising, it would show from how Villeneuve lets loose a great social criticism through an allegory that the ship signifies.

It may be a bit early, but I know Arrival is set to be remembered in the many years to come as a defining work in the science fiction genre for the 21st century. Knowing how many films about first contact are generally set to play out, what Villeneuve employs with Arrival is interested in challenging everything all the more. If Christopher Nolan would have imagined at first that he had created something deeper with everything played at face value in Interstellar, there soon comes Arrival – presenting a greater challenge with showing only uncertainty and how it freezes us. But even at a point it seems like it’s too late, maybe it might not be after all. I thought Villeneuve reached his peak when he made Sicario, but with Arrival – maybe he’s gone even higher.