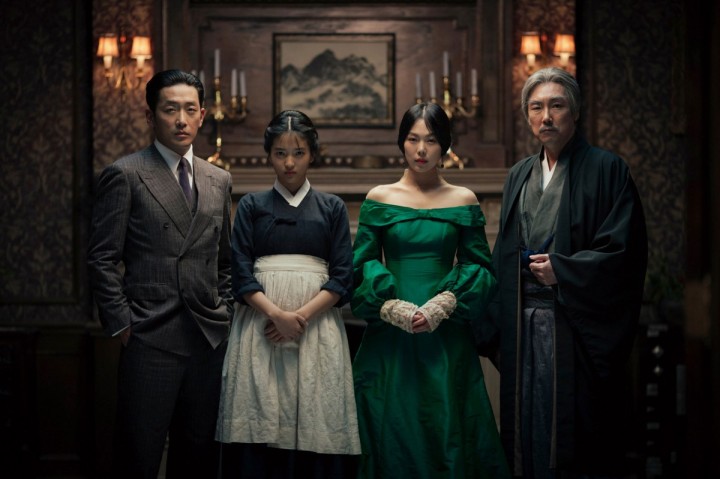 It took me three viewings to realize everything that I loved most about Park Chan-wook’s The Handmaiden, for the director’s twisted erotic thriller has proven to be his best work since Oldboy – another thriller almost as demented, if not, maybe even more. If last year already had found its own lesbian treasure through Todd Haynes’s Carol, then it’s safe to say another one has arisen from The Handmaiden. I knew something eluded me on my first go but it was on a third viewing where it was easy enough for myself to solidify The Handmaiden as one of my favourites of the year, and maybe even the decade at that.

The glory starts from the influence taken from the Victorian era novel Fingersmith by Sarah Waters, and this time shifts the setting to Korea under Japanese colonial rule. It was clear already to me something about The Handmaiden aside from its lesbian elements had reminded me of Carol – in the sense that it was evocative of an older period in time and yet the setting is used to the film’s own gain. With The Handmaiden, the central relationship that Park Chan-wook produces between Lady Hideko and her own handmaiden Sook-hee only fuels a greater commentary to be told deep down as something more amidst the lines of passion develops between the two of them.

Many would recognize Park Chan-wook’s bizarre eye for an aestheticization of even the most twistedly violent sequences of his films (Oldboy especially being central proof) but with The Handmaiden it is not the focus even though it is still laced then and there. It does not go down alongside a pathway which Park Chan-wook had taken when he went behind I’m a Cyborg, But That’s OK (probably his weakest film in my eyes had it not been Sympathy for Lady Vengeance), but something else arises when a primary focus is sexual content. Two prolonged sex scenes that almost border towards a level of pornography define The Handmaiden‘s most memorable moments for the beauty arises not only in the way they are filmed but in how they also root us as viewers into the psychology of his characters.

That is perhaps the greatest strength of Park Chan-wook’s work that has remained so consistent through his filmography, and it also aids in creating something more clever in The Handmaiden. From the small moments of facial interaction between his leading actresses, Kim Min-hee and Kim Tae-ri, it was a growing passion that had risen between the two which soon became one of the greatest assets of the film especially with the time period which it is placed in. Amidst said era, society kept classes and sexes at a distance from one another and in The Handmaiden there was a sense of growth that came about when we observe a desire away from control. Park Chan-wook eloquently mixes elements of romance and thriller in order to create one of the year’s cleverest offerings, for there is never an uninteresting moment to come within the unfold.

I knew already that there was something more to The Handmaiden that I missed upon my first watch but it took me several revisits to realize that there was something so darkly humourous arising out of the most unexpected moments. One such would be from the film’s closing line, but something convinced me that it only succeeded in tying so much together. Just as Park Chan-wook’s intent was to drive viewers to the passionate romance between the loving pair in Kim Min-hee and Kim Tae-ri, a greater sense of perspective arises that moves thoroughly without any need of a compromise, for it touches upon the male gaze of a lesbian relationship and remains so confident in such. All of it has been heightened all the more through the film’s clever use of dialogue which soon left me thinking that I only underestimated The Handmaiden on first go.

Further revisits of The Handmaiden I can only imagine are set to provide so much more grace because Park Chan-wook’s consistency with such a dementedness only gets all the more fascinating. If it were not clear enough from Oldboy, it would expose itself through where such a twisted nature had been growing in The Handmaiden. Many words can be thrown at it in order to describe what sort of a mood it evokes, whether it be “sexy,” “beautiful,” or “hypnotic,” it would only be set to understate how clever The Handmaiden truly is. This erotic period thriller is not something to be missed for I only know for sure it is set to be remembered as one of the most gorgeous films of the decade.

All images via CJ Entertainment.