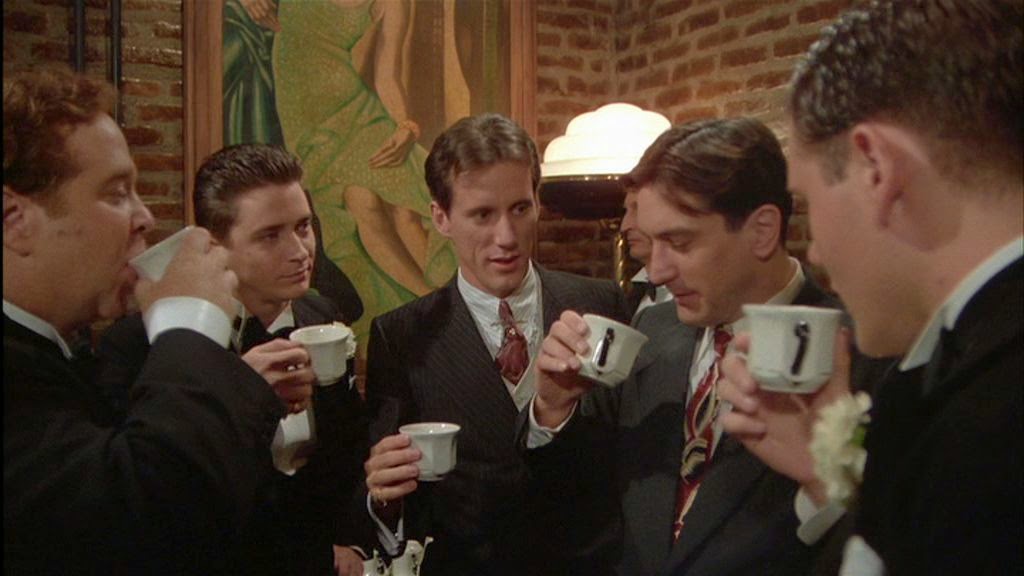 Sergio Leone’s gangster epic Once Upon a Time in America is not only the director’s swan song, but it is also the film that I would like to think of when talking his work as a whole as his finest achievement. A mammoth gangster epic but also a personal reflection on the director’s own direction in life that could only translate to the screen in such a manner. The incredible length makes for something exhausting but it’s never in the sense that it deters from the glory that it presents. There are many tales it tells all at once and with the many moods it creates, something more meaningful within the tapestry being formed. On this count, it could very well be Sergio Leone’s most thoughtful but it had gone hidden for the longest while because it was not seen properly in its time. 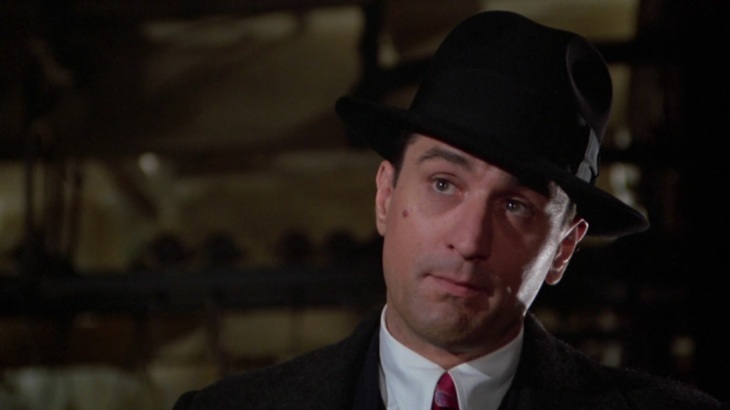 Adapted from Harry Grey’s novel The Hoods, Once Upon a Time in America spans from 1920 to 1968 as it chronicles the lives of Jewish American gangsters that grew prominent during the Prohibition era in New York City. Sergio Leone employs episodic storytelling, and shows us this tale of a rise and an eventual fall by interweaving through flashbacks, all that come down to Robert De Niro as our protagonist, David “Noodles” Aaronson. In the 1920’s, he started off as a street child and together with his friends committed petty crimes around his ghetto. But as we weave through time when this story keeps moving, there’s a greater sense of morality being questioned when we reflect upon how everything has went through the eyes of Noodles Aaronson.

One of many things that comes to mind when I wish to talk about Once Upon a Time in America is the journey it covers within such an incredible running time. It covers an entire life’s trial to the point of exhaustion, but in that same sense what we witnessed is nothing else other than rewarding. Sergio Leone’s structuring of such a story, plays out within a manner of one looking back upon life choices and how they have affected where one stands now. It was inevitably clear within the character arc of Noodles Aaronson that there was something unsatisfactory about what has been achieved, but it could perhaps be through how everything all had come together: the great running time only heightens how long the journey has come.

Leone, for the incredible grit that he has ever managed to employ when working with the western genre,finds himself at much greater stakes when he works behind Once Upon a Time in America. His work from the western genre has always been gritty in terms of appearance but with Once Upon a Time in America, something goes beyond what level he once formed in order to heighten what makes Noodles’s character arc so powerful. Leone goes close-up and never cuts away from blood spurts nor a brutal rape, in order to create something so visceral – one creating a distress almost similar to that of Noodles. Oftentimes within action it is easy to find a thrill as Hollywood or Leone has shown before with his spaghetti westerns, but he grounds himself to another level in Once Upon a Time in America for reflection upon Noodles’s past choices and Leone’s own steps to move to where he managed to achieve: is it really as thrilling anymore upon thought?

With everything that is repulsive in Once Upon a Time in America coming clear, there are still moments of beauty that arise everywhere – whether it come out from how Sergio Leone directs this tapestry to move in the fashion that it does, or the cinematography, but had there ever been a highlight out of all the most beautiful things to come out from Once Upon a Time in America, it would be clear from Ennio Morricone’s score, which is hands down my favourite work from the composer as of yet. Ennio Morricone’s score carries a great tragedy amongst itself that only heightens the emotional complexity of the story at hand, as we weave through aspects that have defined Noodles’s life as a child to an adult. If there were a track in particular that stood out, it would be “Poverty,” for what Morricone captures in here plays almost like a memory to look back upon, and once the flute comes in to leave its mark, the tragedy of such a piece arises when it signifies how everything that haunted us prior only flies away in an instant: just like the tale that Sergio Leone is telling.

Once Upon a Time in America also has a greater sense of tragedy through Noodles’s character arc as Leone presents his development in a manner that almost works just like William Shakespeare’s Hamlet with Noodles in the Hamlet role and Max in the Horatio role. As a child, Noodles is searching for a means of survival through the poverty that filled the Jewish ghettos at the time. Together with the older Max, he conspired against his corrupt boss, but his coming-of-age within this time frame calls for something greater in the meantime – for his life as a petty crook allowed him to witness sexuality and death on the spot, which haunts him as these events come back like memories to haunt Noodles for they were critical factors to allowing himself to reach the status to which he managed to acquire, with Max turning no better than he has and soon enough, their ends have found a sense of peace that fulfills their own trials.

Robert De Niro plays Noodles at both 1933 and 1968 – a role so haunted by guilt and loss experienced during youth. But even during the childhood years, there was always something compelling within Noodles’s figure that always kept me watching and the child performer made everything all the more believable too. A young Jennifer Connelly makes her mark at the same time, but while her part as the young Deborah has already shown its own significance, something much greater can only arise as Elizabeth McGovern plays the older Deborah. James Woods is both tragic and frightening when he plays Max, a deceiving figure who is shown to us as Noodles’s close friend together with a manipulative authority especially over Carol, who is shown to be his girlfriend. Tuesday Weld is yet another underrated presence that defines Once Upon a Time in America, for tragedy can only arise through her treatment.

It would certainly be easy enough to talk about how Sergio Leone has indeed presented women all throughout Once Upon a Time in America: all of whom are worthless objects that are not thought of in higher power especially in the criminal underworld. Carol is thought of lowly by Max although she proceeds to love him, and Noodles was shown during his youth to have been spying on a young Deborah only to find a different side of Noodles ever present. How exactly has everything come together in such a manner, it would only be fitting enough to say that what more is exposed through Leone’s choice to portray violence especially when compared to how he once played it out in his spaghetti westerns, there was a lingering effect all throughout that gives Once Upon a Time in America a sense of brokenness through each character from how their life choices have defined what they have become.

With Once Upon a Time in America, Sergio Leone could never have had a much more fitting swan song – for what he created not only is one of the best American gangster films ever made but a near four hour period reflection of life and what one’s choices have brought upon themselves. Sergio Leone has ended off a long career on a note that shows him expressing a sense of thoughtfulness, within past actions and their impact on our own well-being. It contrasts everything else that Leone has created in the best sense for instead of going off-the-walls, a more grounded and refined wok has arisen and it lays its mark like a tragic memory. A personal Hamlet, perhaps in a sense, for the after-effect is exhaustion, but in a rewarding sense after the film’s final shot, with Leone finding himself at a peace he had been meaning for.