On the surface it would be easy to say that The Lego Movie is a horrible concept and yet Phil Lord and Chris Miller manage to make something so much better than what would ever be expected out of it. With The Lego Movie, the duo’s second foray into animation after Cloudy with a Chance of Meatballs, they take the beloved toy line and somehow manage to tell a story out of it with such ease. For as broad as the limits could ever be, it’s nice to see that the duo make great awareness of such with The Lego Movie and call for greater wonders by bringing them onto the big screen. First they take the improbable with Cloudy with a Chance of Meatballs or 21 Jump Street but something that could have easily come off as a nearly two hour long commercial ultimately becomes even more joyful inside. 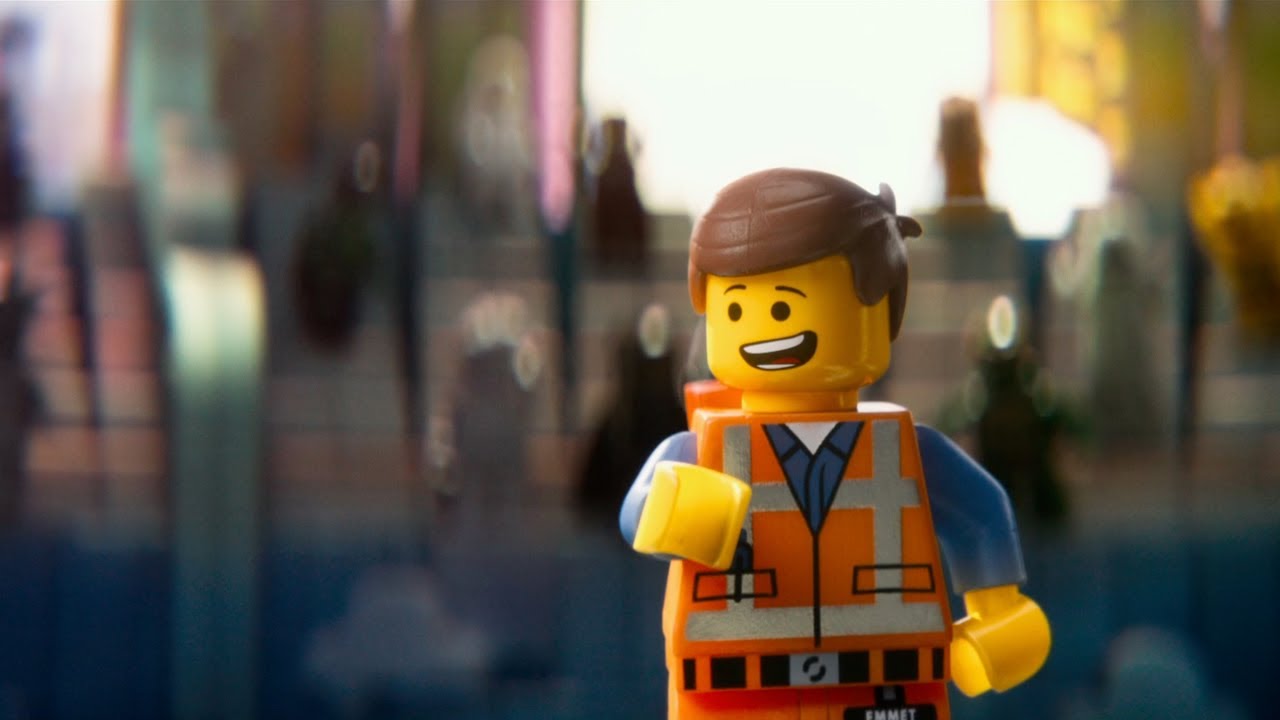 The story of The Lego Movie parodies the typical hero’s journey with Emmett, a generic Lego minifigure who conforms to the society around him, who discovers that of all the other minifigures out there, he actually might be the legendary MasterBuilder. As the MasterBuilder, he is the only one able to aid a resistance against President Business, who only wants an image of perfection across the world by gluing everything together. The goal of The Lego Movie is clear, take what has already been made extremely familiar by the most popular blockbusters and openly mock how generic they are by nature by creating something aware of common it is to see this structure coming along. On one hand, there’s a spark of creativity that shines all throughout as one can expect on the ends of Lord and Miller, but on the other, its supposed cleverness doesn’t land as much as it should.

The creativity comes along from how The Lego Movie sets up its own universe, whether it come down to the attention to detail on the animation, smaller characters, and by its own nature. It also helps that the film moves in the frenetic manner that it does with its frequent film references like Will Arnett’s Batman parody or outright childish nature in Alison Brie’s Unikitty, Lord and Miller are never afraid to head to such depths because it’s clear in their intention they want something that brings memories that hit almost like playing with such toys once again in their life. In this world that Phil Lord and Chris Miller have created, they don’t have any sort of limits for the possibilities that can come along the ride and they make the best use of this freedom by continuously building a playground as it keeps on moving along, only calling for the best.

That’s not to say this nature has its own faults, because the film’s message about creativity in some way doesn’t jive as well with its constant pop culture references. While I do appreciate how the film managed to find a way to justify its own overuse of pop culture gags almost in such a manner that it wants to jab at how family comedies have been making too many stabs for their own good, The Lego Movie‘s constant need to come back in some way seems rather contradictory for its own aim. It didn’t exactly help that the film’s own self-awareness came by and had to get in the way, knowing for how inventive the film is when it comes to its formation of a new world on the spot, it seems to mistake this aspect for actual cleverness and at times plays out like a hindrance.

Nevertheless it feels easy enough forgiving that when you find yourself on board with the beautiful animation coming along for it perfectly suits the worlds of these Lego minifigures. The voice actors are always delightful with Will Arnett and Alison Brie stealing the spot especially, but it’s all the more lovely just to see how every small character gets their time on the screen in order to shine, now matter how big or small a part they play in the film. For every misfire the film makes it still feels easy enough to come along with the ride given its rapid-fire pacing and how an entire bag of comedic gold still comes by at a blink. It was already perfect enough that The Lego Movie had come again to embrace this in itself for it only shows a great affection for what it can reach out for.

The Lego Movie was never something that could have worked nearly as well as it did, but Phil Lord and Chris Miller manage to succeed on the spot. While it isn’t especially something mind-blowing, it was a far better product than it really had much right to be in the first place and it’s just pure fun all across the board. Kids will enjoy seeing the joys of creativity from playing around with Lego toys just as adults can latch onto the pop culture jabs, but it still feels universal in its message for how sentimental it may be in terms of its own delivery. It could only have been left up to Phil Lord and Chris Miller to make a concept that could seem terrible work nearly half as well as it did here and even if certain jokes don’t particularly land as much as others may do, it’s a quick ride for the whole family.