It’s hard enough for me to try and comment on Felipe Cazals’s Canoa: A Shameful Memory from its own sociopolitical context because of a fairly limited knowledge I carry about the background it is set within, but nevertheless I was taken away from the viciousness on display. Often considered as one of the most representative figures from his own generation in Latin American filmmaking, Mexican director Felipe Cazals has only brought out one of the finest films to have come out of the period. But as I was watching Canoa: A Shameful Memory a chord that almost struck me was one that brought Medium Cool back into my mind, although I feel safe in saying this has succeeded far more in itself. As anger consumes the world at one point in time, the title alone would already foresee a specific feeling coming afterwards, one of great shame – hitting oneself like a trauma. 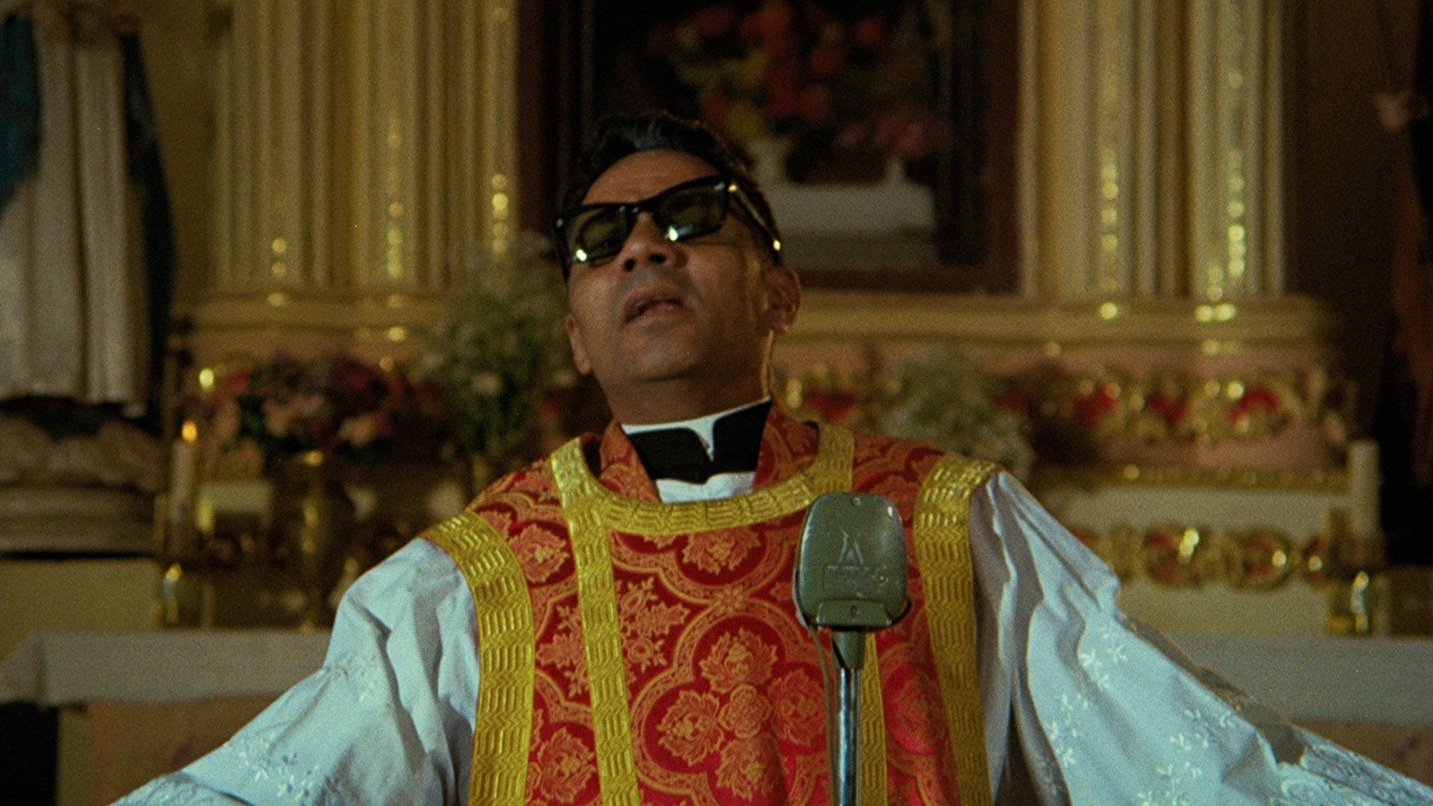 The film, taking place in the year 1968, is based on a true story of a group of students who go intend to go to San Miguel Canoa in order to go mountain climbing. When they arrive, they end up being accused of communists inside of a far-right community by the local priest, and soon are treated like criminals impending a lynching. In this town, poverty has run rampant for the priest owns every last available piece of property, presenting a visible commentary about the presidency of Gustavo Díaz Ordaz. Considering the fact that Canoa: A Shameful Memory was the first film to capture an account of the tragedy of September 14, 1968, only eight years before the film’s premiere, one of the boldest moves on Cazals’s end is present and there comes something far more visceral about the experience it leaves behind.

One of many aspects that should grab anyone from a first watch is the fact that Canoa: A Shameful Memory is presented almost like a documentary, employing the feeling of being a horror film. The plot summary is one that could almost read like a horror movie without the context behind it, but there was a growing claustrophobia coming back because of the way certain scenes have been set up. Innocents are confined as a result of the climate around them and there’s a growing anxiety that we feel regarding what is set to come forth for the students, because of the extremity of the situation that they are within. But the impact comes because this is something that almost could be played out on a universal level – this is a lunacy that isn’t limited only to the political context but from the fact that the entire town is manipulated by their local priest comes another fanaticism. The villagers are people who follow every word of their corrupt leader, because of his authority over innocent people as they are illiterate or in poverty, as if his word leads them down a good path: the harsh reality comes about.

There was another gut feeling of hatred I had as I was watching this film, and it was towards the priest. This is a man who embodies every quality of a corrupt leader and will manipulate all of his followers to believe what he said no matter how ridiculous it sounds. There’s a thought that kept running in my head that this extremity has been present even today, as power runs over one’s mind. One can look at the priest figure and deep down what is so easy to be felt is a great sense of hatred because of the way he sees people who don’t agree with him and how he has practically intimidated others into following by his own ideology. But the villagers are not the ones at fault as Cazals portrays them here, they are victims of circumstance just as the students were. In the same sense that Cazals could easily have directed a politically-themed horror film what he also presents is exactly what the title describes as “a shameful memory,” highlighting the tragedy of people who have fallen victim to this sense of corruption.

This social realism could never have been captured any other way, because Cazals presents events that we witness on the screen akin to a documentary feature. In the opening sequence, we are watching journalists as they receive reports that innocents have been murdered at the hands of a mob. But soon come interviews that recall the events and there comes another foreshadow that only would help in setting up the tone and mood that we are to feel as the story is still being told. Cazals’s use of documentary-like techniques only emphasize the tragedy of such a time in Mexico’s history and exemplifies another form of activism that is vital to the narrative presented. What happens as a result is that it creates a more confined experiment within the narrative and all that results is an unnerving environment which soon becomes the basis for the film’s success. Cazals openly confronts hypocrisy upon power, whether it be government or religious corruption – and presents Canoa: A Shameful Memory as a means of calling out.

Watching Canoa: A Shameful Memory only left me in a state of shock. I was in a state of shock at the craft put behind telling such a harrowing story on film. I was shocked how such a film had been made especially this soon after the incident had taken place. I was shocked how much of it still rings even inside of our world today. But most of all, I was shocked that it was all something that actually happened that had become a haunting part of Mexico’s history. What Felipe Cazals has presented was quite possibly one of the most powerful forms of activist cinema that any screen has ever witnessed – for it cleverly mixes horror, pseudo documentary, and tragedy, all to bring people back to a point inside of their history that is so unforgivable, and tells us why we still need to learn. This is a film that needs to be sought out more as time continues to pass by, because mistakes like these are only going to be repeated over and over again and remain a permanent part of any nation’s history.