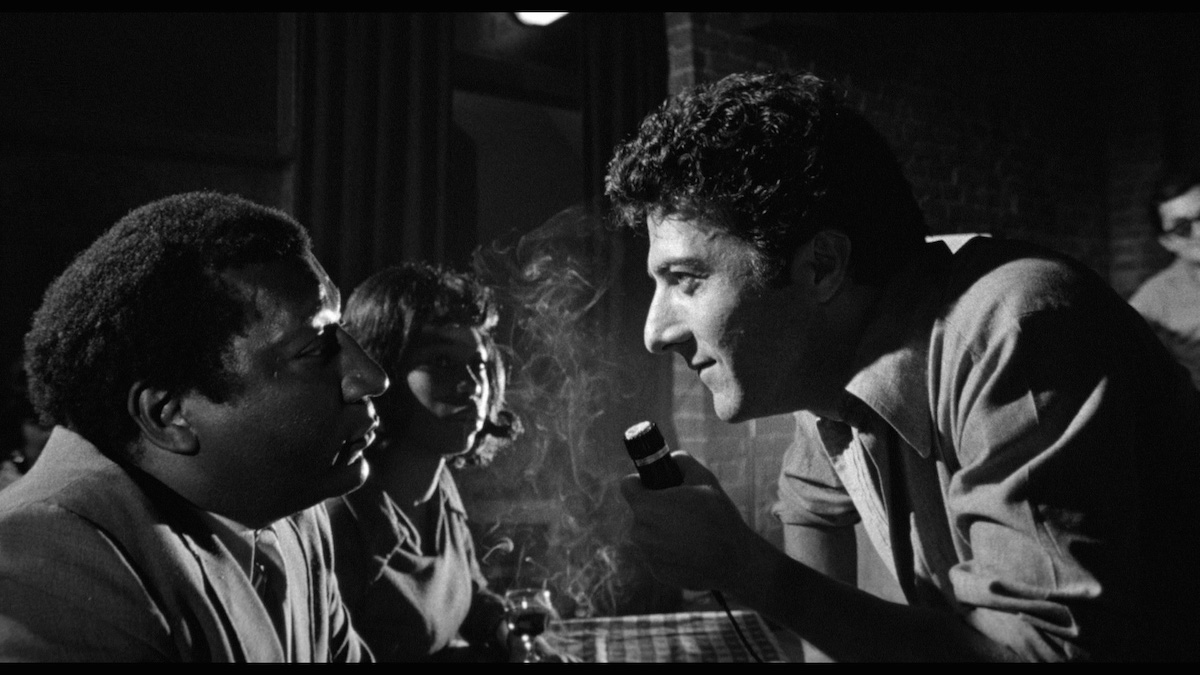 I think it was only most fitting that Bob Fosse of all people was the man who went behind making a film about Lenny Bruce. But how exactly would a biopic be able to capture a sense of what the man was truly all about? Maybe it was the fact that Bob Fosse was already working himself up to the point he’s captured a sense of what the man was like on the inside, for he was editing this at the same time he was choreographing Chicago, something he went ahead and fictionalized eventually in All That Jazz, his own invitation to a glimpse at the creative process of an artist. And that’s only a fraction of what made me love Bob Fosse as much as I do, because like All That Jazz which came later, he didn’t want to take someone else’s story and turn it into any other disposable biopic. I’ve known the name of Lenny Bruce for a while already, and I’ve already found a newfound respect for him thanks to what Bob Fosse had painted of him in Lenny. 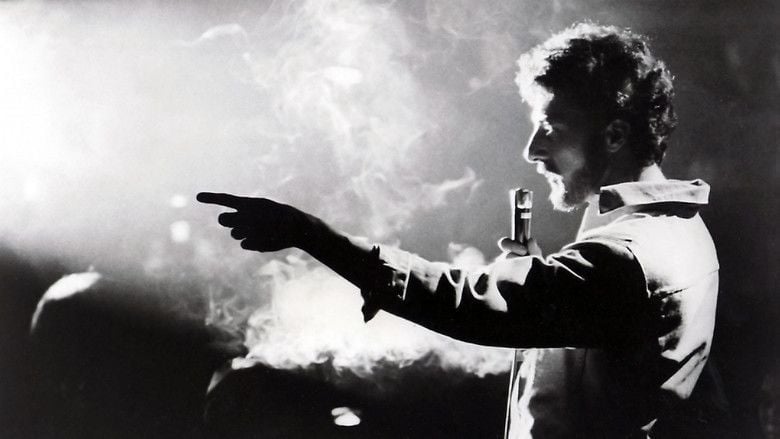 For people who are unfamiliar with Lenny Bruce, here’s a summary that should also be easy to find over on Wikipedia. he was a stand-up comedian and satirist known for his political commentary, which ultimately made him a poster boy for freedom of speech. In Bob Fosse’s film, he is portrayed by Dustin Hoffman. He was arrested in 1961 at the Jazz Workshop in San Francisco on the count of obscenity for his usage of the word “cocksucker,” thus he had become a poster boy for freedom of speech. He was a provocative artist during the time, and is often regarded as one of the greatest stand-up comedians of all time. But being a man who shocked the world in such a manner, he was also a hypocrite at that. And yet it was within these hypocrisies, even greater hypocrisies only find themselves exposed to greater lengths. That’s the beauty of Lenny, Bob Fosse knew he was a complicated man – so he tells this sort of lifestyle to his own viewers up front with this biopic.

What does Bob Fosse invite you to make of a man like Lenny Bruce? Is he calling for sympathy for his own cause because of how far we’ve gone today, with profanity becoming as common as it is? Lenny Bruce isn’t the ideal innovator for progressiveness in America, and Bob Fosse doesn’t intend for this sort of person to be shown as a hero. Fosse plays everything about Lenny Bruce’s lifestyle in such a cynical manner, criticizing the society around him just as much as he is also critical of Bruce being seen as the image of a hero. Bob Fosse broke down as much as he could of the regressive society of the period and as Bruce’s hypocrisy in order to paint another clever commentary within itself. There’s only so much where “freedom of speech” can lead oneself, especially in today’s world – for perhaps it’s a concept that takes hypocrites in order to allow itself to move onward, inside of a world where narrow-mindedness and narcissism is what allows oneself to shine brightly.

And right there is where the most heartbreaking aspects of Lenny find their way to shine. You still have this complicated outlook on what he did for a living, in order to acquire the legacy that he has made for himself, and yet it is so easy to recognize he is still a human being putting so much at his own risk. It would be easy to assume from the outlook that the film is about a famed yet controversial stand-up comedian during the time would still be funny, especially when we have a possible commentary on how far we have come as a society. And yet, Bob Fosse is presenting the opposite all throughout, it’s cynical at its core, like Lenny Bruce’s antics themselves, and that’s why the story is so heartbreaking. We saw that Lenny Bruce had found a woman whom he loved most in the stripper Honey Harlow. And seeing how Dustin Hoffman has turned himself into Lenny Bruce on the spot, we also receive what truly is one of his finest onscreen roles to date.

But the way Bob Fosse tells this life story doesn’t take itself in like that of a normal biopic, rather instead it almost indulges within the format of a documentary. The fact that it’s shot primarily in black and white is one hint, but the interviews within people whom Lenny Bruce knew within his personal life, together with splices of his comedy routines – everything pieces itself perfectly in order to create a complicated outlook of a man who sought to break the taboos in some way or another. One can say about his methods what they will, but when I got a taste of his comedic routine for myself, it was easy for myself to see how Lenny Bruce had acquired such a legacy. These bits were funny, for I would imagine the real Lenny Bruce would have delivered such a punch when performing live. We saw a man who practically had given his own life away in order to speak his mind, for better or for worse – and he was a genius at that.

It’s stunning how much of Lenny manages to bite within where today is going. It’s stunning what lengths would Bob Fosse manage to take himself to in order to tell the story of a complicated figure. Regardless of what one is left to make of what a man Lenny Bruce was, the core of Lenny lies within how we still saw a troubled human being who wanted to speak his mind. It really doesn’t matter what one can make of Lenny Bruce as a whole, but in how Bob Fosse got a taste of what he did for a living and tried to capture every bit of it on film – I would only imagine it takes a whole lot of courage. One can make what they will of Lenny Bruce, a hero or a scoundrel, a genius or a hack – but there was still an important lesson he taught while he was still around: hypocrisy only builds upon itself to topple hypocrisy. And it only finds itself among many more reasons as to why Lenny should be sought out. He was a walking contradiction, just as any human being can be.