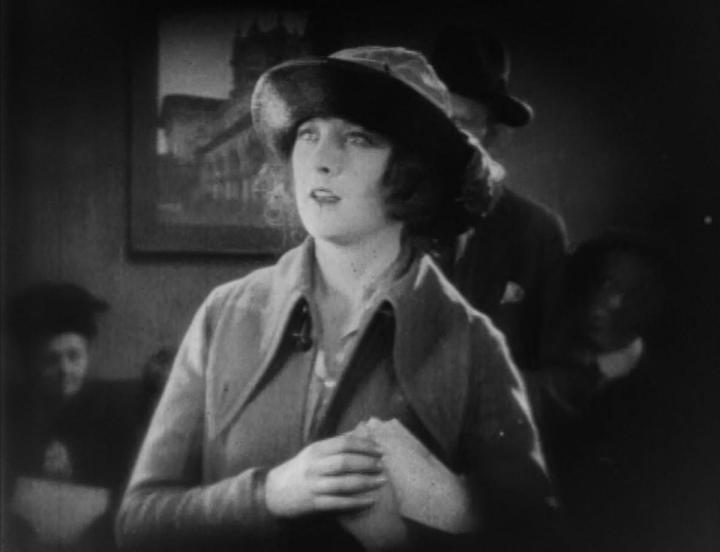 The film’s title is already prophetic in some sense, “souls for sale,” because it matches the subject matter that we see in Rupert Hughes’s Souls for Sale in such an eerie manner and that’s a good part of why this film was on the verge of becoming a heartbreaking watch just to think about. Even to this day we recognize how celebrities are affected by the images that they display of themselves on the screen, based on how they interact with people and in a sense, they are people who are putting their souls out for sale to the general public’s amusement. Perhaps the subject matter feels dated right now, but I wouldn’t want to imagine such a film fade into obscurity or go lost because of how it addressed the material in the day.

The outline is simple enough, for we have a woman who makes a break in Hollywood and is determined to become something far greater. It’s the typical rags to riches outline, but that’s far from what makes Souls for Sale as engaging as it is. It’s a comedy as the surface may look, but at the same time it is also showing the industry at the time and how it has treated its many stars at the hands of their own fame. By today’s standards this idea is probably not nearly as refreshing, and on the count of the film’s age, it doesn’t always work when it’s easy to point out similar films that tackled such subject matter in later years that still feel as insightful now.

Souls for Sale comes from the perspective of the exploited, a woman named Mem Steddon who quickly loses touch with reality at the hands of what more she has entered. For the time, it feels refreshing to see how stars are ultimately damaged by whatever fame they have acquired, but now it feels somewhat tired. Perhaps that seems to have laid its own effect on my experience with watching Souls for Sale, because parts of her own story have indeed left a bad taste on the count of what director Rupert Hughes had intended as a means of getting “authenticity,” adapting a story he already had told as a novel. The comedy never always worked, because I don’t recall having laughed – I was just trying to imagine a perspective from the time looking at what is as they say, “Hollywood as it is.”

Eleanor Boardman is playing an ordinary woman who would end up overwhelmed by the industry around herself, which calls for a sense of self-reflexiveness on her own part because this was her first major film role. Her performance in here is one that defines the era, it may very well be one of the best I’ve seen of the sort. It was haunting, as I would ever expect from a film that takes on the perspective of the exploited – for every frame had reflected her feeling of being overwhelmed, having little control of a fame she had just acquired. And given that Boardman would become bigger in the future (having a starring role in King Vidor’s The Crowd would be a significant indicator), this film almost feels more prophetic pertaining to her own personal life, everything had become overwhelming and she can’t keep up.

Though going back to how this film pokes right at the industry with the many cameos that come aboard, it captures another part of what makes this film so appealing. It still feels meta and self-referential, which is quite new for the time. There’s a sense of anger to be felt, because of the worry that if one ends up getting nasty press, what they had produced would also be a critical point to their own careers. It feels like a film that wanders through Hollywood at its point, and what it feels like to be within a new world, and the bitter return back home as made from the tragic ending.

For as much as Souls for Sale may be showing its own age, it still feels reflexive in the way many films from the time aren’t. And it’s sad enough that this film doesn’t seem to be seen nearly as much as it should be now, because it still feels relevant enough to be a topic worthy of discussion all across the board. To some extent it even feels resonant, especially when one looks at the performance of Boardman, but it’s a uniquely self-reflexive piece of work that still finds itself entertaining enough where it needs to be. But put aside films like Robert Altman’s brilliant The Player, that’s where it only starts to feel underwhelming.

All images via Goldwyn Pictures.