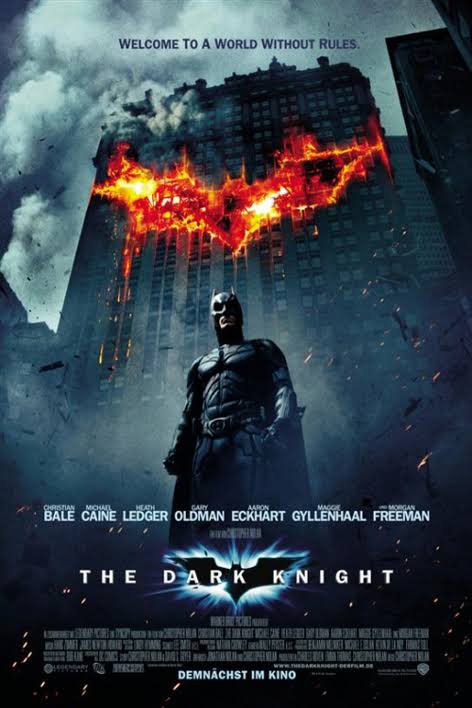 Why am I so fascinated by the box office? I know it’s meaningless. Box office only measures how well an ad department did its job. In truth, what really matters is when 10-20 years later a film is still talked about. The box office provides a perfect snapshot of both the films that would last and the ones that flickered away. The fun lies in separating them.

I’m starting this analysis project with a look at 10 years ago. 2008 feels like it was a big important year in film. There were some important films. But were they big grossers?

#76. First Sunday. I haven’t seen this film but David E. Talbert is actually kind of a huge deal, a very prolific writer/director with a serious fanbase. He’s even adapted one of his own novels to film. Interesting guy.

#77. The Secret Life of Bees. Gina Prince-Bythewood is awesome. She makes awesome films. This isn’t one I’ve gotten to but looking at the cast interests me at least.

#78. Tyler Perry’s The Family That Preys. This is decidedly one of Tyler Perry’s lowest grossing films, a non-Madea film that did decently but couldn’t draw the interest his signature role brings.

#79. Death Race. Is this a lot of missed opportunities? Sure. This needed to have the original absurd plot. But I still love everything Paul W.S. Anderson touches. He just wants to give you a great time and this delivers that.

#80. Changeling. A very good film that marks the unlikely intersect point between Clint Eastwood and former Amazing Spider-Man writer J. Michael Straczynski. This was seen as a mild letdown but there are some bigger films to come lower on this list actually.

#81. Star Wars: The Clone Wars. I know we tend not to act like this counts in the series and it shouldn’t come up in a discussion of the films. If I sat through it in a theater like the other films, I’m counting it. This is the worst Star Wars movie ever by far.

#82. The Reader. Kate Winslet finally got her Oscar. Next.

#83. Semi-Pro. While Will Ferrell would have hit films after this, this felt like the end of him simply making money by showing up in a film. A decided underperformer in a big year for comedy.

#84. Fireproof. While most movies on this list were seen as misses, this was actually quite a solid hit for the Christian market. Not a good film, mind you, but a hit. Yielded a better profit than even most hit films.

#85. Doubt. Not much to say except everything about this movie is great and I love it. Four of our best actors straight laying waste in a phenomenal adaptation of a great play.

#86. Drillbit Taylor. If I’d seen this on the lists for 2006, 2007, or 2009 I would’ve believed it. This just feels like an artifact of that amorphous moment where Owen Wilson could be a lead rather than a supporting actor. It wasn’t a great moment.

#87. Definitely, Maybe. A sweet reminder that even very good romantic comedies are stuck on Netflix right now. I like this one a lot. Ryan Reynolds does this kind of thing very well. [Note from Chuck: And somehow they got Clint Mansell to score it!]

#88. The Love Guru. There’s literally not one word I could add to the 10 years of battering this has gotten to make any new points. It’s an awful piece of racist trash that somehow has no irony about its subject.

#89. Milk. This is a great film but given that it stars a trifecta of horrible men (Penn, Franco, and Brolin) I’m fine leaving it in 2008. It’s really great though. Made me teary.

#90. Transporter 3. I didn’t go near this one after the second was arguably one of the worst films I’ve seen in a theater. Did par for the series though.

#91. Quarantine. Outer edges of both the found footage trend and the remake trend in horror. This one has fans, though the original Rec comes up far more often.

#92. Nick and Norah’s Infinite Playlist. Y’all screwed up not seeing this one. I did and it’s stayed with me as one of my favorite theatrical experiences that year. It’s as if floating through a long, fantastic night. If you missed this one, it’s worth seeking out. Oh and if you still (wrongly) hold Thor against Kat Dennings, this is proof she’s a tremendous talent who hasn’t gotten much material on her level.

#95. Leatherheads. I’ll throw this out: George Clooney’s star power was always overrated. He’s a great actor but in terms of getting people out to see his films, he doesn’t have the gift.

#96. Mirrors. Seriously: this moment in horror was OVER. Horror was right on the brink of a turn to some really interesting places but junk like this was not helping us get there.

#97. Space Chimps. This opened against The Dark Knight and Mamma Mia. It was doomed.

#98. The Bank Job. This one I actually hear brought up every so often as proof Jason Statham can act. He can. He deserves a better fate than 3 films on this list.

#99. Untraceable. Every bad review of a good movie Roger Ebert gave between this and his death had the counter “but you liked Untraceable.” He shouldn’t be allowed to have that forgotten.

#25. The Mummy: Tomb of the Dragon Emperor. It’s weird how this 7 years late sequel even exists. I didn’t see it. I know nobody who did.

#24. Bedtime Stories. I’ll give Adam Sandler this: He tried for once. This wasn’t his team or his project. Too bad it’s like eating cold toast.

#23. Tropic Thunder. Yeah, this is a hell of a film. Ben Stiller doesn’t get enough credit as a truly interesting director for what it’s worth. This is a really well-made film.

#22. Bolt. Very mid-tier Disney but a wonderful, gentle little movie. Kind of forgotten nowadays but I really have a lot of love for this one.

#21. Four Christmases. As a society, we haven’t fully reckoned with the fact that we made someone as unpleasant as Vince Vaughn a leading man. I really don’t remember this movie and I’m glad.

#20. The Curious Case of Benjamin Button. I’ll be honest: I kind of dig that this did as well as it did because it’s such a modest film that got shut out at the Oscars. But it hit people hard. As always, Fincher rules.

#19. Get Smart. One that I haven’t heard a single reference to in 10 years and I really don’t get why. This was an utterly killer adaptation of the classic show. Fun, funny, well made.

#17. The Incredible Hulk. The second MCU film and the lowest grossing film of the series. Admittedly I saw it twice theatrically so I can’t say I get its unpopular status. An airtight Hulk movie.

#16. Slumdog Millionaire. The best picture winner of 2008. A very good film but I can’t say I think about it much. It hasn’t been referenced much in the years since. It was good but really a blip.

#15. The Chronicles of Narnia: Prince Caspian. Few franchises feel as clumsily managed as this one. Disney should’ve read the room and released it in December. As is, it felt weirdly mishandled.

#14. Marley and Me. Then again it would’ve gotten run over by this lovely hit. Once more I wonder why Owen Wilson and Jennifer Aniston are stars but they’re not the reason to see it. The dog was. I really got a lot out of this one.

#13. Mamma Mia! Not for me. Know a lot who love it. I didn’t. This opened the same day as The Dark Knight and still did incredible numbers.

#12. Gran Torino. :shudder: Look, I like the idea of the film. I think Eastwood’s performance is kind of staggeringly brilliant. But the film itself is awkward and unsettling. The community it portrays feels artificial, and it’s far too forgiving of its racist lead. A strong film I do not like.

#11. Sex and the City. Never saw the movie. I never even watched the show (though apparently, even fans of the show kind of hated this). I really do not care about it.

#10. Dr. Seuss’ Horton Hears a Who. Confession: I actually really like this film. I think it’s the closest any film adaptation has come to Dr. Seuss’ work. It’s a great looking film with a voice cast firing on all cylinders. Not great but quite good.

#9. Quantum of Solace. Look, this film is a mess. It is. It tries hard to be a direct sequel to Casino Royale, but it can’t carry over what made that film great. You can see the WGA strike hitting hard. I still like it, but it’s rough.

#8. Madagascar: Escape 2 Africa. I’ve only seen the first of these. I don’t have an opinion about this one as a result.

#7. Twilight. I’m glad we’re starting to step back and concede that at least this film wasn’t that bad. It’s silly and the Rifftrax version is a hoot but it’s a really well assembled film that I probably would give a positive review to if I were watching it now. Yeah, the hate was unfair. For this one.

#6. Kung Fu Panda. Everything wrong with Dreamworks can be found here. Celebrity voice casting where it doesn’t fit. Generic plot. Easy jokes. But I still like it, largely because Jack Black works overtime to make you love him here. We really weren’t wrong to make him a star or to keep letting him be one for 18 years.

#5. WALL-E. One of those movies that everybody knows so anything I say is useless. I think it’s a masterpiece from first frame to the last and I don’t consider that hyperbole.

#4. Hancock. $228 million. 4th biggest film of a landmark year. Zero cultural footprint. Like none at all. What gets me is to do these numbers, people had to see this thing twice. Who would want to? Ugh. Very bad movie.

#3. Indiana Jones and the Kingdom of the Crystal Skull. All of the Indiana Jones movies are silly, ludicrous farces that can’t be taken seriously. That’s why they’re wonderful. Why does this one get so much more hate for that? I think it’s on par with the rest of the sequels.

#2. Iron Man. The dawn of the MCU. As a fan of the character for 10 years before this film, I had a lot riding on this being the adaptation I wanted. I wasn’t let down. One hell of a gift to fans. Then the post-credits scene came and the bomb went off.

#1. The Dark Knight. The definitive film of the decade. A superhero film. A sequel. A serious take on material once viewed as silly. A big budget film from a former Sundance star. There is no film that captures the major trends of the era nearly as well as this one. This is the cornerstone. A truly towering film that deserved every penny of its gross.