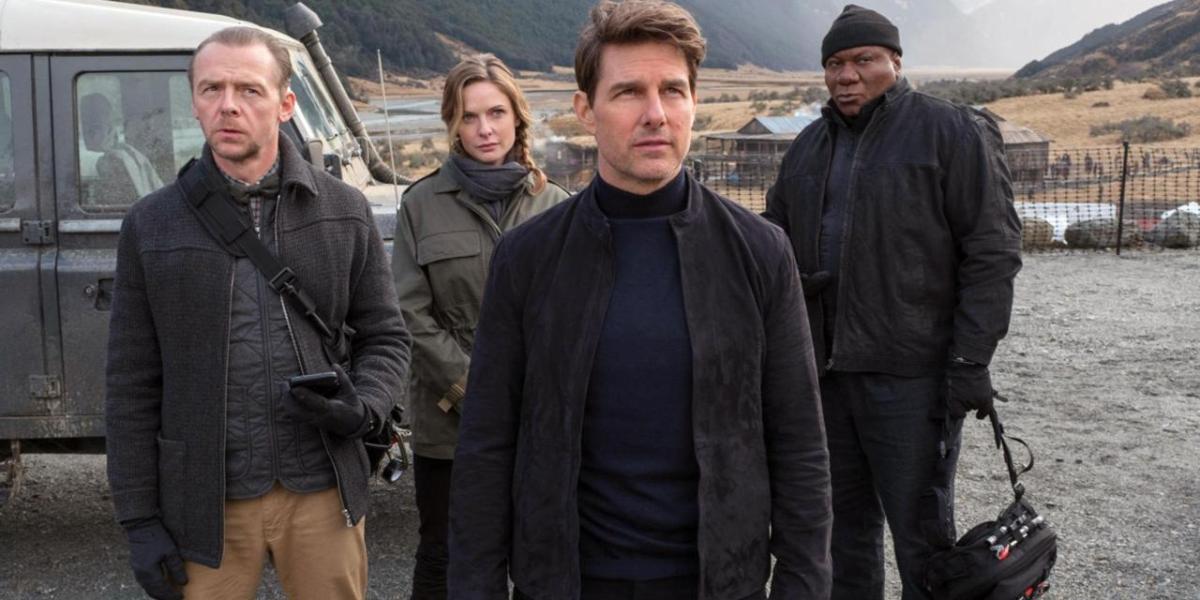 The “Alternate Take” indicates an instance where another writer on our behalf also wants to share their thoughts on a film previously reviewed on the site. You can read Chuck Winters’s review right here.

Six films already into the Mission: Impossible series and they may have already hit their peak – something I don’t really know if I can say I would have expected. It’s one thing to be impressed with how Tom Cruise still manages to remain as extremely physical as he does, but in Mission: Impossible – Fallout, he already manages to find a way to take this to a new level as he reunites with writer-director Christopher McQuarrie (his second film for this franchise) – and somehow what they already managed to create is perhaps the most exhilarating result out of what could have been made with the stories that the Mission: Impossible films could have set up. It already seems like a near-impossible feat, but given as all the stakes in Mission: Impossible – Fallout are raised as high as they can, it just makes the ride every bit as satisfying as you can imagine. 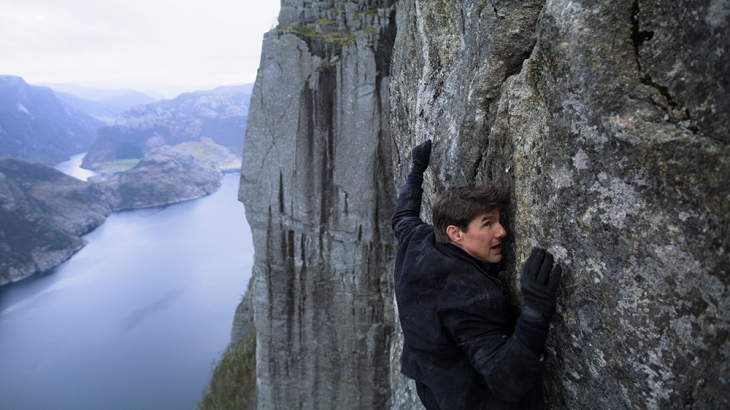 In the typical Mission: Impossible fashion, you would already recognize the complicated plotting and the death-defying stunts performed on the end of Tom Cruise but there’s never a point to which these films knows they should stop for it’s what we as an audience have always enjoyed watching. And in moving forward the story of Ethan Hunt, what we have here is as Luther Stickell said, the same old Ethan – continuously putting himself in danger all across the globe, for it’s what he does best. Behind the camera as the director and writer, Christopher McQuarrie already seems to know what it is that he’s setting afoot, and with this “same old Ethan,” we have a film that defies the limits of what we had always seen from him in the previous films. But how much can someone like Ethan take before he’s had enough? There’s never enough, as it seems – and that’s just the way we like it.

As I had noted earlier, it’s impressive how Tom Cruise has still remained as physical as he has over the years with the fact he’s doing his own stunts but to such death-defying degrees as he works together with director Christopher McQuarrie. But it’s the way McQuarrie shows you everything that Cruise feels on the spot that makes you feel as if you’re watching the whole world happening right from his own eyes, and as a result the action feels so much more exhilarating. You know already that just about everything that Tom Cruise manages to pull off on the spot is outrageous, but McQuarrie always gives it the room it needs in order to shine thanks to how he utilizes set pieces in order to create some of the most thrilling action sequences that this decade has ever had to offer to us. It’s impressive knowing how McQuarrie can frame such sequences to capture the height of the tension to make you feel as if you’re within the moment, because of how well the actors manage to serve to the screen as physical presences and McQuarrie’s own visual cues – it just allows for room for everyone to be at the very best of what they can service for another Mission: Impossible movie.

As impressive as it is that Tom Cruise and Christopher McQuarrie’s own talents seem perfectly matched up with one another, I’m just amazed that they still serve up something equally clever through the film’s writing – in order to let such aspects shine out all the more. I’ve always admired Christopher McQuarrie as a writer for mystery thrillers, and with that having been said it’s only most fitting that he would be mixed together with the convoluted nature of the Mission: Impossible stories, and in seeing how McQuarrie’s direction of such scenes feels right up to par with its own writing, you already see them being a perfect mix for one another. It starts off with the inventive action scenes and Tom Cruise’s own ability to remain as physical as he can given his own age, but here you already find yourself right within the mindset of Ethan Hunt in a scenario where his own limits are being tested.

This isn’t a film without its flaws, for Henry Cavill’s charisma never seems used nearly as well as it should – and granted, as satisfying as it was to see him as the villain, I’m surprised just how little he seemed to stretch beyond being a great physical presence. It does a whole lot of wonders for the action scenes, but everywhere else it doesn’t seem as if there’s so much being offered. The film already looks as if it’s cast wonderfully, with Rebecca Ferguson returning from Rogue Nation as Ilsa Faust still remaining as fun as ever to watch and Michelle Monaghan getting a chance to return from Mission: Impossible III, but it’s also quite criminal that some are never nearly utilized as much as they should despite the efforts within their performances. Even then, the Mission: Impossible films have never exactly been about the characters aside from Ethan Hunt being faced at impossible odds and changing over the years through such, but it’s still nice to see everyone doing the best they can when the source material is so convoluted.

If this is where the Mission: Impossible franchise is set to go in the future, then I already want more of it. I’m already in awe just thinking about how so much of this was even possible, but McQuarrie doesn’t simply show Tom Cruise in his full glory running for over fifteen minutes or even flying a helicopter with death-defying results, he still does it all within such tight direction so that we already see another achievement having been set forth on its own behalf as a pure action film. This is everything I could ever want the genre to be about and then some more while we’re at it, we want to be able to experience such incredible odds for a man as ordinary as Ethan Hunt, but as Luther Stickell remarks, it’s the “same old Ethan.” The one that we’ve loved for so long, continuously defying death and giving us a heart attack because of how much we’re being tested on what’s possible anymore and what isn’t.