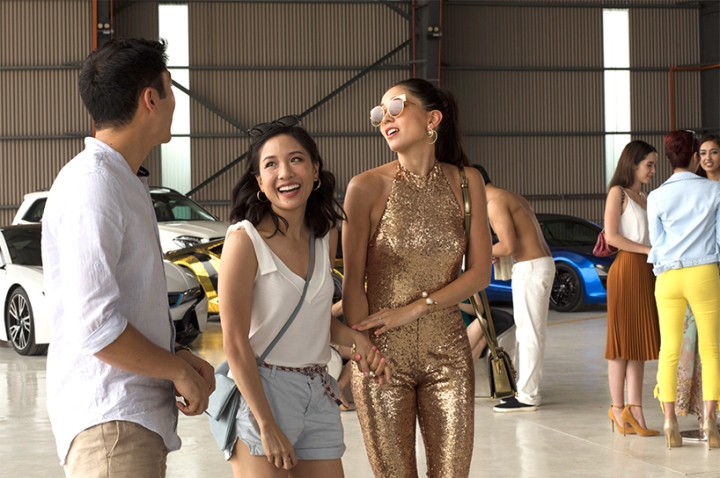 Kevin Kwan’s novel was a satire written with the intent of showing what life is like in contemporary Asia to a North American audience, so how exactly could a story of excess translate onto the screen by a Hollywood studio? If you’re bringing in Jon M. Chu, the director of Jem and the Holograms and two of the Step Up movies of all people, it’s easy to be skeptical of the result – yet even the expected turns out to be satisfactory. I wasn’t exactly sold from the marketing of Crazy Rich Asians because it looks like just about any other Hollywood romantic comedy, just an Asian-centric one if anything – but maybe that also might have been what I needed for the time being. Yet given what the film stands for, being the first film by a major Hollywood studio directed by an Asian-American to feature a predominantly Asian cast, there’s also something more admirable underneath the surface of Crazy Rich Asians. And of course, speaking as a viewer of Asian descent (my parents are born in the Philippines but we have spent our lives living in Canada), it also felt nice just to see that a story of our very own had its chance to be told. 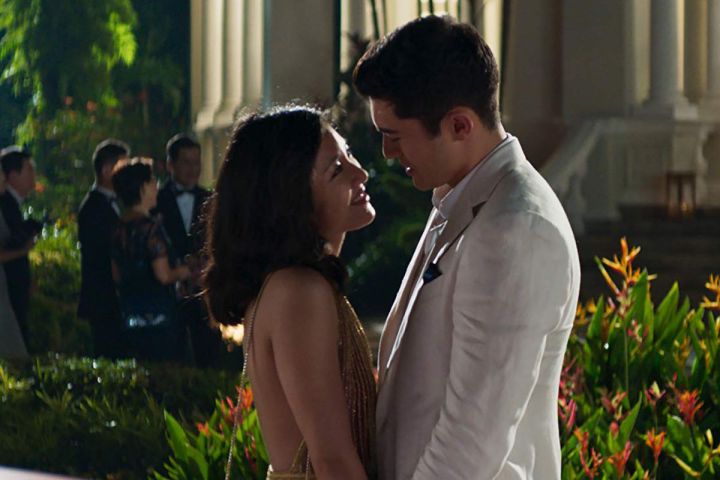 The film starts fittingly with the introduction of our male lead, Nick Young (Henry Golding). In the opening, we see him as a child, being the son of wealthy developers over in Singapore. Soon we are introduced to our female lead, the Chinese-American Rachel Chu (Constance Wu) – an economics professor over at New York University. The two of them have been in a relationship for a while, and now Nick invites her to come along to Singapore in order to attend his best friend’s wedding so that he can become the best man. Unbeknownst to Rachel, Nick is an heir to one of the richest families living in Singapore and she finds herself overwhelmed by the excess that the Young family enriches themselves within, worried also by what his family and friends will be thinking of her within the time that they spend together in Singapore. You can read this and think that this could easily have been Meet the Parents but with a predominantly Asian cast, but there’s also much more to be found here that can even allow this to stand out finely on its own.

If I were to be upfront, this film has the makings of any other Hollywood romantic comedy – it’s predictable, yet not without its charms, but that’s also where the makings of something greater can already start. But even if that were the case with Crazy Rich Asians, it was nice to see that an Asian-centric romantic comedy was also set to draw in the same audience that finds themselves suckered in by films of this very sort – because we do need more of these coming by and by. But even a standard romantic comedy, for as harmless as they can be, never moves out without any sense of charm – and Crazy Rich Asians is no exception to that rule. Luckily all of the good outweighs the bad, yet the best parts only shine so brightly and leave enough of a lasting impression. And with a cast whose charisma always shines through every scene with all the beautiful scenery to catch the eye, what’s there to resist?

On par for the course, one can already bring themselves to expect that this film is indeed a fish out of water concept just with “crazy rich Asians” being within the spotlight – and Jon M. Chu doesn’t let down on that promise, for as overlong as it can bring the film to become. Yet even though a lot of this film is built around rich people partying, there’s also room for humility present especially in Rachel’s unfamiliarity with the world around her. Constance Wu already makes the best of this, but it’s hard not to be impressed with the film’s visual style because it makes a perfect landing from the very start and never lets go. As overwhelmed as he can be with the grand scope of a story of this sort, especially given its own social status, it’s surprising to me how Jon M. Chu still allows moments for his actors to truly feel like the characters they are playing – thus making the onscreen relationships feel so organic.

Above that, there’s also something more important in the fact that a story like this is being told, because it is also the first time a major Hollywood studio had released a film with a predominantly Asian cast in 25 years since The Joy Luck Clubto also be directed by an Asian-American filmmaker. Being a viewer of Asian descent I should also address what watching this did feel like for me. It was easy enough for myself to be skeptical of where this would go because of the subject matter of the story, being all about the rich people who live in eastern Asia but it still felt nice to sit back and see that we had a story being told that would catch audiences of all different sorts. I recognize that this particular section is less about the film and more about the experience, but to see that a story like this still caught beyond the interest of Asian viewers, it felt empowering to me. And here’s hoping that this will encourage bigger studios to allow more of our stories to be told the way we seek to be told.

Given what Crazy Rich Asians stands for, there’s still a whole lot more that it could have become and it doesn’t always overcome its own shortcomings. Being a film about the rich people living in eastern Asia, I was also hoping for a jab at the lifestyle like I know Kevin Kwan’s novel had intended to deliver while simultaneously introducing contemporary Asia to a North American audience. Yet this may very well be an important step forward, even if it may be a baby step at that, in allowing Asian representation to have its place in Hollywood. This may not be a great movie, but it’s also one that makes me happy – not only because of what it stands for. Even though the more awkward moments are to be found as being out of place (a particular joke with Ken Jeong’s character comes to mind), there’s still so much more to admire because of what it allowed for people like myself. It’s a standard romantic comedy, maybe, but when there’s enough heart to the characters and it still looks every bit as stunning to the eye as this does, I can’t resist it.