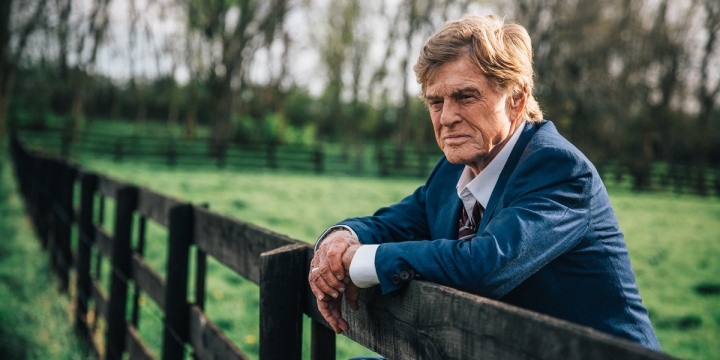 David Lowery’s latest film pays an homage to the days of classic Hollywood crime films often led by a charismatic actor just simply being themselves on the screen, and in The Old Man & the Gun, we have one last spin for Robert Redford. At least what’s supposedly going to be, at that – but as a modern day tribute to the films that we’ve come to love Robert Redford for over the years, there’s a sentimental value present in The Old Man & the Gun that may also make the ride more heartfelt as it keeps going. But of course to those who have stuck so closely with the films of Robert Redford for as long as they have, we don’t simply view Redford as being any other “old man,” he personified a gentlemanly attitude that not many other actors could copy – and it’s not hard to be won over by that charm. Yet if this were truly going to be Robert Redford’s final film, you can still feel how much he really loves living in his prime; as if that wouldn’t already make a longtime fan feel so warm inside. 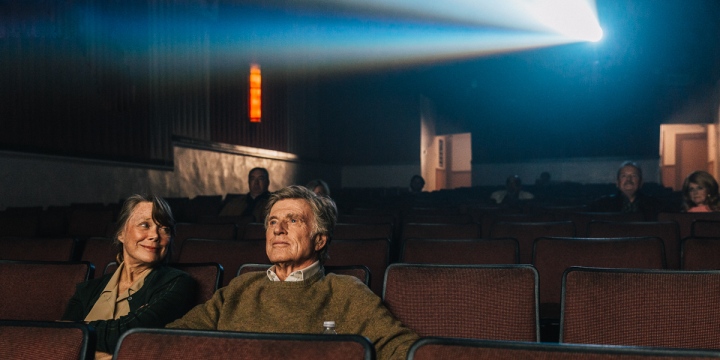 In this film, Redford stars as Forrest Tucker – a felon who had spent most of his life going in and out of jail from his early days to his old age, going on a string of heists across the United States, pulling off successful robberies only through showing as much as being polite. But the way that reads, you can already find that is the perfect role for Robert Redford to simply be himself and live within his primetime, finding love along the way through an encounter with a woman named Jewel played by Sissy Spacek – and the charm already makes itself running clear in seeing a group of older actors living out their best memories one more time. But Lowery finds a way to make this film feel as if it were born right out of that era without feeling too drenched within the nostalgia, yet it also gives the film a more sentimental approach – which perhaps feels most fitting for a film all about Redford going for one last spin.

Going into further detail about the film’s ability to recreate memories, perhaps the most fitting way to describe what Lowery captures in The Old Man & the Gun is that feeling that this story was born right out of the past – from the visual style and the soundtrack. Even through capturing the charms of Redford on the screen, there’s a clear love that Lowery shows for the films that have made Redford’s work as distinctive as it was. It’s a film that works the more it captures the charm of Robert Redford just doing everything that he loves most, and it’s also where the film finds itself at its most entertaining – because you’re presented with that image that even at 82 years old, Robert Redford remains as unstoppable as ever. Of course to those who have stuck so closely with Redford’s films, he isn’t just any other “old man” carrying a gun with him, his personality was just the very sort that anyone would have wanted to model themselves after. As Lowery builds the film all the more upon that, it also makes the final results all the more touching.

Yet for as much as we’ve already made ourselves used to seeing Redford living his own life to the fullest while he was younger, it just feels nice to see that a film like this is as laid-back as it is – again drawing from the older actors’ charms finding their own place in time. But Lowery builds up so much of The Old Man & the Gun from the conversations of the older actors, allowing them to be themselves in their roles thus allowing an emotional resonance to form even more. For one it does feel like a nice trip through time, but it’s also incredibly touching just to see how even those who don’t have so much left compared to those who are younger trying to live out what they have left – for it’s also said in the film, “I’m not talking about making a living, I’m just talking about living.” With the film also being every bit as breezy as it is with a running time of only a little over an hour and a half, it never feels like a second is wasted just spending as much time with the leads as much as it is.

Perhaps that reliance on other films can come to a fault too, for I don’t think that the comedy always lands but there’s a very charm that one can recognize out of the presence that Robert Redford creates on the spot that guarantees a crowd-pleaser. It’s what we know Redford was always good at, but for longtime fans, seeing him going on such a spin would also play off as being more melancholy too, for in my brief talk with David Lowery on the red carpet, he mentioned that it was so overwhelmingly emotional he chose not to think about that context while shooting (you can view my red carpet chat right here). It just feels nice to see that Robert Redford still loves doing what it is that he does best, and he’s still living within that moment with every second he spends on the screen, and if anything else best captures what most certainly would be a fitting farewell to a legend in the business, this just has to be it. For all I know, this could easily have been at least four hours longer and I would still watch it all, just to see Redford being himself at this age.

All images via Fox Searchlight.

One thought on “The Old Man & the Gun’s Unabashed Sentimentality Sets the Perfect Sendoff for Robert Redford: TIFF Review”