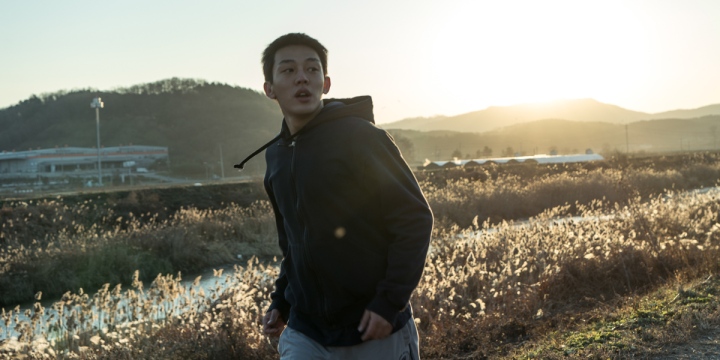 Burning opens like any other thriller, with a sort of protagonist that we’ve already accepted as normal, but Lee Chang-dong challenges why we’ve seen this turn as being the norm. If anything else better describes what South Korean auteur Lee Chang-dong had managed to capture with every minute of Burning, it never feels so easy no matter how straightforward everything may sound. Yet because of how off something may feel, you keep your eyes peeled to the screen, paying attention to every small detail and you just feel like everything’s in the right place. To say the very least, that was the very impression that I got from watching Burning. It’s a film that keeps you wrapped up in the core mystery to that point you already start questioning even what the film already presents you from first impression a la Gone Girl. There’s so much going on in this joint from Lee Chang-dong, and if there’s anything else that I feel can already be so easily said about it on the spot, but I knew already from the moment it started that this would not be something I could forget so quickly too. 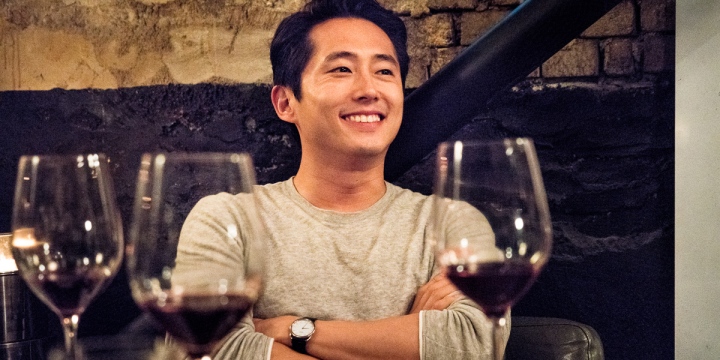 Lee Jong-su (Ah In-Yoo) is a small-time salesman who also aspires to become a writer. Amidst the moment he is also dealing with writer’s block, and is even struggling to allow his own stories to come to life as perfectly as he wishes. But on one day he ends up running into an old friend, Hae-mi (Jeon Jong-so), with whom he starts developing romantic interest. Eventually, she goes on a trip and upon her return to South Korea, she’s also brought along Ben (Steven Yeun), an enigmatic yet mysterious man whom Jong-su becomes jealous of. One day, Hae-mi disappears very suddenly, and Jong-su suspects that her mysterious companion Ben may be responsible. When talking about how a person experiencing writer’s block can find themselves bringing their own stories to life in some way or another as they try to develop it, there’s a point to which it also gets the best even of any trace of common sense around oneself. But as we watch Jong-su’s world start crumbling around himself, he’s also questioning to what extent did his ideas about Hae-mi even destroy him in that process.

When you are first introduced to Jong-su, he could easily have been any other male protagonist whose life is crumbling around themselves. But that’s how many of these sorts of mysteries unveil themselves, so when he reunites with Hae-mi for his first time in a while, she invites him over to her apartment – and the two of them have sex. But she also talks frequently about wanting to disappear, and for most of the story, she’s notably absent. We don’t ever know what it is that happened to her, but our instincts normally lead us to grow suspicious of her new friend Ben. Except Lee Chang-dong doesn’t point anyone else as a suspect, because of how this story frames itself from the eyes of the passive perspective of Jong-su. When we first see Jong-su in the now empty apartment of Hae-mi, he starts masturbating, thinking of his romantic encounter with his old friend. That’s where it only struck me that Lee Chang-dong didn’t want to sell him solely as a “hero” we should root for, but in his own mind that’s what he is.

Steven Yeun as Ben embodies the more ideal “charming” man that we would also see as being villainous in this narrative. Although so much of this is framed in Jong-su’s head there’s something rather damning about the way Yeun takes on this role, because he can only seduce you so much to that point it’s easy to become suspicious of his role. But Lee Chang-dong also likes to show him as being someone who is merely trying to live the ordinary life that we know Jong-su wanted. There’s a sense of jealousy that arises as a result, but it’s also integral to what makes us feel more connected to Hae-mi. This is a film all about how these two men’s different ideas about a woman whose presence they like can damage them in the process, but at the same time the very thought that both sides would have had also in part been responsible for Hae-mi’s own mysterious disappearance.

I think there’s already an interesting case to be made from Lee Chang-dong’s choice to focus on the male characters rather than Hae-mi herself, especially when Hae-mi is the one who draws the most sympathy from us. Jeon Jong-seo’s performance is fantastic, in the rather brief appearance that she has onscreen, but something else that strikes me about her performance is the fact that the men see her not as any other old friend but like an entity. She often talks about wanting to change up her appearance, but we don’t fully understand her motivation. But everything seems to be so up to Jong-su to find out what it is that happened to her, and he grows suspicious even of a new friend that he’s also made. Is Hae-mi really to blame for how destructive has Jong-su become of his own life? If there’s really anything to be said about what Lee Chang-dong has shown us here, it’s the fact that maybe Hae-mi is never able to live a normal life because of what the men idealize her to be – and the men never quite understand any of that either.

From watching Burning, there is no clear hero, yet we also have a talk about what it feels like to be “the protagonist in a story.” Our protagonist in Jong-su is clear enough, but something also drives me to feel like in a greater scope, Hae-mi would also be one in her own way. This is a film all about how everything crumbles around oneself because of the very ideals that are set up around them, even overtaking any form of common sense. But there’s also a sense of cruelty that comes by regarding what this world has in store for lonely people that makes for an intoxicating viewing. It’s unsettling, just as the very best of thrillers are, but that scope in which Lee Chang-dong gives us in Burning is something of a miracle. You’re only ever left wondering what’s to happen next in sequence, but you never fully understand it because the pieces are so scattershot. That is perhaps the greatest mystery that Burning treats you to.

One thought on “Experiencing the Greater Hunger in Lee Chang-dong’s Burning: Review”