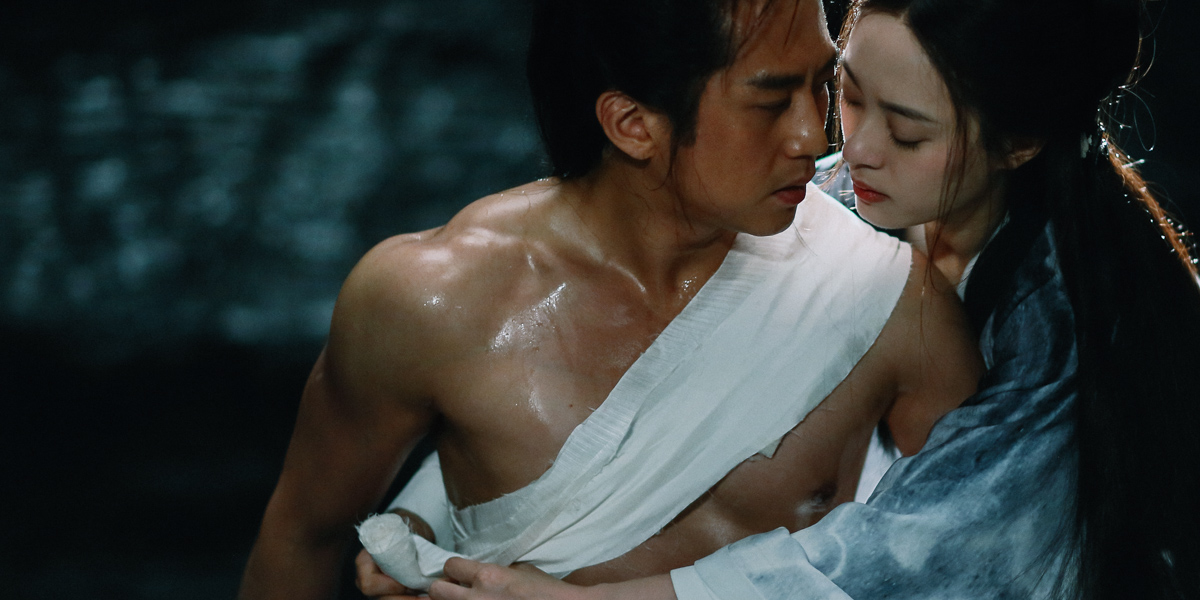 Part of me really wants to love Shadow because of what I already know a director like Yimou is so good at, but at the same time I’ve found it so hard to get invested with his films lately because of how well I already feel I know by heart the templates that he’s sticking so closely with at this point. But despite all of this, I found so much to admire about Zhang Yimou’s film because it also happens to resemble everything that I’ve come to long about his more action-packed films from the early points of his career. Along with films like Ang Lee’s Crouching Tiger, Hidden Dragon, the way in which Zhang Yimou frames an action sequence in his own takes on the wuxia film with films like Hero and House of Flying Daggers have always been so compelling – but talking about what he crafts in the case of Shadow would already be another scenario. When talking the more recent of Zhang Yimou’s fare, this may arguably be his most violent in recent memory but there was a point to which I wondered how much of this even really was worth the effort. 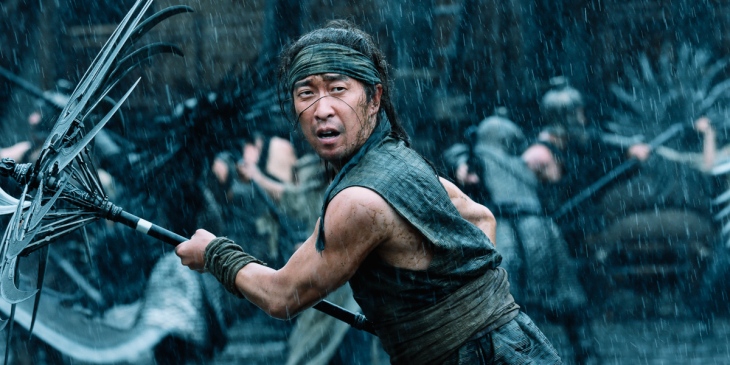 The actual story isn’t ground that’s unfamiliar to director Zhang Yimou, because his work has always been characterized by making period films that would be recognized for a familiar theme – this is a story about a king looking to take his own people outside of exile. But going back to what this film sets out for, I still found that maybe there was something interesting in seeing Zhang Yimou almost feeling like he was coming back to the roots of what made his earlier work so memorable. But I feel like Zhang Yimou is also at odds with the sort of film that he’s trying to make here, one moment it’s also an incredibly relaxed period drama – before we end up getting flashes of violence that would contrast the mood in an instant. Zhang Yimou doesn’t stop lingering upon these moments, sometimes to the point it can be rather difficult to watch – so it only ever really leaves me wondering about what sort of story he really wanted to tell.

Typical for a Zhang Yimou film, it remains undeniably beautiful. He’s always had an undeniably attractive means of capturing history on camera and Shadow does not let down in that regard. But there’s also a whole lot to admire about how Zhang Yimou films an action sequence, because from first frame to the last, and that’s as far as my praise goes. At the film’s very best, it’s all utilized in the second half of the movie – which becomes one huge action sequence, and it’s never boring. All of the weaponry, the choreography, and the cinematography, this all would place it among some of the absolute most impressive to come out from any of his films in quite a while. It’s moments like these where I feel as if Zhang Yimou may have finally found the energy that had always allowed for his best films to be as exciting as they are, especially in how Yimou doesn’t even hold back from the more cruel imagery. Perhaps it got a little bit too much for his own good, but there was never a moment where I wasn’t floored by the imagery in this instance.

Yet it takes way too long to reach this moment. That was one thing I just simply could not bring myself to understand. Before that, I could not find myself as invested with the narrative at hand, and then this sudden shift in pacing never felt right for myself. So much of what came prior to the action that felt like it was bringing life into this movie only ever felt incredibly cold. But together with the slow pacing, I found it was difficult to properly get invested into this film’s characters because they never felt like they had much energy to them. Which isn’t to say that the performances are bad, but they only ever struck me as being reminiscent of caricatures rather than concrete characters. And in these moments, when the violence comes to the screen, Yimou lingers on the aftereffects for far too long – and the details of the unpleasantness only made for an aggressively discomforting viewing. From this first portion alone I was never entirely sure what was it that Zhang Yimou wanted to elicit with Shadow, especially because it was so vastly different from what was set to follow.

Once you get past that slog of a first half though, that’s where the same Zhang Yimou you would have recognized for Hero and House of Flying Daggers comes back. But that’s where it only leaves me wondering what sort of films did Zhang Yimou really want to make once again, because I feel like Shadow is a perfect reminder that Yimou has indeed made great work in his past. Maybe this could be a sign that he’s back on track for the better, because if there’s anything that this film proves, it’s clear enough that he’s wonderful when it comes to directing action. But I wish that level of feeling dazzled was something that was more consistent, because this could easily have become the best thing that he’s directed in years. The most I can say about Shadow though is that it most certainly gives me hope.