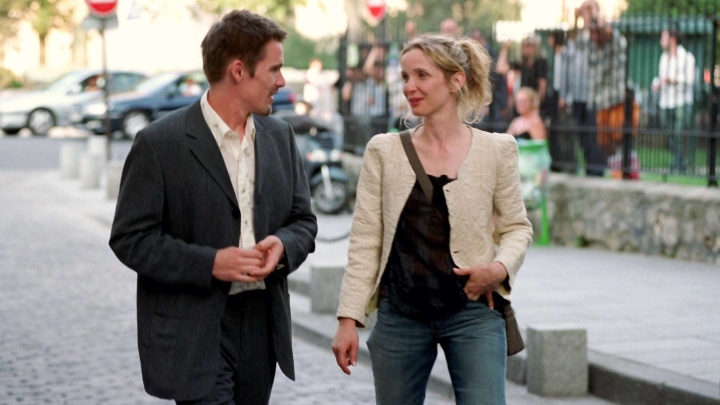 When I think of a perfect romance, Richard Linklater’s Before trilogy is the first thing to come to mind, not because of how much they accomplish with so little but because even these little moments signify everything wonderful about what more we can do if we’re given a chance to turn it into something. In Before Sunrise, fate had brought two completely different people from almost opposite backgrounds together, and even with their conflicting philosophies regarding what love can do to a person at different points of their life, another chance reunion comes back in Before Sunset. Over the nine years that Jesse and Celine have spent with not having seen one another, their own outlook on life has changed significantly but with only a little more than an hour’s worth of time left to be able to spend with one another, they’re also put to another test for their own compatibility. Are they still able to make that brief encounter in 1995 every bit as meaningful at this point of their life now that they’re already much older? As the complications of their own newfound beliefs come into light, Before Sunset isn’t only a perfect sequel but it also strikes you like you’re realizing something you’d have been shielded from for so long, too. And as these secrets are uncovered, you wonder to yourself if they were already best under the lid or if they’ll bring you much closer too. 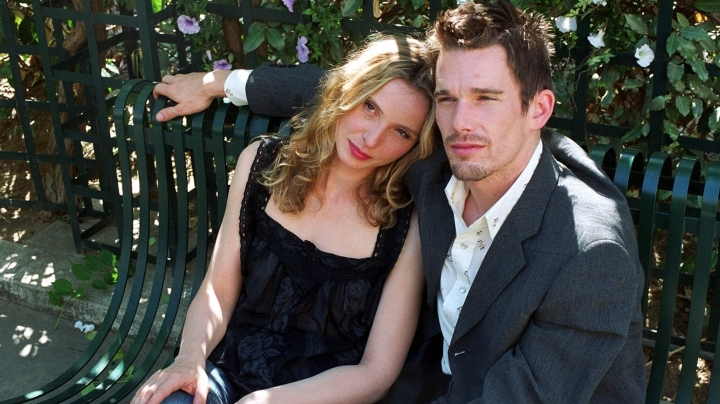 Nine years following the events of Before Sunrise, Jesse (Ethan Hawke) is now married – albeit unhappily. He has found success as a writer, having written a book about his fateful encounter with Celine (Julie Delpy) in Vienna, where they proposed to meet once again a year later. By chance, Jesse stops by Paris while he is on a book tour and runs into Celine once again, who has also radically changed in the years that the two of them have spent apart from one another. But Jesse has only one more hour left to spend in France before his flight, and the more he exposes himself to Celine, they find that maybe there’s a lot more in common that they have with one another than what they’d already picked up about one another on a fateful encounter, one where they were only able to show their happiness on the spot. In returning to Jesse and Celine after such a long period of time, what makes Before Sunset the perfect sequel is the fact that it’s not only a pivotal moment in the love between Jesse and Celine in which they really find themselves testing their compatibility with one another, but they’ve also become far more vulnerable over the years too. There’s a lot of joy to be found in the fact that they’re able to spend time with one another again, but seeing how much more they’ve begun to uncover also makes for what could even become something potentially devastating.

Unfolding in real time, Before Sunset may be brief at only a mere 80 minutes but every moment of listening to Jesse and Celine talk with one another reveals more about them as people. In Before Sunrise, we are already presented an idea of what could potentially happen in a more optimistic light about an encounter between two strangers from two different backgrounds as it blossoms into something of a greater scope, but in Before Sunset we start to learn more about Jesse and Celine as people – from their ambitions to their flaws, as it becomes the perfect way in which they test their love for one another and whether or not it still means something to each other after so much time apart. Even if their time to spend with one another may be short, it’s the fact that they still show themselves as fully aware of what little time they have with one another that makes every moment between them still last beautifully. It’s in the span of what’s only a little over an hour that tells you everything you need to know about them, but in learning what’s unsatisfactory about their own lives, the ride becomes even more melancholy than what Before Sunrise had already shown you.

Walking with Jesse and Celine through Paris, we also see them putting their conflicting lifestyles to the test almost to a point where they’re actively trying not to fall in love with each other all over again like they did in Vienna. But as the two of them start to reveal their own weaknesses to one another, what once started out as a happy moment for two strangers who met by pure fate, turns into a sad moment of realizing what’s been missing from their lives in so long. Yet in creating a meaningful romance, it’s not only about the happinesses that both ends have experienced in each other’s company but also the sadness that they’re set to face from knowing that their happiness will eventually come to an end. But look at how much the two have grown up, now with both Ethan Hawke and Julie Delpy taking writing duties, it feels like the two of them are also sharing insights within their own lives too, in order to make every conversation still sound so fresh. Yet if anything else still makes everything about Before Sunset so wonderful it’s the lasting feeling of authenticity that shines through every frame from the time that they spend together.

Much like its predecessor, Before Sunset encapsulates what it’s like to be able to live in your happiest moments like they could potentially be your very last too. With all this having been said, it’s what makes the final moments of Before Sunset the best of the whole series, because it soon becomes about the ability to make that happiness last as long as one is willing to let it, through reminiscing about a memory from the past that brings out strong emotions from another. But it’s also a reaffirmation that their love is what still keeps the two of them bound for one another and they still feel at their best selves in each other’s company. Even when circumstances are set to keep the two of them separated, it’s their love that still feels as if it were more firm than ever. In one of the often noted moments from the last sequence of the film, you have Celine playing “A Waltz for a Night” on the guitar for Jesse, and it becomes clear that in the years that have passed since their first encounter, her lives may have changed greatly but she’s treasured the impact that it’s had on her own philosophy too. But no matter how much it can make one feel unsure about themselves, what makes the delivery of Linklater’s ending moments work so well is the fact that you feel almost like you’re in that same space that Jesse and Celine have been in for so long too.

Before Sunset is without doubt one among the all-time greatest sequels, for it still captures that same spirit that you would remember so well from Before Sunrise yet also packs a bigger emotional punch than ever too. Like Jesse and Celine, the meeting hits again like a chance encounter but when you put into question how meaningful it has been for yourself, you’re soon faced with much harder questions about what these moments would mean for your own future too. It’s the uncertainty of what’s to come that’s only made Before Sunset feel like it’ll last, because it’s the chance that you’d never have once again at another point of your life. Like the predecessor, Before Sunset makes the very most of seeing Jesse and Celine simply talking with one another as each minute of time passes, because when one’s in love it only helps that Richard Linklater shows how much does every minute truly matter when telling a story of sorts. To me, it’s the readiness to face those challenges that makes Before Sunset so wonderful all around too. It’s the perfect chance for Jesse and Celine to turn what could only be a fantastical memory to them into a reality that’s turned them around for the better too.

All images via Warner Independent Pictures.

One thought on “‘Before Sunset’ Review: Taking that One Chance That Got Away All Over Again”