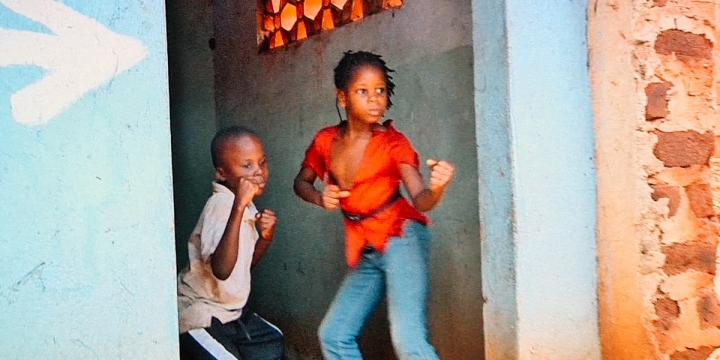 Joining me for this review is a fellow contributor who also attended the Toronto International Film Festival with me, Samuel Caceres.

There has never been a better time to be a Wakaliwood supa fan than the closing night at TIFF 2019. One would already wonder how much more insane could the no-budget studio from Uganda possibly take their passions for making action films after the sensation that is Who Killed Captain Alex? and Crazy World doesn’t let down upon expectations at all.

[No, it hasn’t. As a matter of fact, this film alone has transcended from the medium when TIFF introduced the one and only VJ Emmie to perform live as the audience watched the Midnight Madness screening. It’s a once in a lifetime experience that no other audience can experience again.] 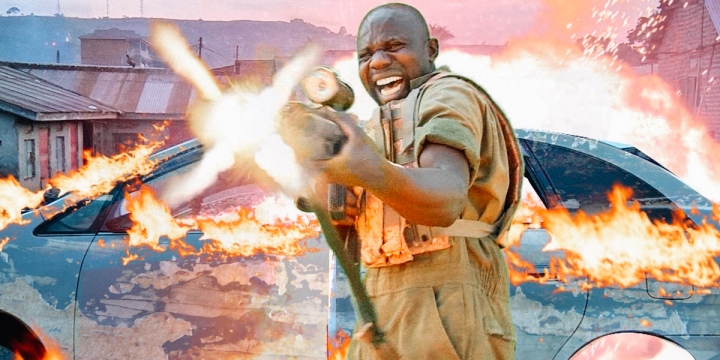 In fact, everything else about what Isaac Nabwana and VJ Emmie had been able to provide here would only serve as the perfect love letter to the craft of filmmaking. As the people behind Wakaliwood can prove, all you really need is a camera, a group of actors, and a laptop to edit the movie – and then there you have a whole other ride through a Crazy World. What they promise you is a SUPA ACTION PACKED MOVIE, and they deliver.

[The evil Tiger Mafia return once again to embark on child abductions, in order to sacrifice them in return of blood, that may or may not contain magical energy, which is a total farce. It is up to the WAKA STARZ to get themselves out of this mess and to take down the Tiger Mafia Gang, ceasing the mindless child abductions once and for all. And every moment of it was (oh, you guessed it) packed with SUPA ACTION.]

Writer-director Isaac Nabwana notably made this film in order to discourage the kidnapping of his own children, and once you see the Waka Starz in action, you won’t ever want to mess with these kids at any point of your life.

[While the film is loaded with laughably unconvincing post-production effects, that doesn’t make it any less valuable in accordance with the overall energy that it exudes. It revels in its chaos, thus, we follow along. The crowd, along with our group of friends sitting on the front rows were cheering out to nearly busting their vocal cords to the Waka Starz as they fight and wrestle down the devilish baddies with their big guns and flashy outfits.*]

Yet all of this happens to be part of the charm, as one can’t help but fall in love with how dedicated Isaac Nabwana is to bringing this film to the screen. It’s a wonderful testament to the sole dedication of making a movie and having fun with the craft, even with very limited resources that Wakaliwood would be able to access. These are people who still have fun making what they do, and they’re able to translate that fun over to the audience with the Video Joker commentating while the movie goes on, so what more could you ask for?

If you’re ever looking to see a film that defies everything you think is possible to be made within the medium, Crazy World is a must-see. Think twice before kidnapping the Waka Starz, if you are a member of the Tiger Mafia reading this – you are only setting yourself up to make the biggest mistake of your life!

[It may not muster to the nitpickers out there, but it certainly is a thrill to say there is no need for reductiveness. Just let it happen.]

[* Wonderful wardrobe choice to the man donning a Twilight T-shirt.]

All images via Ramon Film Productions.