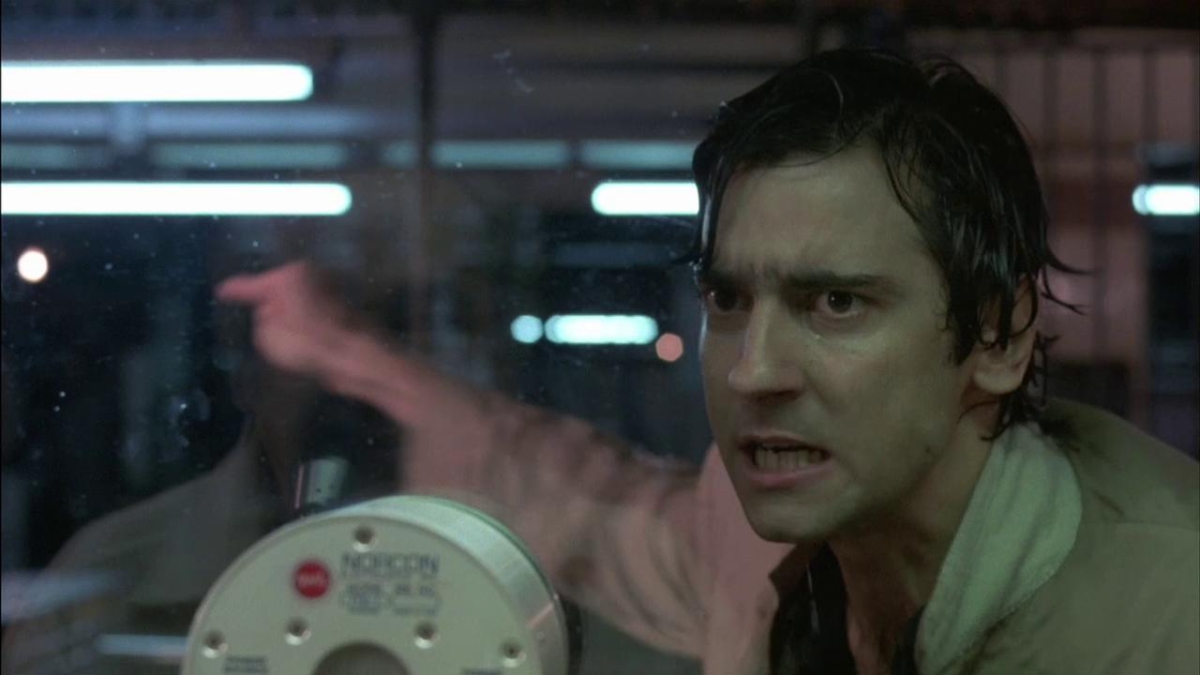 After Hours isn’t the sort of film that many would normally associate a director like Martin Scorsese with; yet despite that I also believe it to be one of his best films to date. Amidst his struggle to find the necessary funding in order to bring The Last Temptation of Christ to the big screen, he follows up the box office failure of The King of Comedy with After Hours, one of the funniest films of the 1980’s. What already shows itself to be one ordinary guy’s bad night, Martin Scorsese turns what should seem like a simple comedy about a blind date gone horribly wrong into the most bizarre film of his career. Yet the fact that Martin Scorsese was able to make something like this in his long career also showcases his many talents as a filmmaker. 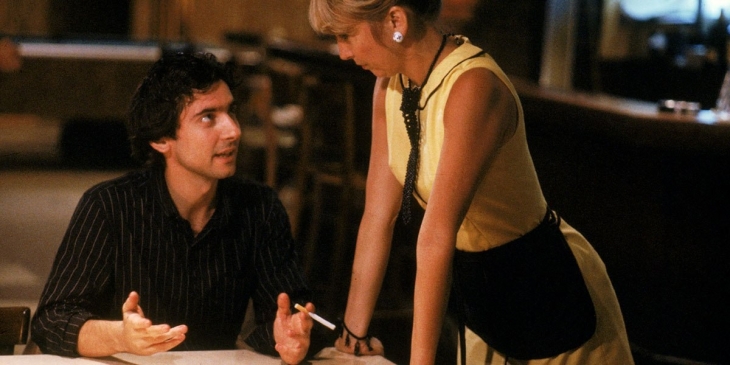 Griffin Dunne stars as Paul Hackett, a word processor who just had another boring day at work. As he tries to burn the last of his energy away at a cafe, he stumbles across Marcy (Rosanna Arquette), and after the two seemingly hit it off well, what was set up to be a perfectly normal blind date ends up going horribly wrong. Over the course of 90 minutes, After Hours feels like it’ll all unfold so simply but what happens as the night keeps going on, you’re only left wondering how much worse can the night go for Paul as he tries to find his way home. But the fact that Martin Scorsese still rolls along with it, somehow this also seems all too believable as any other day – one that’d all be forgotten afterwards.

A lot can happen to you over the course over one night, but it won’t be long before everything gets brushed off like nothing happened at all. Yet that’s also what makes this scenario so much more nightmarish on the surface; you have the perfect setup for what slowly builds itself to become the worst night in the life of someone who just had a boring day doing exactly what it is that they do for a living, then what it turns into is one of the funniest films of all time. Martin Scorsese never feels afraid to turn this seemingly simple story of one bad night into something incredibly quirky, but that’s what also makes the circumstances surrounding what happened to Paul into what you’d already imagine would be your worst nightmare upon a long day at work.

What makes After Hours work so wonderfully goes so much more than how much Scorsese stretches out a seemingly simple concept, but it also becomes a lot more than about random encounters; it’s also incredibly riveting from start to finish as it starts to hinge on the outright surreal. Moving by at an incredibly brisk pace, sitting down for an hour and a half also feels somewhat longer as you’re also feeling the sort of paranoia running through Paul’s head as he tries to get home. Every character outside of the lowly Paul is almost impossible to understand, but their quirks still allow their performers to turn out the funniest material imaginable. Adding to that, you’ve never seen New York feel much more like a visual nightmare than what you’d see Martin Scorsese and cinematographer Michael Ballhaus flash right out in front of you, as it always feels like it’s on the run, leaving you trapped in that same frame of mind that Paul Hackett is.

Everything that happens in After Hours feels like it could be mere coincidence, especially as so many loose ends continuously tie themselves together when Paul runs into more strangers on his night out. None of them make sense, but the questions that one would ask ultimately don’t matter, when all that you’re made to wonder is whether or not Paul can end up surviving the night. Although it may be Martin Scorsese creating a more overt comedy compared to the morbid nature of The King of Comedy, After Hours does not shy away from the outright nightmarish feelings about simply being trapped somewhere you don’t want to be, whether it be stuck doing your boring job or even trying to fight your way for your own survival. The moment you feel that paranoia of walking down the street in a city either you do or don’t know all too well, After Hours ramps up those fears to such an extreme where the humour turns itself into high tension. You’re left wondering how can he survive, but it’s simply not knowing what happens that makes After Hours so perfect too.

Much like The King of Comedy, After Hours may also be an incredibly darkly funny movie from start to finish but that’s also what makes it a great horror movie too. In a city that’s continuously out to get you in all the worst ways imaginable, After Hours is also Martin Scorsese at his most outright Hitchcockian. With the way the film concludes, it’s best put that perhaps the nightmare that Scorsese presents to you would never really find itself ending, as it only started getting so much worse over the course of a night, only for everything to be absolutely nothing for those around you in your daily life for they were never involved. While it may seem so simple, After Hours doesn’t lean itself on being straightforward but as it leans towards the more bizarre, this nightmare soon becomes a portion of life you’re more than willing to recognize as something that could happen in some way or another.