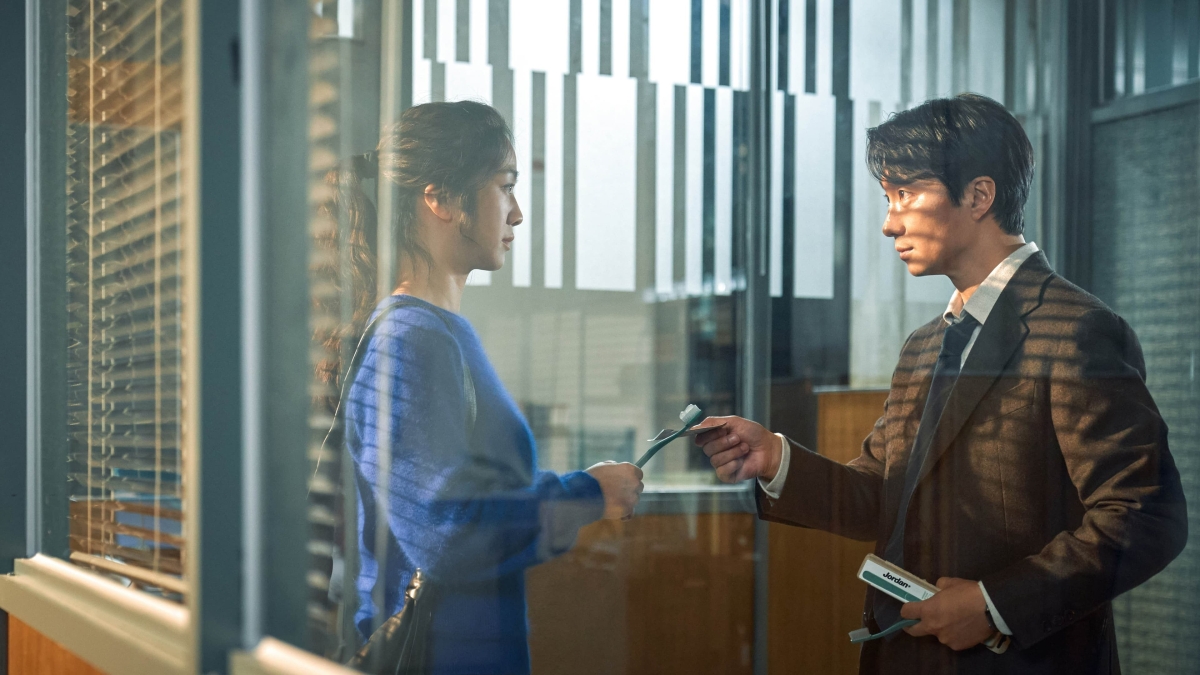 No one makes thrillers like Park Chan-wook does, whether you’re watching a film like Oldboy, Lady Vengeance, or The Handmaiden, they always feel like there’s much more going on beyond the usual mystery at hand. This is where now, with Decision to Leave, Park Chan-wook goes forth with making a film clearly echoing the films of Alfred Hitchcock and the like, and he shows himself to be the closest thing we have to a modern-day equivalent. Like The Handmaiden, it’s very evidently romantic, but also just deeply twisted in ways that tap into the darkest desires of those around you, to the point that the central mystery isn’t the entire thrill as much as it is the whole world that Park builds to surround it.

Park Hae-il stars as Hae-joon, a seasoned detective investigating a murder from a strange circumstance. The only suspect at hand is the widowed Seo-rae, a Chinese woman portrayed by Tang Wei. As the pieces of the puzzle are slowly put together, solving the murder becomes secondary towards Hae-joon’s own growing romantic feelings for Seo-rae. Seo-rae first raises suspicions from laughing at the circumstances which led to her husband’s death, but Hae-joon finds himself continuously falling in love with her the longer he stays a part of the investigation. What Park Chan-wook creates here isn’t simply his most romantic film to date, but maybe the most that he’s ever been in a long while.

The entire setup of Decision to Leave is one that presents itself as a simple detective story, but Park Chan-wook chooses to be more playful with it. When the film starts, you’re left to think that the whole vibe focuses on the mystery at hand about the murders, but Park Chan-wook plays around with the whole idea of the detective being swept away by the charms of the suspect, and later finds himself inside a whole other dilemma as she starts to tap into his own desires – by playing mind games with Hae-joon. That’s only part of where the fun begins in this new Park Chan-wook film.

Where it becomes clear that Park Chan-wook is inviting you to have fun with Decision to Leave comes forth from the way that Seo-rae and Hae-joon start interacting with one another. First coming to mind is the fact that Seo-rae is a Chinese woman who had been living in South Korea, which is best reflected in the fact her Korean isn’t perfect – but also through how her dialogue is often run through translators, meaning that the subtle nuances of the Mandarin language would ultimately be lost. But all that matters to Hae-joon in turn is that Seo-rae just happens to be as enigmatic as she is, often voyeuristically investigating and inserting himself into her life. At a certain point, Hae-joon’s own “dedication” to the murder case gets put into question, just as much as your own perception of how Seo-rae takes to the way people around her are treating her.

Key to this are the performances from Park Hae-il and Tang Wei, who bounce off one another so perfectly and fit the archetypes that Park Chan-wook aims to deconstruct. When we see Hae-joon taking interest in Seo-rae for her own allure, we get the impression that he is a kindly man who simply wants to be able to do his job. But with how the world around Tang Wei’s turn as Seo-rae revolves, she is the perfect femme fatale. Going back to her own debut performance in Ang Lee’s Lust, Caution, what you’re seeing from Tang Wei is a perfect mirror of that role, but maybe some more power at play with all things considered. It’s easy enough to be swept away by her mere presence, but also how she commands every moment that she’s on the screen, just as she does with many aspects of Hae-joon’s own life.

It’s also worth noting that the erotic atmosphere of Decision to Leave is not unfamiliar material for Park Chan-wook, because it shows itself to be a crucial factor in making The Handmaiden one of his most notable efforts. While not nearly as explicit in nature, the tension forming between Hae-joon and Seo-rae also feels akin to a mind game at play, as noted in an earlier paragraph. Owing to the work of Alfred Hitchcock, the viewer gets to see the voyeuristic fantasies of Hae-joon on the screen, but you also see himself being put in danger, especially as Seo-rae continually tempts him, first from the interrogation room and going forth from scenes where we finally get to see Seo-rae at her most vulnerable.

Decision to Leave shows Park Chan-wook at some of his most stylized, first from the unique point-of-view shots from inanimate objects whether they range from corpses or a phone screen, but it all feels enigmatic. It never feels limited just to showing the story as a murder mystery to be easily solved, but Park Chan-wook plays around with the lines of morality as Hae-joon and Seo-rae play around with the balance they have. At times, it can be very funny, but it sticks the landing as a beautifully erotic piece of work, and a wholly spellbinding achievement. It is Park Chan-wook being as playful as ever, and in turn, one of the year’s best films.

All images via MUBI.