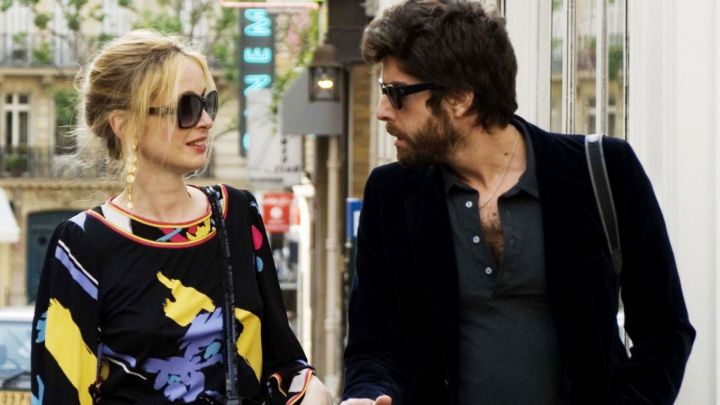 Julie Delpy wrote, directed, produced, edited, composed the soundtrack, and played the leading role for this frustrating piece of work, which seems to have caught more admiration around parts where I was instead finding myself at distance. From watching her in Three Colors: White or any entry into Richard Linklater’s Before trilogy, there’s always something wonderful to be found whether it come from her acting or her writing, but seeing as she’s putting herself up for so many responsibilities with 2 Days in Paris, the results were rather interesting but unfortunately not anywhere near the level that could have been reached with the potential being implied.

I always knew Julie Delpy to be a great actress, and unsurprisingly, she’s absolutely fantastic in this role which she wrote for herself. Like I would expect from what she’s done together with Ethan Hawke and Richard Linklater for the Before trilogy from Sunset onward, the writing is excellent. With so much good coming in, how is it that all of it managed to go wrong? Unfortunately, in spite of the greatness that arises from where it has been noted, it was not a film in which I had found myself connecting with, which came to my disappointment.

The story is noticeably following a very similar vein to the Before trilogy, in a sense we have dialogue being the driving factor to the romance. Noticeably, it’s different in a sense that it wants to be more neurotic, almost striking back to the work of Woody Allen. Turning down to a more neurotic route seems to be where 2 Days in Paris doesn’t work nearly as effectively as it could have been, because in turn, some of the antics which are presented on the screen give off an impression that our protagonists are annoying, which only left me at much more of a distance from what I was viewing.

Although I really admire her efforts behind the camera, what I don’t like is Julie Delpy’s manner of approaching the subject manner. I appreciate what she’s trying to get across and while 2 Days in Paris most certainly is very far away from a bad film, the worst thing about it that got my own attention was how I found the leading characters to be rather unsympathetic individuals. The best way in which I can describe what has been left right here is that it’s as if one can take the Before trilogy and strip it away of what it was that had best defined the romance which formed between Jesse and Celine, replace them with people who are treating each other terribly, and then this is the final result.

I really don’t want to come off as one who is being too harsh because I absolutely love Julie Delpy for her incredible devotion to the material we have at hand, I only wish that the story had been something I could find myself more connected with. The dialogue, acting, and direction, all across the board is just fantastic, but it’s heavily flawed thanks to its uneven movement and lack of exploration for any of its supporting characters. Admittedly, it’s a rather solid attempt from Julie Delpy as she works behind the camera, but 2 Days in Paris really is something that should have been much better than what it was.

All images via Samuel Goldwyn Films.