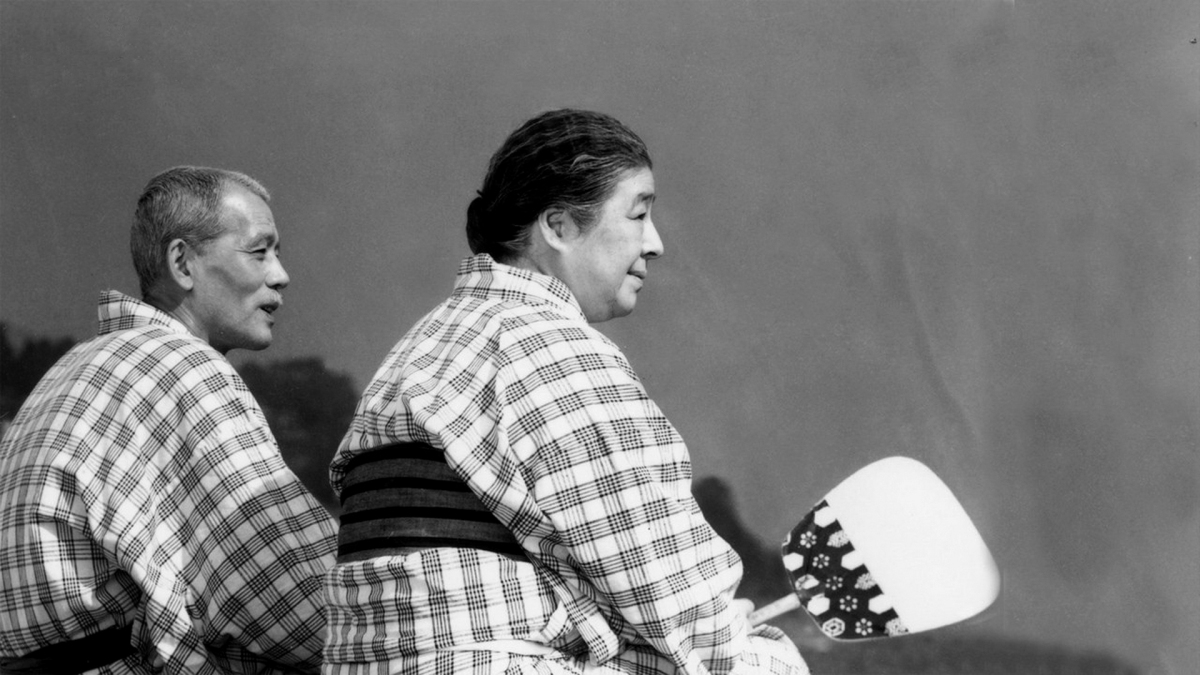 This may not be a mere review but more a personal diary entry and reflection. I spent an entire night without sleep and I reflect upon my own guilt as I was watching Yasujiro Ozu’s Tokyo Story again, a specific film that only moved me to my core from the first moment in which I laid my eyes on it for I was left to think about what other members of my own family mean to myself. A group of online peers have also provoked me for I kept thinking of nothing but intense guilt over what I’ve done just for their own sake, and the stress it’s brought on my end is unbelievable for what I myself am encountering at a young age, and it’s where I find that my best means of communicating with others comes out from my own love of film.

Where I pick Tokyo Story comes from how it’s a film that pertains to the values of family and there’s an extent to which I relate the film’s picture of how important family is to us, to a circle of friends. The children in Tokyo Story are focused primarily on themselves, especially upon the time in which their elders have come around their home in order only for a simple reason, to pay a visit. Soon, I look back at myself under the light of these children and I reflect upon what I’ve done while I’m still living. I reflect upon the selfishness that I’ve shown in my attempts of caring about my friends, whether it was called for or not, and in many cases, it’s uncalled for.

These actors I saw, were not merely actors anymore, but instead of seeing excellent performances from an amazing cast, I saw what could possibly have been a mirroring of my own family and my own friendships. I felt the brokenness which had plagued the family because of one’s selfishness. These actors were not playing characters, for instead I felt I was watching an actual family attempting to rekindle, almost like how my own friendships have played out, because no matter how much I try, I feel as if I only break everything more as I succumb to an egocentric belief. And there are many moments in which I don’t want my parents sniffing into my own business, but maybe their words mean more. These people weren’t actors nor characters, they were the family in itself, in all its brokenness and disappointment.

Ozu’s films never have their camera in movement, showing us what’s there within the characters’ emotions, especially since the details whether it be within the landscapes or the exteriors of buildings, they evoke a sense of peace and tranquility which we think we are in, especially under such emotional stress. Like life, everything moves at a rather slow and steady pace, but the slowness leaves me thinking as I want more to occur right away, I’m just too impatient even for life at times like this. Ozu utilized this slowness as a means of moving in the manner to which life flows, much like a river, at its own pace, and he lets the beauty entrance us.

Yet where Tokyo Story impresses me most, I feel, comes out from what important themes are handled within the simplistic approach. Tokyo Story, for the humanistic values which it is worth, deals with family love and self-acceptance. The generational divide especially is rather clear, from the parents’ representation of the classic lifestyle and the children are dying hope, succumbing to the modern world. Although Tokyo Story very much is intending to capture the Japanese lifestyle on the screen, there’s very much a connection with any family and their own means of adapting to history before the war and after the war, thus the impact being all the more powerful.

Upon the final moments of the film is where I find myself more moved than ever. I reflect upon the day when my uncle had passed away after a heart failure, when I was seven years old. At the funeral, many members of the family no matter how far apart they were, had come together, together with friends who also cared very deeply. The sadness I had felt since these moments hit the screen had hit me personally, because I feel that my relationships in life, whether it be among friends or family, are indeed broken, but it’s only from the moment a death comes where the pieces seemingly fit together. Soon it’s where I think to myself, why is it that we wait until something as drastic as death happens in order to rekindle? It just isn’t right for me, it’s not all that simple.

As I finish up my thoughts in regards to Yasujiro Ozu’s Tokyo Story, I’d like to thank a select few friends of my own who have always been there for me. I’m sorry for the selfishness that I’ve brought onto you, because in the end, it’s taken me down more of a road of guilt than anything and it hurts me more than imaginable. I’ve spent an entire night up because I felt so horrible about what I’ve done. I’ve tried reaching out to help you, but I drag myself down a road which I resent so deeply. Tokyo Story isn’t merely a Tokyo story, it’s simply a family’s story, and the moment you notice you relate to it, it hits much harder than expected. Thank you for the support, and I’m sorry for bringing more harm than good down your way. They’ve asked, “Isn’t life disappointing?” to which the answer afterward from Setsuko Hara was, “Yes, it is.” Reflecting upon the truth in this, I’m only left saddened more.

All images via Shochiku.