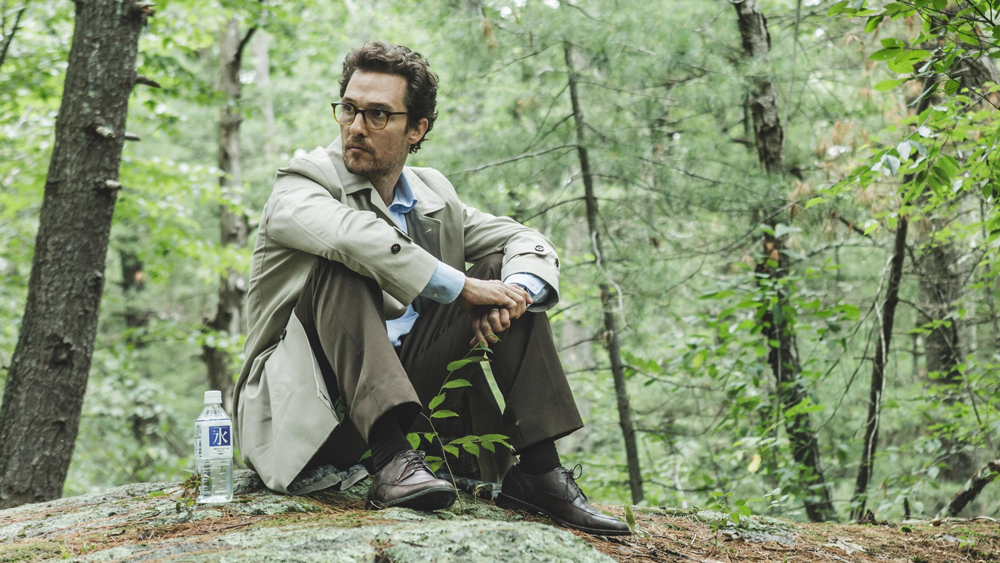 From the many things that I have heard about The Sea of Trees, I would not have expected something nearly as perplexing as what I’ve received here. Obviously, this film wants to be something so much deeper than what it’s already given us, but the fact it fails so miserably is where it is all just so fascinating to watch from start to finish. Perhaps not for the reasons that Gus Van Sant may have intended, but there’s so much that The Sea of Trees is attempting to be, and yet the fact it fails is why it just keeps our attention as it moves on. There’s an extent to which I do understand the hate it received from Cannes, but there’s another level to which I just want to recommend watching it as the amount it is doing wrong is where it deserves notice, as it’s an undeniably fascinating product from start to finish, and that’s a statement going without any irony.

Ken Watanabe and Matthew McConaughey walking through the Sea of Trees.

I’m not entirely sure how exactly I can cover up the plot because there is so little that takes place that actually can form a “story” but enough material is left behind just to grant its mere existence. The good chunk of The Sea of Trees is Matthew McConaughey and Ken Watanabe talking as they are walking through the Aokigahara Forest together with flashbacks of McConaughey’s past life, and that’s practically about it. So little of actual relevance even happens to even make this movie’s intentions any compelling, because it never keeps still about what it wants to say to its viewers, it just shows enough material to sustain a length, and everything just feels so random.

The flashback sequences, however, are what come out to become one of the most jarring aspects of the film. The first thing to be noted is how they have such little relevance to the actual story other than to fuel Matthew McConaughey’s character “development” but when McConaughey and Watanabe are talking, they are just so seldom talked about and instead it all succeeds in just dragging out the length even more. The transitioning between the sequences in the forest and the flashbacks of McConaughey’s character never establishes a proper setup to come back to either moment, but in part that is where The Sea of Trees is a fascinating experience to watch, everything is so unpredictable based on how these moments mesh together, as nothing provided sets up for the entirety of the film’s third act.

Undeniably, there are some good things that can come out of The Sea of Trees – because even with how much it is failing to get across, it’s not terribly acted at all nor is it terribly shot. The cinematography, highlighting the titular “sea of trees” is beautiful to look at, but mixed together with just the randomness that it is presenting, it all adds up to the experience that one will have when watching The Sea of Trees. You can tell that Matthew McConaughey is at least trying with what he has to work with, but you can also tell that given the turn of events that are being presented, he, was simply baffled with what was even going on (it’s clear already from the moment in which he googles “a perfect place to die” inside of one of the flashback sequences, before the twist in the third act comes in).

Now to speak of the third act of The Sea of Trees, the twist it takes is so sudden – but you ask yourself, why did we even care about these people before the film just shoved even more randomness right at us? It’s also baffling just in the sense that it’s where things of relevance are taking place, as the film finally found a theme. Yet its placement is just so haphazard it adds up just to the awkwardness which The Sea of Trees is creating. Given how much nothingness it was even creating at least when it comes to the movement of the nonexistent plot, it finally decides what it wants to be but it’s at this moment where it’s too late because it was never presenting much of worth to even begin with. The fact that it just turns down such a misguided route turns it into something unintentionally hilarious.

Not since a Neil Breen movie have I been this baffled over what I could even make of what a movie intended – because it’s just failing on all regards yet the fact that it’s all a failure is why it’s so intriguing to watch as it never loses our attention the whole way through. That sheer fact alone, plus the passable acting of the cast and the occasionally beautiful cinematography do make The Sea of Trees worth a look, but not for the reasons that Gus Van Sant intended. It’s a movie that falls upon itself a lot, but the fact that everything is crumbling down to the ground is where you just can’t help but observe how much it is doing wrong the whole time. It’s a terrible film, but I can’t even bring myself to hate it no matter how hard I even try.