I remember on one lonely night I turned to watch a specific Wong Kar-wai film when I was in an incredibly sober mood. That one film I came to was In the Mood for Love, a truly entrancing experience that I still have not yet forgotten. And upon a revisit, I feel as if something really comes back and hits me once again – and suddenly I’m convinced that it’s not only one of my favourite romantic stories, but truly one of the most mesmerizing of any sort of cinematic work, a beautiful film that gives some completely different definition to the word hypnotic. Wong Kar-wai’s In the Mood for Love is, as I see it, one of the best romance films ever made and one of the best films to have come out within the 21st century. 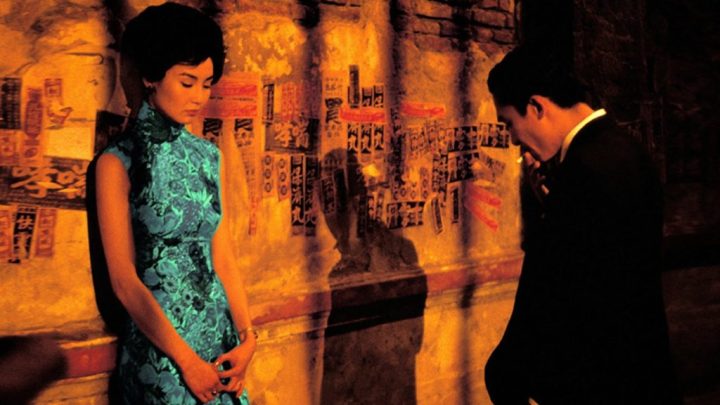 From the stunning cinematography alone, one can argue it truly is the most gorgeously shot film of the 21st century but I would like to take that a step further and say it is one of the most beautiful examples of filmmaking one will ever enhance, whether it be from the attractive colouring of the scenery down to the entrancing set pieces – calling the slightest detail attractive would merely understate the many wonders of the film. It would be a fitting term, but In the Mood for Love‘s steady camera movements also highlight some of the film’s greatest achievements: in which the limited range of colour is also representative of the suffocated space in which its leads are inhabiting as they are stuck inside of their own normal lives. Every shot is executed so brilliantly, but also so beautifully, making it all eye candy in the very best sense of the word.

The lead performances are also out of this world: Maggie Cheung offering possibly the greatest female performance of the 21st century and her partner, Tony Leung, offering a steady performance that also offers a charm like no other. You can only have an entire hour of a scene with nothing but the two of them walking down the hallways and you’ll still have something entrancing – because these performances bring so much more to the story as opposed to just being one sight inside of a role. They are people who are affected by fear, because they recognize how their lives are limiting them to a degree to which they cannot reach out to one another properly, forming something all the more heartbreaking as a result because it forms a sense of melancholy so resounding.

Or if there were one thing in specific about In the Mood for Lovethat grants itself to such a height, it would be Wong Kar-wai’s definition of love. The English title, which is derived from the song “I’m In the Mood for Love,” presents what only will make itself out to be just a hint in regards to what the film is about. Our protagonists are people who are afflicted by the restrictions of their lives to a degree of isolation, they cannot share what they truly feel with each other even with how frequently they are appointed with one another. He never directly shows that they form a romance with each other inherently, but the thought only from possibility makes for a more fascinating aspect for the mind rather than having shown a direct result.

There are a lot of films in which I have found myself smitten upon a long-awaited revisit and In the Mood for Love might just as well join that category. This isn’t merely any ordinary tale of an affair. It is a treat to all of one’s senses, from all the incredible details given to its story, the beautiful set pieces, the hypnotizing nature of isolation in this world, the mesmerizing score by Shigeru Umebayashi, it is worth noting just about any small detail to describe the wonders present. This is a work of art that will forever stay rooted within my head, I cannot perfectly describe how captivated I was with such an experience. I keep coming back to Wong Kar-wai films thinking to myself about the peculiar feeling which they leave inside of my head, something which had almost felt impossible from the moment I first saw Chungking Express. From In the Mood for Love, I was left with a much tougher challenge at hand, for a work nearly as beautiful as this only ever would come once in my own lifetime. A film like this defines what I love most about cinema today.