Something to Milla Jovovich’s presence can feel alluring when directors can use it in the right spaces, Faces in the Crowd never works around any of that at all nor does it even wish it can. Instead, we have every last ounce of that wasted in something so stupid, but it is never stupid enough to sustain even a laugh. Faces in the Crowd is a film whose stupidity is clear from how much it overreaches in many aspects (one of which even includes the title, almost sounding like the similarly titled and unrelated Elia Kazan film A Face in the Crowd). The degree of overreaching in Faces in the Crowd goes to show how quite a film is willing to let itself sink itself down even further, as the sheer inanity became more distinguishable than anything else about it. 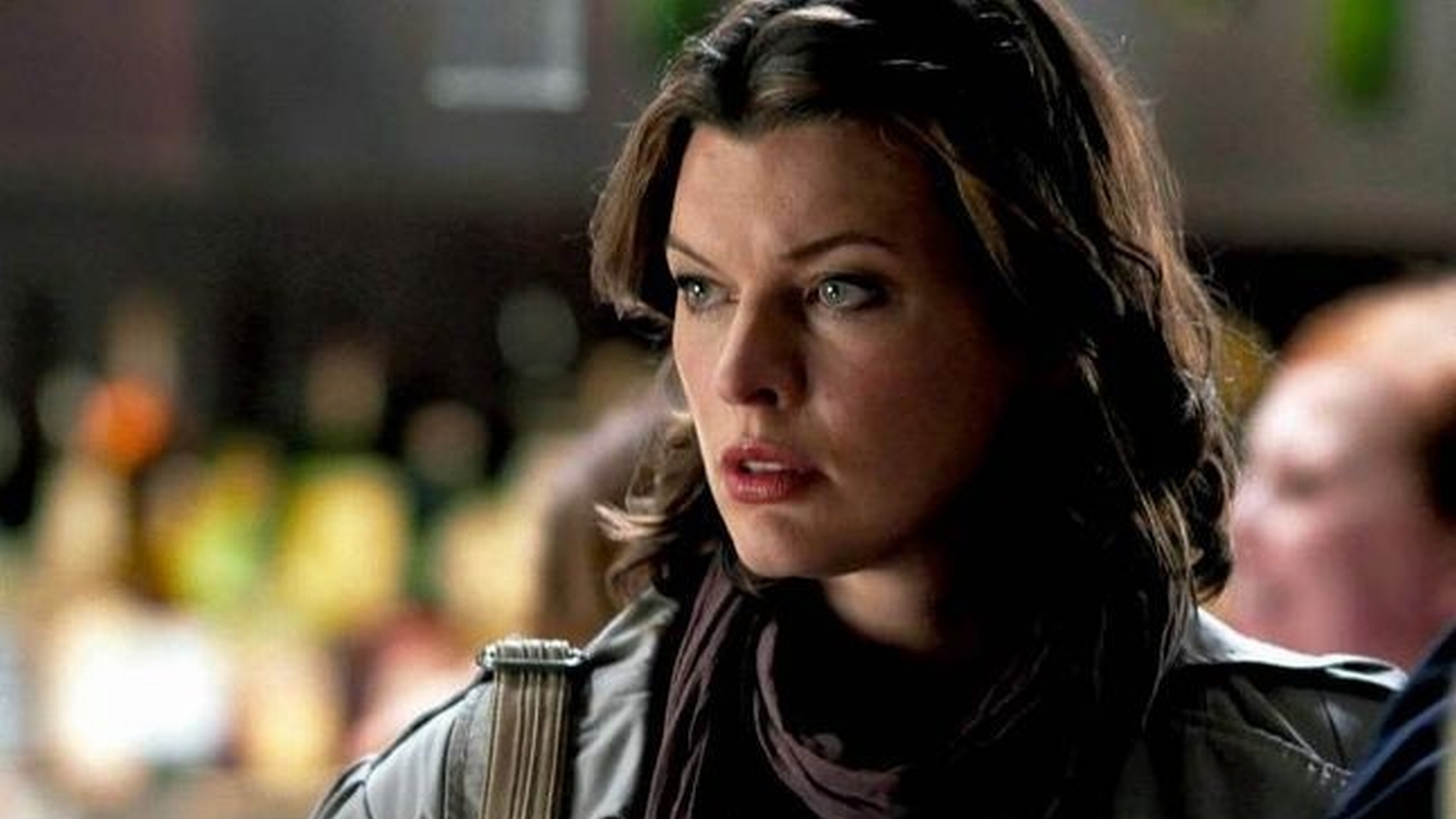 A blinded Milla Jovovich in Faces in the Crowd.

Milla Jovovich plays a school teacher who becomes the key witness to a murder, but after surviving the attack of the killer, she suffers from face blindness which hinders her from recognizing the familiar faces which she once knew. The killer who was responsible for the blindness is now searching for her, but as a result of this blindness, she cannot recognize him. Initially the setup is somewhat interesting, but it is also this concept which ends up serving as the biggest downfall to Faces in the Crowd – as all the worst aspects become adamantly clear from then on. This premise seems so promising but in the end, it is also what happens to be responsible for causing so many of the film’s very own faults in regards to what it wishes it could have been.

One of the first problems with how the film handles its premise is the fact that it is extremely disorienting. What first struck me about the film’s movement within this premise was how much it also managed to remind me of David Moreau and Xavier Pilaud’s The Eye. The glaring issue with The Eye is that it never establishes at all the difference between its first person and third person viewpoints so much so to a point in which a shift occurs, it feels so jarring and as a result it takes away from the tension. A similar problem occurs here, especially when we look at the film from Milla Jovovich’s point of view because much likeThe Eye, it is never distinguished which point of view is different from the other.

It also does not help that within the point of view of Jovovich’s character, the bad lip syncing is so painfully obvious seeing that we have a case in which the real actors are offering their voices to a specific character while another face takes over. This became one of the most baffling aspects of Faces in the Crowd for myself because it only created a sense of disconnect from the material that it wanted to be at hand. The fact that the film never consistently chooses to stay in one perspective is a critical factor as to why it ends up not working very well, for after the bad lip sync ends up becoming so glaring, it wears off very quickly and turns into one of the most annoying aspects of the film. There is never a sense of consistency with this gimmick, as what started off neatly becomes so grating to withstand.

Most fatal is the fact that overall, the screenplay is so predictable to that point it is never clear to what the film ever wanted to be. Whether you first notice the film treading into a more emotional territory or the overly ridiculous climax that comes along, so little is set in motion for Faces in the Crowd. No one feels developed, as instead those at the center of our attention are merely plot devices who only move just for the sake of keeping the film moving. One can give credit to Milla Jovovich for trying to make something notable out of the terrible material to which she has to work with, but given as the killer can already be predicted even with the disorienting perspectives put into play, she is unable to save the final product especially from the moment in which the climactic sequence takes place.

Faces in the Crowd is an idiotic film that never feels sure of itself in any way, shape, or form. The acting from Milla Jovovich is fine, but within no time what we are presented is a gimmick that only becomes nothing more than a pure annoyance together with an overly predictable outline. And even worse at hand is when the film ends up overreaching in regards to what it is presenting, for it fails so miserably at achieving such a height. You would imagine that the disorienting feel could have created something for the film based on the promise generated from how it is pulled off the moment it is introduced into the film, but given as the outcome can be seen from miles away, all that Faces in the Crowd makes itself out to be is something so idiotic to the point it leaves behind a grating experience. And as a means of getting a bad pun out of the way, one would easily be better off watching Kazan’s A Face in the Crowd.

All images via Millennium Entertainment.