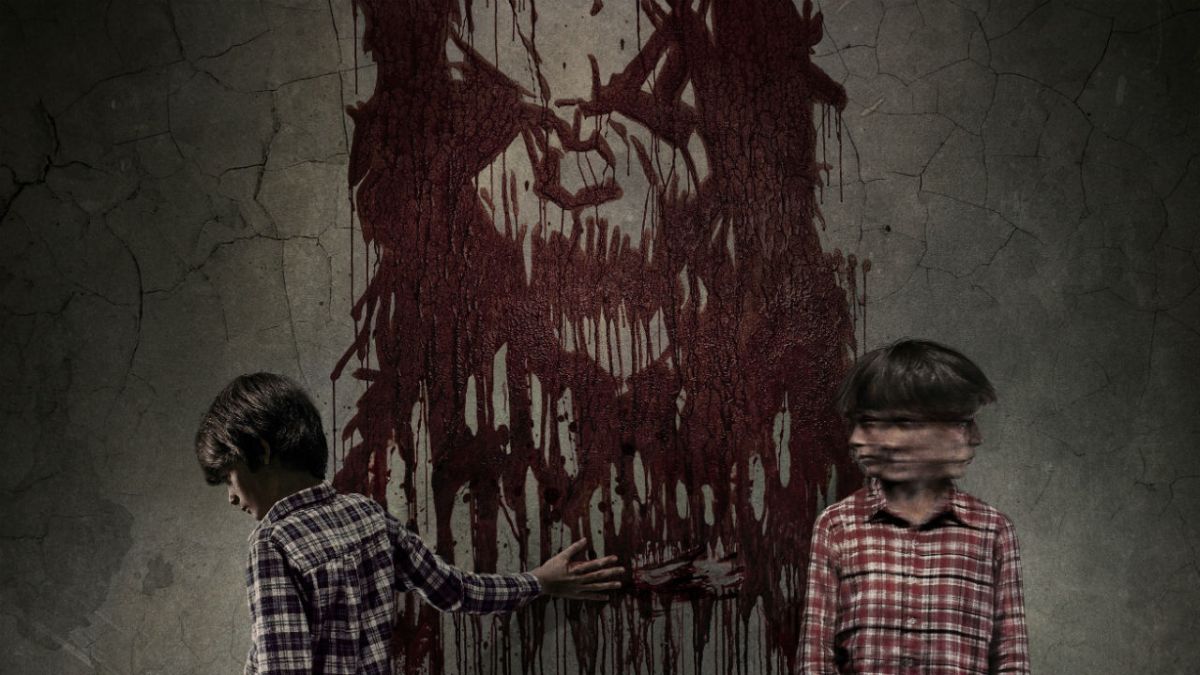 Scott Derrickson’s Sinister is a well-crafted horror film and amongst the better mainstream entries of its genre in this decade thus far, even if it was never a film I found myself connected with. The idea of a sequel, though, was never something that sounded right because I would never have imagined that the first film was begging for one to begin with, but it was made anyway. As much as I may not have been a huge fan of the first Sinister film, I was able to recognize what good qualities said film had contained that felt so lacking in Sinister 2, considering the laziness that the material contains at least when it comes to how much it ends up relying on what we remember of the first.

Preparing to watch a snuff film in Sinister 2.

The plot loosely treads upon the beats that the first film had carried, one of which even includes the murder captured on camera in the opening. This is the only segment of Sinister 2 that ever feels very worthy of note. Suddenly, the tumbling of Sinister 2 flashed because it started to retreat upon many elements that the first film had used and suddenly, demolishes all of the best things going for it. At the very least, what the first Sinister film had created was a vibe that made sense, but there’s an amount that ends up coming off not as a sequel to Sinister, but instead a film that wants to go ahead and destroy what Sinister was ever remotely interested in creating, because it either retreads too much or changes drastically the very best aspects of the first.

One of the most noticeable faults of Sinister 2 comes from how the point of our focus is now that of a child. Instead of watching the snuff films at free will, he is merely forced to watch them, which is one of the most crucial factors to the tension of the first. In the first film, it was the curiosity behind the tapes that ended up bringing its lead characters to the situation which they entrap themselves within, but in here it feels more as if the film were looking for an excuse to get itself moving because the fact that force drives the characters to one path destroys any real sense of fright because the viewers might not be interested enough in watching the contents in the manner that the first film had only been hinting at the curiosity about them.

What’s also extremely bothersome is how repetitive Sinister 2 is. A single viewing of the haunting imagery from the tapes can be enough in order to set the tone of the film going, but by having the same image repeated, it seems more like we are only being reminded the whole time of something that is supposed to be haunting us to that point it takes one out of the film. What can easily be picked out from here is that it feels more as if Sinister 2 is just unsure of what sort of atmosphere it wanted to create, because there is no need to ham-fist something that we already know as the only result that can be acquired out of doing such is making the film either drag out longer than it should or leave important factors underdeveloped, and considering how significantly shorter this sequel is compared to its predecessor, both of these flaws are made much clearer.

One of my issues with the first film that ultimately hindered my enjoyment of it was how we have a recollection of tropes once again to set events in motion. While Scott Derrickson at least had attempted to do something interesting with elements that could already ring off as familiar in some areas, the many places in which Sinister 2 is failing is that it is only playing upon the creepy children trope so much to the point that it feels like a worn out gimmick. It also doesn’t help that the child acting in here is remarkably terrible, because the supposed effect that I would have imagined Ciaran Foy would have wanted had never came out at one point.

All thanks to Sinister 2, I feel that my appreciation towards the predecessor has increased so highly because it was reminding me so much of the many good things that Sinister had going for it and was destroying all of them in the process. Whether it comes down to the film’s refusal to follow a sense of logic considering how it makes so much of its own rules as it goes along or the clear rubbing in of information that we have already been told, there’s so much to Sinister 2 that only presents itself to be nothing more than a demolished version of its predecessor. Not all horror film sequels are unnecessary, but Sinister 2 certainly lands down there.