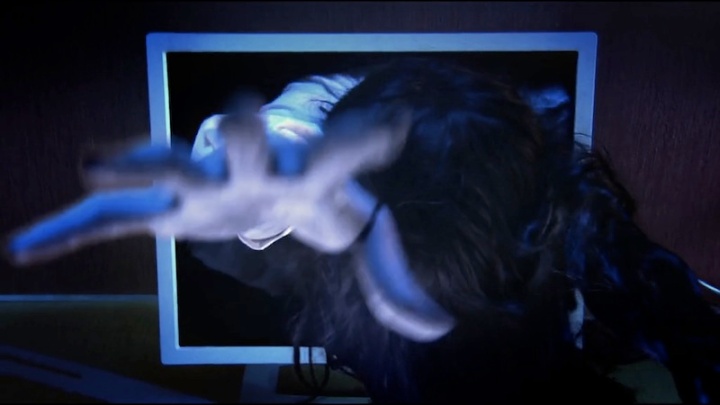 I’m not a fan of the Ring films (that also includes the original by Hideo Nakata) but to see that in Japan, a 3D film had been made with the source – the only thing that I could ever expect it to be was something so stupid from start to finish but with that set in motion, I would at least hope for something to enjoy amidst the stupidity. Sadako 3D was none of that, it was a stupid film to the point it was only mind-numbing and extremely boring. Being someone who is not a fan of the Ring movies certainly does not help in my case, but finding things to enjoy in Sadako 3D was already difficult enough with all the lack of logic, since there was almost nothing offered that even seemed like enough to be stupid fun.

Being a sequel to Rasen, the original sequel to Ring to be based on a work from Koji Suzuki, Sadako 3D once again moves away from the material penned by its creator in the same manner that Ring 2 had done so. Instead of keeping with the concept in which a cursed video had ended up resulting in the deaths of whoever had fell victim to watching it, we now have a live stream being recorded in the opening with Sadako Yamamura killing the person responsible for starting said stream. Eventually, people who watch the stream also commit suicide, but it was at this point I was questioning whether or not Sadako 3D understands what it is that Ring had been going for to begin with.

My best guess is that when Sadako 3D was made, all that had been put in mind was whether or not the people who came up with the concept understood what Ring even was in the first place. Sure, we have an update for the story as a means of catching up with a new age so naturally, the first thing I would have picked up on was how Sadako is now able to attack from more than just a television – but the fact she now has a much wider range ends up working against the tension. At least in a more confined space, there was a claustrophobic feel towards her presence, but now that she can attack anyone at any point, whether it be from street advertisements, laptops, and smartphones, everything just comes far too frequently because you know something will leap at you the next second or so without buildup.

With Sadako Yamamura as the titular character, what caught me most was how terrible the film’s understanding of Sadako is. At least with the remake creating Samara Morgan, it understood why her presence was frightening because even with how she appears to be an entity, she is still a normal human being. In Sadako 3D, we are offered a crude bastardization of the character for instead of being any regular human being, she is some sort of a deformed monster. At this point, I just thought to myself that the people behind this had not even seen the original Ring, because changing her into what she is in Sadako 3D took away every sense of dread that her presence in the source material had carried. That’s not especially all though, because Sadako is not committing murders this time, as instead all the victims are killing themselves, again eliminating what it was that made Sadako a frightening character.

The special effects are cheesy, but at least there’s a sense of enjoyment that could come out from how they are pulled off in the first rounds before they are overused to the degree they are thrown in your face (a repeated effect in here involves glass shards flying at the screen). It came to my surprise that they were not the worst part of the film as annoying as the gimmick had gotten, but you have the terrible acting together with the film’s own attempts at being emotional which tread upon sappiness. Our protagonist is a relatively faceless individual, but it’s incredibly baffling to watch her progression all throughout as at one point she runs away from the problems and can scream loud enough to provide the film’s annoying gimmick with glass flying at the screen, and suddenly she has no problem with anything.

It was funny enough to watch Sadako 3D try to move on as if it were like any of the others, but it was never funny enough to make something laughably bad through and through, as these moments only came in sporadically. If one understands what made the Ring movies work for what they are, then one can watch Sadako 3D to find a complete misunderstanding of what they had aimed for from start to finish – and even with my indifference to both the original and its American remake, it just baffled me how this moved along trying to be a Ring movie when most evidently it was something else all the way through, it just carried something related to Ring in its title and instead presented itself as a monster movie.

All images via Kadokawa Pictures.