The first thing that came to mind when I watched No Home Movie was a thought of heartbreak. It was not only in the fact that Chantal Akerman had committed suicide and No Home Movie was her last film, but also within the subject to which it focused on, all to have suddenly been made much more heartbreaking with the eventual death of Akerman. And yet with all of this having been said, it is that one growing feeling where No Home Movie begins to lay its own effect on those whom are watching, for what Akerman presents brings oneself back to a time we were not around, and we are left to reflect upon the figures that led to our own existence. It fits that this is Akerman’s swan song, because it reveals so much about herself in the very best manner, and lays the personal to become universal. 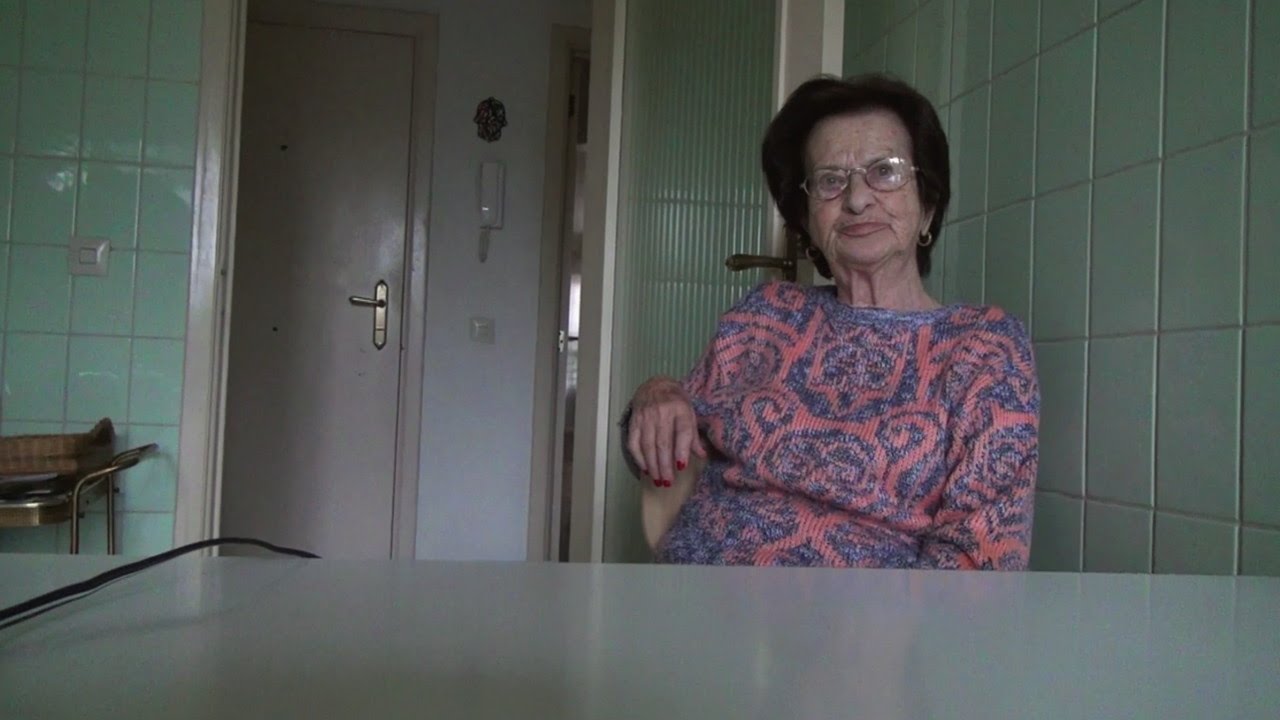 Chantal Akerman’s No Home Movie goes back to the roots of ordinary life once again as she did with Jeanne Dielman, now in a documentary format. And she had it remain simple: it was a simple recount of conversations between Akerman and her mother, moments before she had passed away herself – taking place both in person and on Skype. During this time, we learn about Natalie’s past as an Auschwitz survivor, together with her time living as the world around her begins to advance more and more. It could not get any simpler from there on, but this simplicity is what adds to what makes No Home Movie carry the impact to which it does, and soon enough, a sense of guilt overcame me.

It all started from the thought of what Akerman’s own mother had to endure very early in her life, and how even to this day it still traumatizes her. The most beautiful things to have come out of No Home Movie end up becoming the reasons as to why at its core the film is even more heartbreaking in the very end, for Akerman does not need to cut back to her mother’s past in order for us to get a grasp of the damage to which it had left upon her family, but as we hear Akerman’s own mother recalling the stories of her own life, something universal strikes from the setting which Akerman herself places this own recollection. It is all inside of her house, highlighting how we can come back to think of our own mothers as they tell us our stories – and we keep them alive from generation to generation.

What’s most intriguing about No Home Movie, however, is how much Akerman works around the fact that so minimal comes along with the appearance of its own cost, even with how much footage apparently has been recorded in this case (over forty hours’ worth). I had a feeling that the title “no home movie” was in reference to how No Home Movie was indeed made to look like a home movie, striking back to those memories we make at home, those of which we want to keep. With all of the advancing technology and the fact we know about the pains that Akerman’s own mother has already endured during her own time period, and because we have come to a point that everything has advanced so fast, perhaps it may not exactly be so much better today – for alienation arises amidst the loneliness. It would be clear from the Skype calls, which are the most disjointed parts of the film. It was hard to get behind, admittedly, but I was still fascinated where Akerman decided to move with them.

Akerman still keeps in touch with her own eye for beautiful imagery, for then and there we cut to see travelling shots to various areas, but sometimes I would like to think that when they come by, I want a bit of context. But maybe even without the context, I still found so much about these moments that ultimately would have caught my own admiration. Amidst their beauty, maybe I thought there was a foreshadow for what was set to come with Akerman’s own life, together with a contemplative nature that they inspire. For every bit of conversation that we have between Akerman and her mother, there are these moments that come by allowing us to reflect back towards themselves and it opens for a moment of empathy. A moment of empathy coming by, in regards to the guilt that comes by for our own mothers, and all they do for us and what they’ve gone through, have they received enough?

No Home Movie was a fitting swan song for Chantal Akerman’s own incredible body of work, a contemplative picture that allows for us to reflect upon what we offered for the generation before us. Something hit me from the moment I came around to watching it nearly a year after Chantal Akerman ultimately had taken her own life, but within little moments something all the more beautiful comes about. All throughout, there is just that one feeling of what is set to come by, and what’s even more heartbreaking there is the fact that it already had come soon enough right after No Home Movie. I wish I knew Akerman’s mother more, but maybe it was already telling enough from the impact that these events left upon herself that maybe, an impact can help in bringing oneself closer.

All images via Zeugma Films.