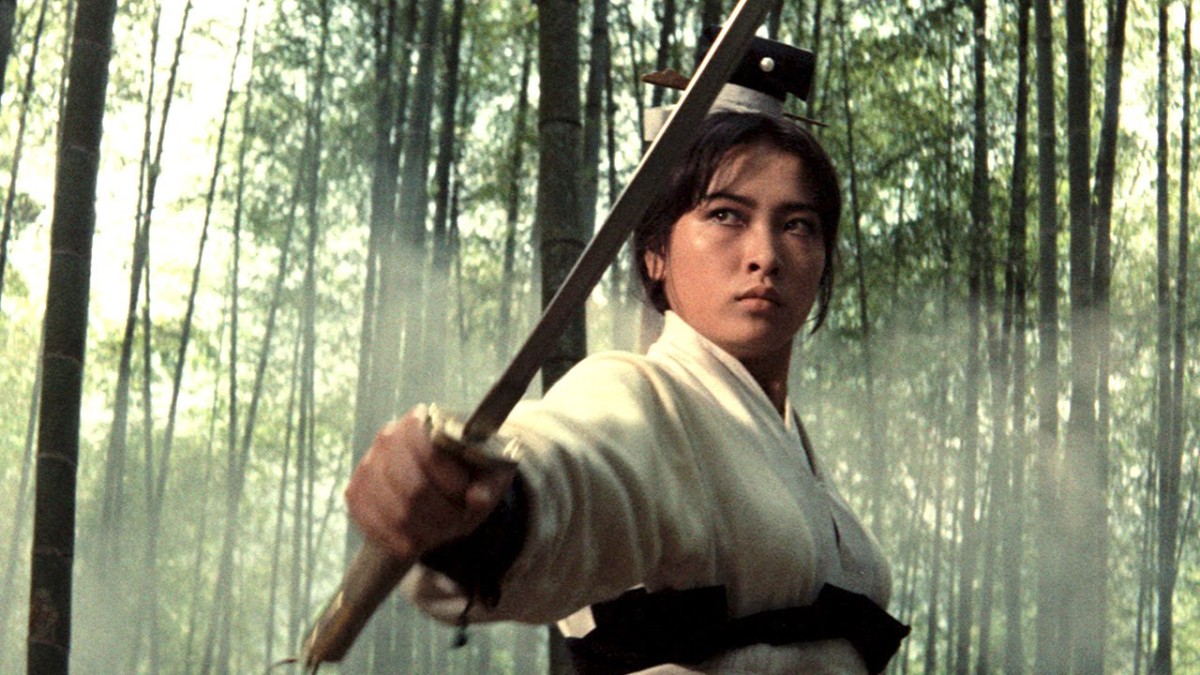 King Hu took martial arts films a whole new direction with the epic A Touch of Zen, something that almost seemed so unusual with wuxia films. Yet amongst the other wuxia films that I’ve seen, there’s something to A Touch of Zen which ultimately makes itself a more distinctive work when placed amongst the rest, it would be from the fact that it suggests something more thoughtful. Within its own sprawling three hour length, the experience of watching A Touch of Zen only comes out rewarding, not only because it feels like half of said running time, but also in part because of what it provides all throughout. A Touch of Zen may very well be the greatest martial arts film ever made. Even with my limited experience with such films, I feel confident enough in that statement because I’d be hard-pressed to find something else like it. As often repeated when talking about some of the very best, “they really don’t make them like this anymore.” 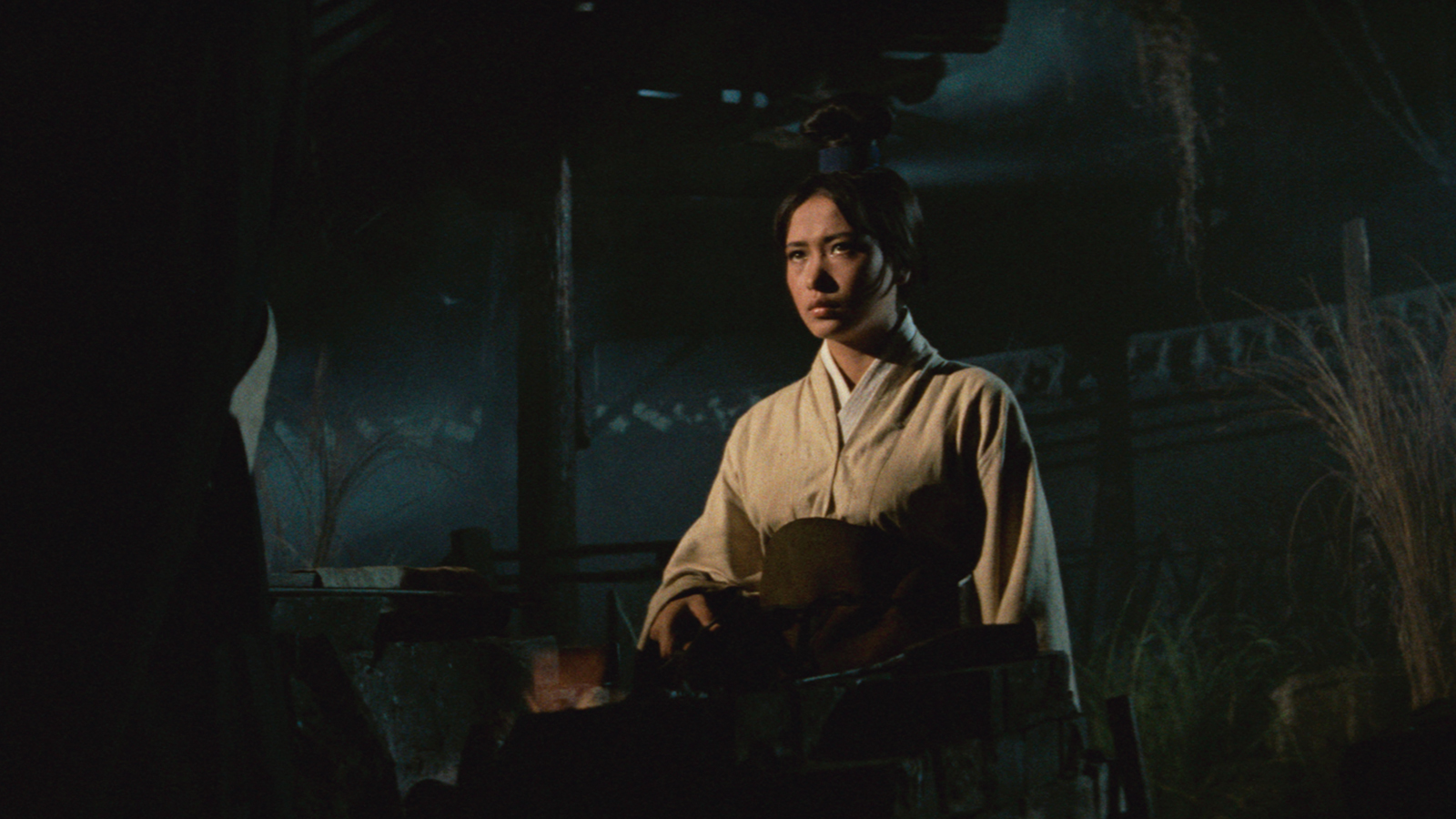 Our story is told from the perspective of Gu Sheng-zhai, a painter with good intentions if one who lacks any sort of compulsion to become anything more. He lives together with his mother near a fort with a reputation around the land for being haunted. A stranger comes to the town, who seeks to get a portrait from Gu, although he has one goal on his own mind: to bring back a female fugitive to the city for the purpose of being executed. Gu runs into the fugitive, Yang Hui-zhen, and the two become friends as she is pursued by agents of an Imperial noble, responsible for the murder of her own family. Soon, Gu finds a sense of ambition for once in his life as he is finally caught up in a matter of life and death – a pathos where the fuel of A Touch of Zen only begins kicking in. King Hu allows the most patient viewers to absorb every last detail within the sprawling length and the very best part is the fact never a single second is boring.

It starts from how King Hu places all of these landscapes together inside of this huge project. From the first frame to the last, the set pieces, together with the imagery are amongst some of the most gorgeous to have ever been captured on film. Every frame of A Touch of Zen is a literal painting, in the very best sense for the experience of watching actions as they take place in A Touch of Zen only is made to evoke a feeling as if one is browsing through an art gallery. Just the mere assembly of A Touch of Zen all around, from the locations to the cinematography, the costumes and most importantly, all of the action sequences – everything that we have come to love about martial arts films in general. Every frame as exciting as it is beautiful, for King Hu knew how to perfectly capture every moment and every detail on the screen all at once, something which the bamboo forest sequences can already prove to any viewer, for they showcase some of the very best in all of action cinema.

Although A Touch of Zen carries so much of what we have come to love about the art of a martial arts film, what elevates everything we have to a whole new level comes within the commentary that it laces upon Buddhist culture together with the political turmoil of its own time. It would be clear already from the symbolic spiderweb imagery within A Touch of Zen‘s first moments, hinting at entanglement much like the darkness would also present, making clear a feeling of isolation brought upon by corruption. Evil and good, getting caught inside of their own paths, without any sense of a clear goal about what shall come for each other, and moments of peace coming by – just like those times for meditation. And yet, they keep coming at one another, especially with the corrupt nature of the eunuch, together with Yang and her manipulative sensibilities, bringing Gu along with her on the quest to alert the emperor. It all comes down for an open-ended image, one which signifies peace – what’s left is to decide whether it really is there after all.

What I also appreciate rather highly in A Touch of Zen is the intelligent mannerisms to which King Hu goes about with his protagonists and their character arc. Gu, is established as a clumsy if well-meaning and unambitious painter, and we also have his counterpart, the fierce if manipulative Yang. King Hu’s “heroes” lack the traditional hero qualities, but what is most fascinating to watch about them as they go on their quest is how deep down, we still recognize a sense of humanity amidst all of them. Even with Yang’s shortcomings getting to her, there’s a whole lot more to her arc which ultimately makes her as compelling a figure as Hsu Feng’s performance would already have given away. She is not a damsel in distress, as this quest is all a result of her own strengths – something I admire so greatly. It would be from her own strong will, and her willingness never to let anything get in the way. In the same sense, we recognize this in the antagonists, who are power-hungry at least, in the sense it adds to Hu’s Buddhist themes, a search for peace even if their means of finding it are coming out as a result of violence.

Overwhelming is one way of putting it, for on my first watch I was so greatly captivated by everything that came to my own sight in A Touch of Zen. This is not only the greatest martial arts film ever to have been made, but it truly is a transcendent experience in all the very best possible ways. A Touch of Zen is a wonder spiritually as it is technically – for it is one of the most captivating pieces of cinema ever to have been crafted. It is easy enough to pick up on the influence which A Touch of Zen has laid upon a later generation of wuxia films, ranging from Crouching Tiger, Hidden Dragon to House of Flying Daggers – but never can they top what King Hu presented here. It is everything that we love about martial arts films and then so much more. Beautiful, intelligent, thoughtful, all of these sorts of words can be thrown around when describing A Touch of Zen, for what King Hu has left behind is a masterpiece that still remains untapped, even to this very day.