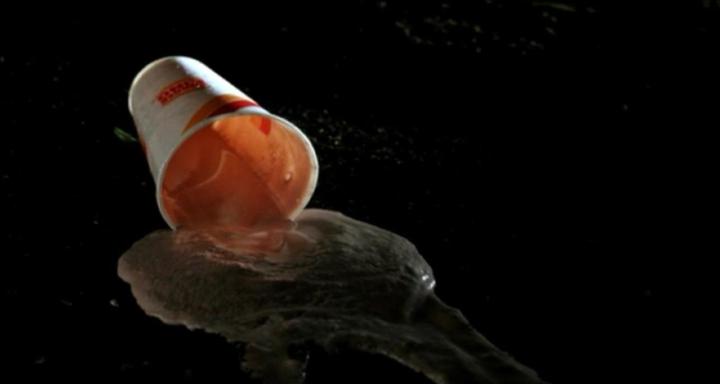 One among many things that can ever be expressed about Errol Morris’s The Thin Blue Line is that as both a testament to the screen and against the society it is depicting, it has still remained one of the most important films ever made. This documentary film plays private detective with a case that has fascinated director Errol Morris for the longest while, so within the process of making the film, The Thin Blue Line soon becomes a documentary more than just one about finding out who was truly the perpetrator – but it feels more like a legal testament that only has grown more important as time had gone by. For many reasons to come along, The Thin Blue Line is a gripping, albeit essential watch.

Errol Morris tells the story of Randall Dale Adams, a man who was sentenced to death after being suspected of the murder of police officer Robert Wood. Through reenactments he shows viewers what could easily have come off as one perception of what may have happened during the events of the murder. Through interviews he also gains a hold of both the objective and the subjective. The subjective in a sense for we gain a hold of how others saw Randall Dale Adams and how the events have traumatized him as a person, together with testimonies from David Harris, Donald J. Metcalfe (the judge), and many witnesses from the scene of the crime. There’s an objective, however, coming along in how Errol Morris puts together what other people have been saying about the case and sources of evidence he presents on the screen – one that aids a certain grimness to the atmosphere created by the film.

If Errol Morris has made anything abundantly clear with The Thin Blue Line, it be that America contains a morbid fascination with death row and amidst a flawed law system, it is set to be charged out of haste. Errol Morris’s goal with The Thin Blue Line is to prove that Randall Dale Adams was innocent of the crime to which he is arrested for. Yet Errol Morris’s fascination with this case does not limit itself only to finding evidence that proves Randall Dale Adams’s innocence, but there’s a clear statement being made about the people who saw the case from their own eyes and those who were directly involved. It is abundantly clear from the tone of certain witnesses and the police force that within one’s blood comes a need to seek vengeance. These people are in a rush to get the case over with, they sentence the suspect to death in haste, but Morris always asks one question all throughout: “To what extent is the death penalty ever necessary, and why do people feel this need to lash out in this manner?”

What Errol Morris does with The Thin Blue Line is take one story and turn it into activist art. Morris condemns this need to bring upon death penalty with this film by exposing a darker thought lingering through minds that seem peaceful at first. Yet a running thought he shows to be abundant within these people’s minds is one common thought: they all want to be seen as right. To this point it blurs clarity between truth or lie, but if Errol Morris has achieved something, traces of a psychological breakdown of the society surrounding the events and how it connects them. Everyone only cares moreso about being right, but on what ground is their perception a logical one? Errol Morris brings a sense of such into the game and thus it works as a testament against the death penalty especially on the ground that the most frightening aspect about it is that it ends up taking the wrong person through an irreversible process.

If something ever stood out to me about how Errol Morris is presenting his case, it would be that his structuring is an inviting one. It’s an inviting structure in the sense that Errol Morris wants his audiences to think about whom we are watching and whether or not we should believe what they are set to say. Yet his piecing of events and interviews plays much like that of a neo noir, if there was yet another aspect that helped in building intrigue upon the case. Errol Morris presents the case as a mystery for the audiences to piece together as he shows on the screen bits and pieces of what he is seeing and interviews from others about how they saw events take place. Yet there’s one scene he repeats for the audience all throughout, and it’s reenacted brilliantly – for it plays again like a perception of events that have taken place in one’s eyes. Morris allows audiences to think and evaluate before the revelation comes in and soon it shocks like a plot twist for a narrative feature.

What easily could have been any other documentary about how people saw one murder case unfolding in front of their own eyes soon becomes an impactful, if important sort of experience. The Thin Blue Line is a literal life changer, one on the ground that it was a film that saved the life of an innocent because of the logic it gave to a case which it presented. Errol Morris’s fascination with the murder case of Robert Wood goes beyond the murder of a police officer, but also an exposé of corruption within the law system and the inefficiency of the death penalty, especially when brought upon the wrong person. Activist cinema has only found itself reaching a high point through The Thin Blue Line – especially against a corrupt system filled with an equally bloodthirsty jury. This is more than just essential documentary filmmaking, but one of the boldest testaments against the death penalty ever to be put to the screen. Even after the results have come in, you never feel fully clean but instead fear allows itself to build up.

All images via IFC Films.