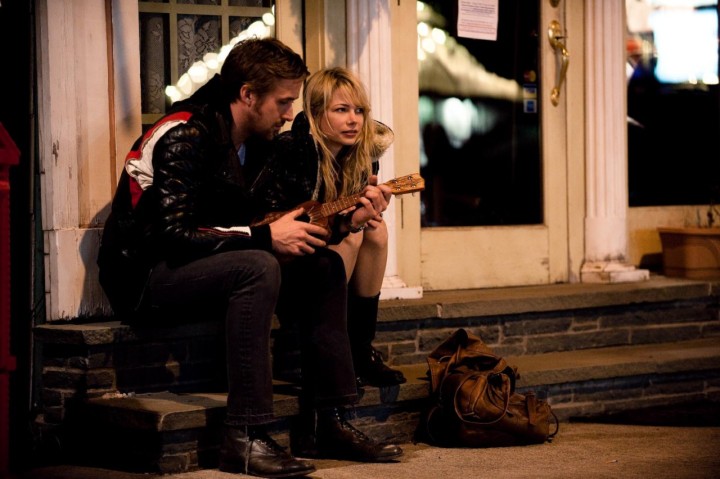 I’ve seen Blue Valentine only two times in my life but I don’t suppose it’s the sort of film I’d really rush to revisit, resulting in this review coming straight from memory. Nevertheless it still remains what I believe to be Derek Cianfrance at his best, and so far, the only one that seems to have done anything much for me. Though I’ve been indifferent towards The Place Beyond the Pines and The Light Between Oceans, Blue Valentine is as close as I’ve gotten to finding something absolutely wonderful arising from him. Yet for the strong dedication I find inside of the craft I’ve always struggled finding compulsion to revisit it and none of it has anything to do with the film being bad at all, but because the film’s subject matter and how it has been approached always had been so troubling for myself. Nevertheless I’d imagine that was the intent and for what it is, it was a triumph.

Ryan Gosling and Michelle Williams star as a boy and a girl living together inside of a quiet neighborhood, nothing particularly unusual about either. Shifting back and forth between time, we get glimpses of their relationship, marriage, as it ends up dissolving in front of one’s own eyes. If I were to talk about my own experiences with relationships, unfortunately I can’t be one to speak about forming much connection with Blue Valentine for personal reasons although I still saw a great film coming at hand. What I saw out of this messy structure reflected upon the brokenness of a relationship the moment one recognizes the point to where it starts fading, and what can be felt in the way it’s told is just pure misery. While a bit overboard at times, it’s a fitting misery to accompany the narrative to which Blue Valentine is embodying and thus it makes for a harrowing, tragic watch.

The film’s approach to the subject matter is greatly sexual although it is never erotic, but rather instead it is the sort that plays great emphasis on the painful state of the bond between Gosling and Williams. On Derek Cianfrance’s end, this is a particularly risky move and it isn’t without its own contrivances, but it fits the way the story is being told. It fits because Cianfrance seems more interested in showing all the lows of what could appear in front of anyone’s eyes as their idea of a happy relationship, leading to its eventual fade. It also helps that Gosling and Williams are great when together, but Williams especially is a standout – some of the best that she’s been since Kelly Reichardt’s Wendy and Lucy. As Dean and Cindy, they make for a beautiful couple engulfed by tragic circumstances and thus Cianfrance’s approach is made all the more intimate, resulting in such a blow coming out of the blue.

What still caught me from the first time around was the fact that Blue Valentine feels so comfortable within the small environment where it is confined within, and makes the best out of it. It’s a scale of this sort to where I wish that Derek Cianfrance has kept himself within because it seems more fitting for retaining the impact that his characters leave behind compared to films like The Place Beyond the Pines or The Light Between Oceans, where it ends up becoming a struggle because they have no clear identity. Cianfrance once again goes under a risky territory with the fact he jumps around time with Blue Valentine‘s own grasp on narrative given the interspersing of moments of happiness and those of sadness, but the revelations end up bringing a greater impact because of the structure considering the fact that they’re known. And it’s all kept confined, which is even more satisfying.

If I were to give credit where it was due, it would be within how it takes an approach that I greatly dislike (overly miserable subject matter and drowning out any tangible sense of hope) and turns it around in front of my own eyes. This is a miserable film, but it speaks volumes because of the fact it isn’t just playing upon miserable for the sake of being miserable. It retains the fact it’s so miserable because relationships at their very lowest points can only go so hopeless and drain any desire for marriage, and this universality was something that only ends up feeling natural in the process. It’s not easy to make a film that is consistently sad and grows sadder as it moves on without a feeling of blatant manipulation being present, but the way it’s used in Blue Valentine was one that only ever seemed to be the most fitting choice with encompassing the subject matter that it carries and it’s grueling.

Blue Valentine will not be a film for every viewer given the difficulty of the subject matter but it’s to be expected of a portrait of disintegrating marriage. It won’t be for everyone because the structure and approach will not be tangible for the common moviegoer, but there’s a greater strength that can arise based on personal experience especially with relationships. I’ve had my own downs at one point of my life but while I found it to be a struggle connecting with the state that Blue Valentine has left its own characters within, I still recognized something greater because of the fact that it just retained that unflinching approach and never had me uninterested, because I still believed in these characters to be real people. I only wish that this small scale was one that Derek Cianfrance had limited himself within, because he seems to draw out only the best under a confined space.