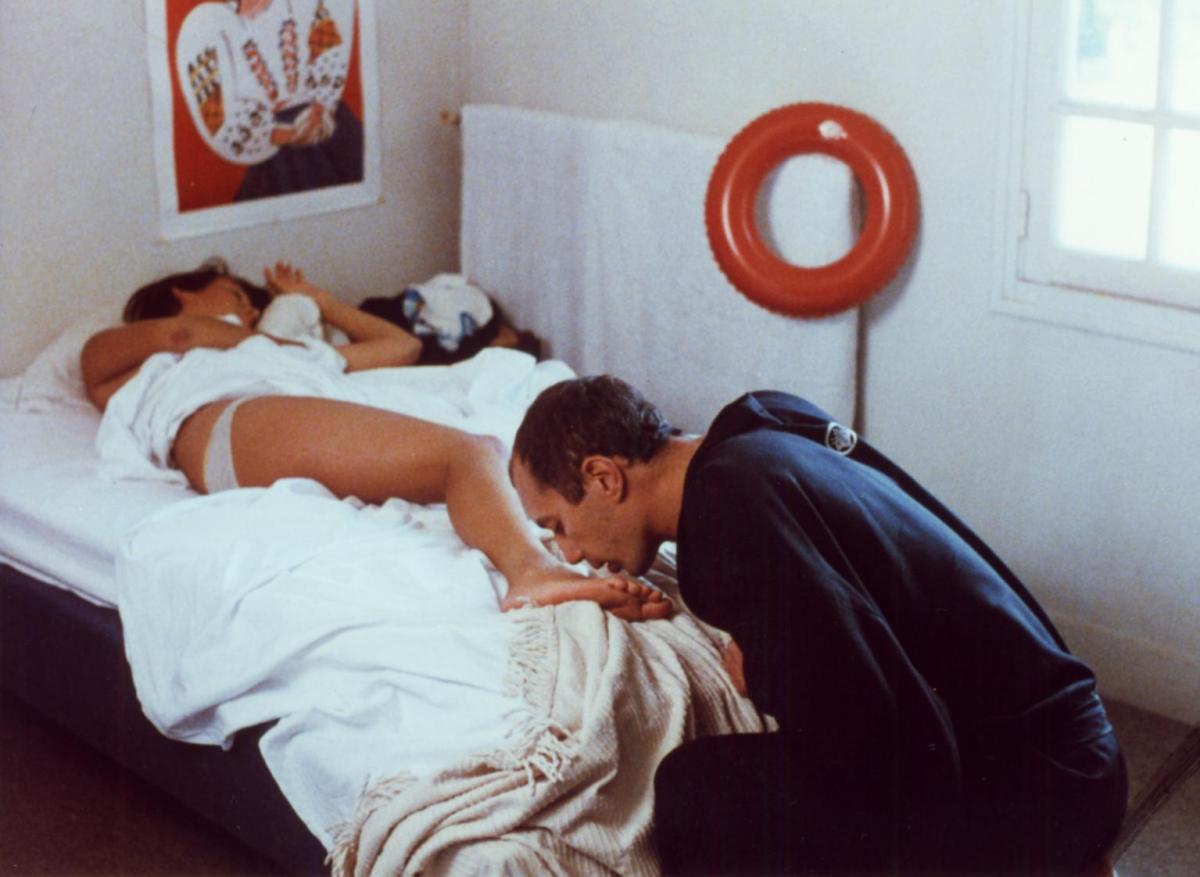 Rohmer’s voice isn’t as particularly well-known amidst the best French New Wave filmmakers along the likes of Jean-Luc Godard or François Truffaut, which is quite a shame because there’s no doubt that he’s one of the most thoughtful filmmakers to have arisen from the movement. The third film in Rohmer’s “Comedies and Proverbs” series following The Aviator’s Wife and A Good Marriage, this is the most I’ve found myself entertained watching any of Rohmer’s films. Not to say his work was any less enthralling but it has come to stick in my head within time because I’ve almost in some sense found a common comfort prominent within how he weaves conversations between characters together. But add it to the delivery of his own actors and what comes out is a beautiful coming-of-age tale also brings out a new tale of understanding within one’s own comfort and eventually going beyond.

This film tells a story of sexual discovery and awakening – from the eyes of the 15-year-old Pauline. She heads out for an autumn vacation with her cousin Marion, and this is where they end up encountering Henri. Henri is a man only interested with sex and he is significantly older than Pauline. They meet when Marion is spying on a former lover, Pierre. After Henri drops Marion, he pursues and ends up spoiling the much younger Pauline. It’s easy for any filmmaker to take a premise like this in order to explore the subject of naivete amongst younger people especially when it comes to their branching out for sexual experiences, but there’s something all the more beautiful coming out when Rohmer adds his own touch. Pauline at the Beach shows a more open insight into this psyche and thirst for a sense of sexual identity – and in turn he has also created one of the best coming-of-age tales put to the screen.

Rohmer’s films move slowly, but are motivated as a result of the flow of the dialogue. Pauline at the Beach isn’t particularly any different, but this is where his own style has found itself at some of its most beneficial. It seems most helpful because it’s from an act of conversation where his characters find themselves opening out to another person. But at the same time, they present ideologies coming at odds with one another especially when the film presents an outlook on the concept of love, differing from generations of people as they are eager to get out and discover it and people who have grown up with a set idea in their head. What exactly is set for Pauline, and do we understand her or are we seeing things the way the adults do? Maybe it comes from this lack of clarity where Rohmer’s intentions are excelling.

This is also the most I’ve found myself laughing at a Rohmer film, which says quite a lot in the film’s favour. It was already something to be expected of one of Rohmer’s “Comedies and Proverbs” but it helps in establishing a tone that reflects the naivete of Pauline herself. When the film makes its own sudden dramatic shifts, they hit so heavily because we get an idea that she has already found her calling card from a sexual awakening. Her own idea of love is one driven by this naivete and as she meets the sex-obsessed Henri with his own perverted idea of the concept, there comes another moment for Pauline to question the direction of her own life. But if there were a specific idea about love and desire that Rohmer presents, it’s not a concept that just comes so quickly – as shown through his own close observations of Pauline’s growth. She’s a beautiful sight for the screen, but she’s just unsure how her life is set to come forth almost in a way that reminds me of Benjamin Braddock’s growth in The Graduate, and soon comes an equally resonating performance out of Amanda Langlet.

Where it hits me, however, was just the fact it was so heartbreaking because of the film’s centering around Pauline’s growth. Rohmer’s movement through the moment always feels as if we’re witnessing everything closeup, but from how his own characters exchange conversations with one another comes something more thoughtful out of a premise that could easily have made any other simple romantic comedy. And soon I thought to myself that was where the greatest joy of watching Rohmer’s Pauline at the Beach had made itself clear, because the curiosity only made much clearer how difficult a construct like love can be, especially for those who believe they already have a set idea in their head or are only coming to terms with what they get from it. It hit me why this was so perfect for the moment, because that’s a reflection of the uncertainty of the future upon growing up.

I was merely expecting another thought piece from Rohmer driven by the beauty of his own conversations, for I knew it was already something I loved most about his work. What I didn’t expect, however, was for a tale about curiosity and where it drives the human mind, in all its happiness and sadness – because of the concept of trying to “understand” a broad construct like love. And the resonance with Pauline at the Beach was utterly beautiful, I’m at a loss of words. I think back to the many times I’ve had crushes during the high school years, and those times where I just knew I was afraid of trying to open myself out. But maybe I had this set idea in my own mind and it was conflicting with another? I feel in some way Pauline at the Beach was like a reflection of what my own mind could have been like if I were ever put within that situation and maybe this “comedy” only could bring out something more heartbreaking.

All images via Les Films Ariane.