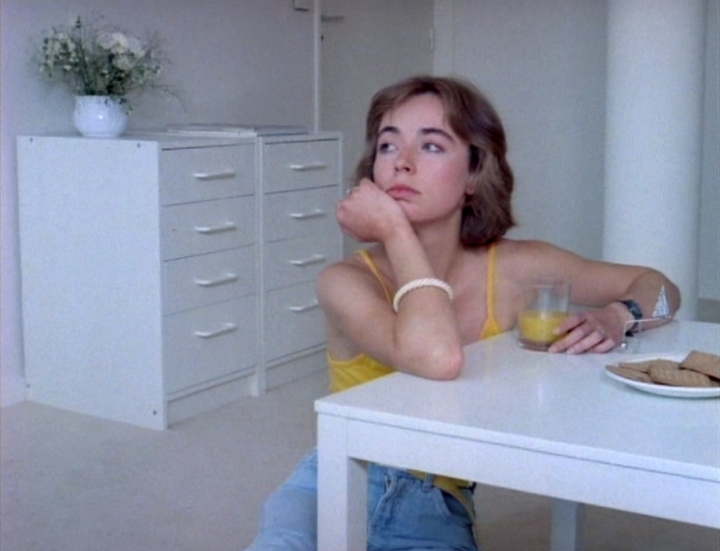 It’s a shame that the films of Éric Rohmer are not talked about nearly as much as the likes of Jean-Luc Godard or François Truffaut because his filmography has kept such a great streak of consistency and even at his weakest something so intriguing. There’s always a sense of thoughtfulness to be found within what he covers in his work especially from how he masters the art of a conversation. In yet another one of his “Comedies and Proverbs” (the sixth and final of such), he has already found himself at the hands of some of the vastest his ideals can reach. While not at the heights achieved by Pauline at the Beach what has come by in Boyfriends and Girlfriends is yet another thought piece about the extent to which we value our own relationships under the guise of what could easily have been a standard romantic comedy. But that’s already become so easy to say about Rohmer, considering it’s so hard to describe that feeling of his style leaving its mark in one’s head as Boyfriends and Girlfriends continues to prove.

The extent to which this could easily have been a standard romantic comedy can be found within the plot outline. Blanche and Lea are two girls who live within middle-class Parisian suburbs and Blanche ends up smitten with the handsome friend of Lea, Alexandre. Lea is dating Fabien, but is considering leaving him and the moment she goes out for a vacation ends up becoming a perfect moment for Blanche to find a sense of her own self. She’s falling in love with Alexandre despite her own shyness, although in the meantime she ends up spending her own time with Fabien as she gets to know him all the more. Like the rest of Rohmer’s Comedies and Proverbs what comes by is yet another poignant portrait of the struggles of finding a relationship but to see he has received a grasp upon a broader topic then put it down into something simpler is astounding.

What I love most about watching Rohmer’s own Comedies and Proverbs comes from what they have to say about the human condition upon relationships with other people. In Pauline at the Beach we had an incredibly touching if also funny look at where sexual desire drives both the curious and those who already have a set idea in mind. Boyfriends and Girlfriends presents another case, though, because Rohmer isn’t speaking merely on the case of relationships but he has opened himself out to a much broader construct. He isn’t limiting his own philosophies towards the construct of a relationship but in Boyfriends and Girlfriends what he presents is a case that tests how people limit friendships. Boys and girls come together in familiar concepts as a romantic pair but Rohmer isn’t aiming for that with this particular work, instead it feels more focused on questioning why the construct is so limited and broadens that idea.

Boyfriends and Girlfriends is yet another film where the film’s writing becomes its greatest asset but it’s not any surprising once again for the films of Rohmer. Although much like his own writing there’s a beautiful sense of subtlety presented within the style of Rohmer’s direction that always leaves me so drawn in, even at moments that could easily have turned out to be less interesting than others. Whether it be the assembly of an exchange or how the film’s own atmosphere adds more to that feeling of poignancy within the moment of our own interest, but that’s a fraction of why the work was always so fascinating. The vast atmosphere fits perfectly for Boyfriends and Girlfriends during bigger talks just as small, isolated spaces replicate the feeling of suffocation from a sense of limitation. Add in his trademark of stances upon the idea coming together into one, then comes something all the more beautiful in Boyfriends and Girlfriends.

Perhaps it was only fitting that these characters who are at the center of our attention are the most self-centered figures. It may only have been fitting that Rohmer shows his characters to be such figures because it reinforces a common idea that is presented from the proverb. I get that feeling again much like what I can remember from having watched Pauline at the Beach only recently, it was a feeling that I was only going to come closer to these people because of how they struggle amidst this feeling of alienation. Amidst all of the most thoughtful moments it was only helpful that Boyfriends and Girlfriends continues to add in Rohmer’s own dash of comedy in order to create something so pleasant, but without melodrama. Instead it feels so useful in allowing the work to lay itself out as a calling for empathy, as made clear from how he directs an atmosphere around the different sorts of characters that all of his own films are about.

I’m probably just going to head off to the point of ramble again but Éric Rohmer and his own searches for meaning within these comedies and proverbs. Perhaps it may not be the best of the bunch but there’s a level I recognize how much this film speaks to me because of the constrictions I feel all around me whether it be inside of the ranges where my friendships have gone to the sheltered world I’ve inhabited all my life. All I know is that like these people I still live inside of a state where everything is only set to fall apart even more depending on the direction I choose to keep my own life moving. These films are so delicate to that point even scenes that could seem so small still get the very most of our attention as we keep watching, and the thoughtfulness of Boyfriends and Girlfriends inside of these moments only sets us up for greater calls upon empathy. Reality is a confusing realm of truths and lies, and somehow Rohmer’s work reflects that conflict so beautifully once again with Boyfriends and Girlfriends.

All images via Orion.