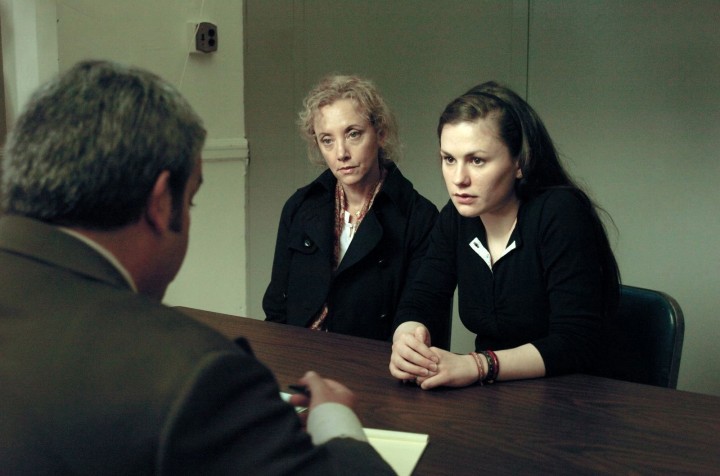 Kenneth Lonergan’s Margaret is a film that feels troubled at the center much like the history behind its release: going towards lawsuits that ultimately delayed its release until 2011 (it was scheduled for a 2007 release) along with several edits having been made, leaving no sense of a definitive vision behind. Yet with all this having been said, it still works beautifully and almost in a sense feels like a journey that mirrors its struggle to reach the big screen. But there’s something more to which it calls for by referencing a specific poem through its own title, through its final verse, “it is Margaret you mourn for.” The doom that Margaret would have almost found itself at the risk of facing is still present in hand, but to what degree is it paying off? In Kenneth Lonergan’s film, it could not ever be more affecting than what he shows us here. Perhaps it may be a mess, but it also reinforces what works so perfectly about Margaret.

Lisa Cohen is a teenager much like any other, living within New York City. She thinks her days are set to go normally, but she inadvertently ends up being the cause of an accident in a matter of seconds. The simplicity of the action is evident at a first thought, but the impact soon becomes so greatly devastating. Kenneth Lonergan’s understanding of this overwhelming background is crucial to the success of Margaret, because that’s what sets off this chain of events, all seemingly unlinked, to finally come together – because Lisa is only one ordinary soul who finds herself at the center of a tragedy. What exactly is it that Lonergan is saying about Lisa, as she faces the consequences of her own actions? It comes from how trauma is captured within the very moment being: such a poignancy that has only made Lonergan’s work so distinctive as a whole.

Anna Paquin plays Lisa, the soul who is caught in the middle of this tragedy in post-9/11 New York. But in some sense, the hysteria upon tragedy acts in some way as a recapturing of the craziness that had flood the city during such a tragedy, among many facets of the setting that Kenneth Lonergan has found himself able to capture in Margaret. Lisa has found herself within a tragedy that has haunted her because of the fact that finding an escape has only turned merely unavoidable, and yet there’s still an impact of some sort made on the many people whom she meets along this journey. Maybe the best way for some to describe what it is that Lonergan is capturing here, adolescent angst in the midst of trauma, coming by in the most indescribable sense: just like life. We witness everything unfold right from the eyes of Lisa, a young, carefree soul who has it in her mind that everything will be ordinary, and yet this incident sends her into a downward spiral.

Regardless of what is to be made of Lisa herself, I cannot deny how magnetic Anna Paquin is. In just how she captures the essences of adolescent life, before unspeakably finding herself at the center of this tragedy, the whole idea is that there’s so much coming into place and it’s hard for her to keep up within the quick-moving pace of the hysteria that has since followed. But Lonergan shows how she, like any other sensible being, isn’t at all trying to bury what has happened in any form, for as the many pieces of this puzzle are coming together what is being told instead is a story of a girl trying to cope with rapid movement between two different worlds, unaware of what she’s pushing her own peers into as a result of her own narcissism. The weight of such pressure only brings out the worst in a person like Lisa, but there’s a great feeling of empathy coming on Lonergan’s end that only brings oneself closer to the confusion she suffers as the film goes on.

But there’s an entire canvas being created first hand with the excessive running time on Lonergan’s end in both premise and setting. Some say it only suffers at the hands of this great length but the experience only finds itself emotionally draining because of where it is that this trauma is spreading. And no one is ever at fault for where this confusion and hysteria has gone, it is just Lisa who is trying to find a way out but every person whom she communicates with catches a part of it too as a result of her own narcissism. And what’s clever about how Lonergan pieces things together in Margaret comes from how she comes and goes within the lives of many other people, therefore we can’t ever find an objective point of view about what is being felt so thoroughly, for all we see are familiar faces that, themselves, are trying to find a way of coping with what they have ultimately become a part of.

Margaret is a film that personifies angst and hysteria in the most draining sense, one that only becomes all the more confusing when at a point where so little understanding can even be concocted with what is going on all at once. It starts with guilt, that eventually turns into selfishness, but nevertheless there’s a great sense of empathy coming on Kenneth Lonergan’s end that ultimately makes for a rewarding experience. We have what is a coming-of-age film set within the time of hysteria, so intimately put together and framed, whether it be in setting and emotion: there’s nothing more that I can ever find myself asking for. If Kenneth Lonergan’s ambitions have ever foud themselves reaching a peak, they certainly haven’t found themselves going higher than they have with Margaret. It’s frustrating for some, and yet it still drains, but nevertheless it all feels so trapped to the point it calls for one to come closer amidst the feeling of confusion.