I never knew anything about Yukio Mishima prior to my first watch of Paul Schrader’s biopic about him. What I did know about the film beforehand, it came from the Philip Glass score which I already had recognized from its use in Peter Weir’s wonderful The Truman Show – but I didn’t know it came out from here. When I watched this film, I did feel like I was growing closer to another process of a different person’s artistry. But I’m not even sure how Paul Schrader managed to form something like this out of the life story of Yukio Mishima, and thus what he has left us with is without a doubt one of the greatest biopics ever to have been made: it was the sort of experience that wasn’t placing you around oneself in order to get a taste of what the man was like. Because Mishima: A Life in Four Chapters isn’t so much a film entirely about Yukio Mishima, it was living and breathing in his culture. 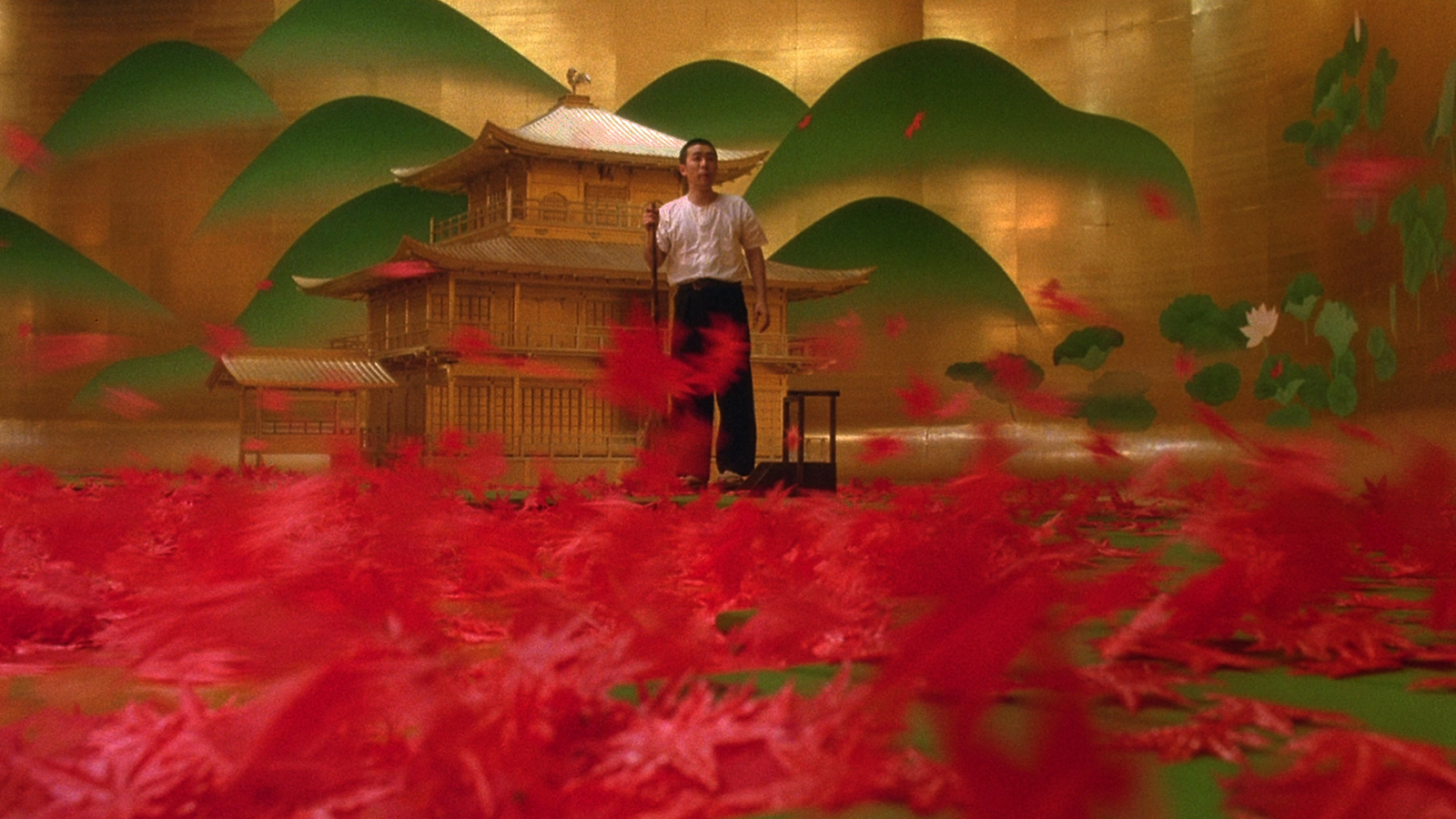 The title already suggests what a viewer is in for, because the film’s structure is divided into four chapters that detail another section of Yukio Mishima’s life, before his suicide. At the same time, Paul Schrader also parallels these segments of his own life with short dramatizations of Mishima’s own novels thus bringing one forth to an artist’s creative process. It was here where Paul Schrader took advantage of what was one of the most important things to note when making a great biopic, a psychological profile of its own subject rather than a work only placed inside of a historical context. Paul Schrader’s intentions with Mishima are not as simple as educating a viewer on what the life of Yukio Mishima was like, but to get a slice of the creative process an artist’s mind indulges itself within: and thus it forms a product that feels so dreamlike because it isn’t a film merely about Yukio Mishima. It’s a film that’s about as confusing and indulgent as Mishima ever was.

Schrader has also developed a distinctive visual style for each segment: for the final day of Yukio Mishima’s life has no alterations to the colour palette. Flashbacks of Mishima’s youth are shot in black-and-white, and Mishima’s fiction carries a vibrant colour palette. The results that have come by not only show off beautiful cinematography, but it also gives a flair of how Mishima would be making of the world he is seeing around himself. His past has already come behind him, his tragic reality is coming forth, but he finds his best self resorting to the fantasies that he has created inside of his own stories. And these bits not only make use of incredible set pieces, but they exhibit a dreamlike quality that only shows indulgence within one’s own creative process – just as the best films being made about artists, whether they be real or fictional, should show in order to get an essence of what they mean through their work.

The odd choice of blending fiction and reality already is perhaps the most distinguishable storytelling choice to be found in the structuring, between history, fantasy, and present time. But from flashback cutting back to the present, the idea is far too vague: and Paul Schrader finds another identity for Mishima himself present within the writing. Within his work, he was allowed to express what he had kept hidden from his reality. These bits of Mishima’s novels that interweave the history are only crucial to Schrader’s experiment in the sense that they give Yukio Mishima a sense of his own identity. For Schrader only saw that in the life that Mishima had lived, oppression of the self was present, but through artistic expression in the form of theatrical reenactments of Mishima’s novels, there was perhaps a more complicated individual at the very center: and if that was what could be made of him upon outlook, Schrader had only captured that sense of the self within Mishima.

At the center of the picture, who really is Yukio Mishima? Maybe this was the greatest question that Paul Schrader wanted to ask his viewers after all. From the bits that we see of his youth, and the work he has created: the thought runs clear. Yukio Mishima was a man as confusing as what we have come to witness. And because Schrader knew he wanted a work that was so wholly about Mishima, he still never shied away from political and historical background in order to add meaning to the work. Schrader never explicitly touches upon the closeted homosexuality of Mishima, but many strong hints are present that as a whole, lash out at the society in which Mishima had lived within. And at then comes a performance beyond words within Ken Ogata as Yukio Mishima, for the structuring of such a work only keeps the creative process of an artist a compelling point of focus all throughout. We don’t know him well enough, and yet through the theatrical quality of the segments dedicated to his novels we feel a need to empathize with a newer identity being formed, right before his final hours.

I can go on about what makes Mishima: A Life in Four Chapters stand atop many other biopics, but to say the very least, it’s a hypnotic piece of work that doesn’t slide away as any other. This isn’t so much a film about Yukio Mishima, because it is Yukio Mishima that we are watching, in growth, psychological profile, and creative freedom. This was not just a film telling the story of the life of a closeted homosexual living within the life of an illusion. Paul Schrader’s Mishima: A Life in Four Chapters is the illusion, for its beauty lies within the theatrical qualities of its set pieces, the beautiful Philip Glass scorAlle, and the indulgence within the history. I’m not even sure how exactly did Paul Schrader manage to form up something like this, but at the same time there was a feeling that stayed within my head that thought, even a Japanese filmmaker telling the same story wouldn’t have gone such a distance. But I don’t think it mattered whether or not we truly knew the sort of individual that Yukio Mishima was, because what’s sure to come is a revitalized sense of interest in him.