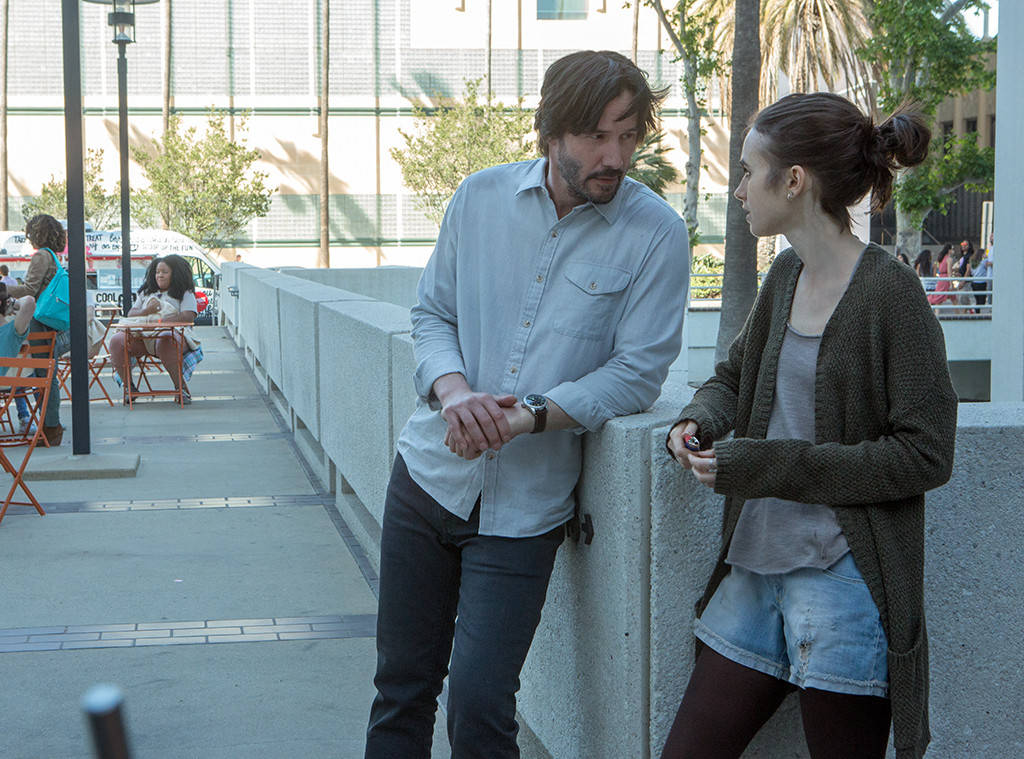 To the Bone, another Netflix original film with Lily Collins (after Okja) presents yet another frustrating case on their own behalf. It’s easy enough for me to say that Netflix’s original features never have been particularly great ones at that, and after breaking away through Bong Joon-ho’s Okja, we’re left with Marti Noxon’s To the Bone. This semi-autobiographical portrait of anorexia makes clear its good intentions, but there’s a Hallmark-esque feeling it leaves behind that only leaves me feeling cold. Sure, it’s better made and better written than films that anything from said catalogue but at the same time it was also what I feared it would be, something that has an eating disorder placed in the center only to be sidelined in the name of a story that has already been told several times before. Suddenly, all my interest has faded away. Lily Collins stars as Ellen, a young girl battling anorexia. The film, recounting writer-director Marti Noxon’s own experiences with eating disorders – tells Ellen’s story as she finds a means of embracing her own life and confronting through confronting her own weaknesses with the help of a doctor played by Keanu Reeves. This premise isn’t a bad idea, but it becomes particularly troublesome when it doesn’t seem to say much about what the experience of battling with anorexia has been like for these people when it is sidelined only to be worn on the film’s surface.

When I say that this film is merely “sidelining” a big issue like anorexia, it never finds itself wanting to explore what it has done to Ellen’s character. Everything that To the Bone means to “explore” about anorexia merely feels as if it is worn on the surface, and deep down all we are presented is a teen drama that comes out in a manner akin to that of John Green (although I’ve only seen The Fault in Our Stars, it was enough for me for I found it to be such a smug and off-putting experience). It seems to wear anorexia on its own sleeve, for the sake of telling a tale about quirky teenagers who end up coming together by the end of the film. But while To the Bone doesn’t find itself becoming nearly as annoying an experience, it ends up frustrating for the same reasons.

I find that Lilly Collins is a talented actress who’s doing exactly what would be expected of her within this role. Her performance isn’t so much the issue as opposed to her character, which isn’t her own fault; it’s because of the way she’s written. She’s written as a hollow, quirky teenager archetype; not as a person who is on the verge of suffering. It’s something that bears repeating, but that’s what I find especially troubling about films that try to provide an outlook on how one’s own condition has affected oneself during any stage of their own life, they aren’t written as characters but as boring archetypes, stinting any chance of genuine insight. Unsurprisingly, Keanu Reeves is great, for he’s providing a nice sense of charisma by playing an unconventional doctor trying to encourage Ellen to see the beauty in life while she’s living it: but the most frustrating aspect here is that he’s the only character written to feel like a human, trying their best for the better of another.

I think the worst part about To the Bone is what everything boils down to in the very end. We were just watching another ordinary teenage romance story, and this is the sort of story we’re so used to seeing because it’s been done so many times over the years. And when it tells this sort of story, it all ends off on an unearned climax, for the chemistry which Lily Collins shares with her own partner, almost feels nonexistent. They only feel like two quirky teenage archetypes coming together, and that’s all To the Bone really seems interested in telling. For a story that ever seemed so personal for Marti Noxon, she isn’t making it especially distinctive – it’s the same boring story that has been told many other times in far better ways.

To the Bone wasn’t terrible, but at the same time it was everything that I feared it was going to be. It just seemed to wear anorexia on its sleeve, not to the point of exploitation but clear and obvious manipulation at that; for it lacks insight only to tell something far duller. Lily Collins and Keanu Reeves are great to watch in this, but the most it ever feels is simplified for the sake of accessibility. Maybe it might be worth watching as a conversation starter, but the way it all adds up, I’m extremely disappointed.