If by this point you were expecting so much more out of a franchise whose prime gimmick is the gory death of people within otherwise elaborate traps then you’re only set to be very disappointed with Jigsaw. But for a film that succeeds a franchise whose supposed final chapter was seven years ago, I’m pretty sure that a sense of self-awareness would have been present so that at least expectations before coming in can already be set. To what extent does that make the Spierig brothers’ own Saw movie anything more than the previous entries, though? Perhaps it would be present in the fact that it seems to know how the best Saw films have worked and just seeks only to exploit said aspects however they can. Does it always work? No, but is it wholly boring? Surprisingly, the answer is again, a “no.” 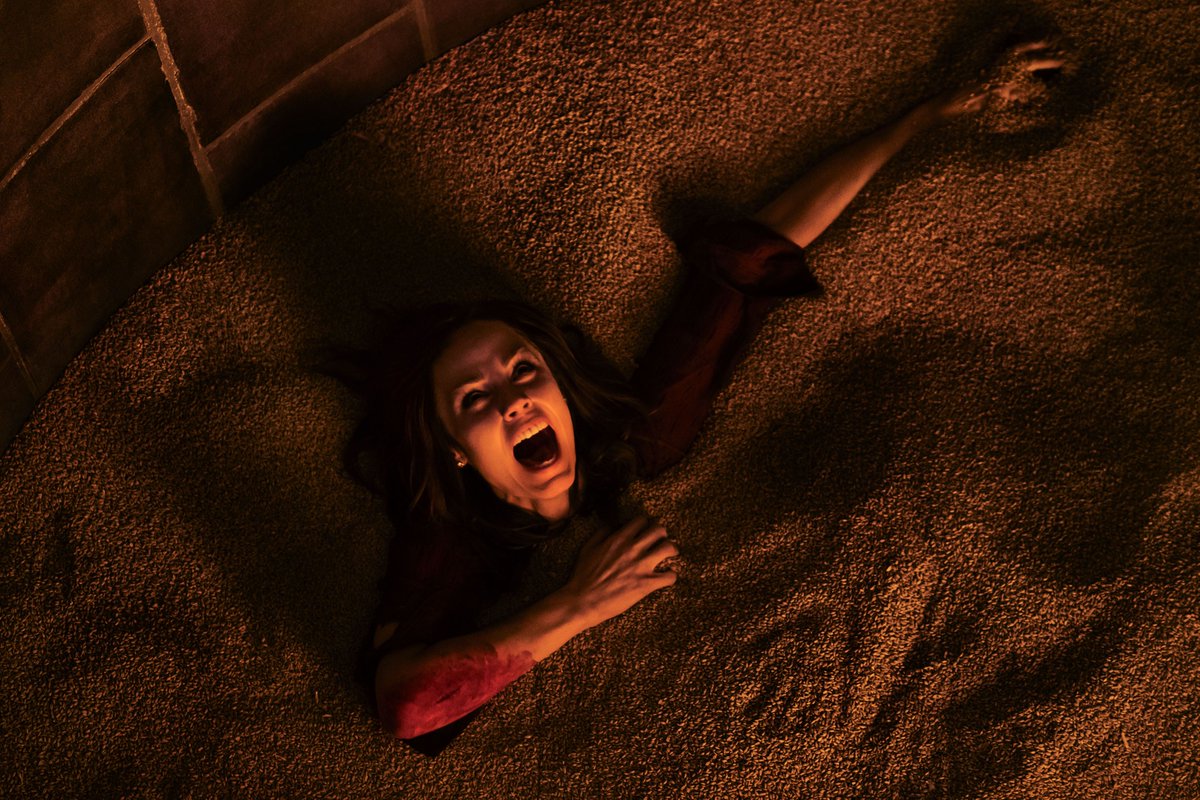 It has been ten years since the death of John Kramer (the Jigsaw Killer) and a series of killings mirroring the crimes begin to show up all across the city. Somewhere else, we see five people are being tested by a similar murderer and an investigation is called, to which the prime suspect is the deceased John Kramer. I think from reading a synopsis that plays out in said manner only sets oneself up perfectly for what Jigsaw is set to become. It sets audience expectations perfectly because people who have stuck so closely with this series already know what they’re in store for. That having been said, as a new entry that captures the previous films’ legacy – it does its job rather perfectly, but one can take that as they will.

Considering what the Saw films have been building themselves upon over the years, all the highlights do find themselves coming back to life perfectly in the Spierig brothers’s new film. Whether it be the elaborate traps or the gory deaths, what the Spierig brothers recreate perfectly what made these films carry the legacy that they have garnered. But again, that’s not to say many of the worst aspects of the Sawmovies come by, because while Jigsaw is actually rather entertaining at its best, it is also tedious at its worst. For as inventive as the deaths can appear to be, one can also say that they aren’t gory enough for they still appear rather tame compared to what you would remember from the first films. Sadly, a lot of this glory is diminished from the perspective of the detective from the outside, trying to piece together who would be responsible for the murders because it just feels as if they leave viewers with all talk and no play.

Most of Jigsaw finds itself in a functional state inside of its own favour whether it be the cast or the general aesthetic. Visually, it works well enough as an homage to the previous films and it can draw in new fans for the series if the viewer finds it appealing enough. The screenplay is terrible, but the cast is clearly having fun with the material that they have. They make clear the sleazy nature of the Saw films because of the fact their characters are really not as innocent as they appear to look, but we still stick around because we want them to receive the punishment that is coming forward. And to see Tobin Bell return as Jigsaw, it’s easy enough to say that his comeback is at the very least a welcome one.

The final sequence is where the Spierig brothers turn the film all the more ridiculous. It isn’t ridiculous in the sense that the Spierig brothers know it’s the charm of the Saw films, but what it just makes the narrative feel all the more incoherent. What seemed to work fine enough for being a sleazy homage to a horror series whose prime gimmick was gory deaths via elaborate traps, the ending only feels like a last minute means of showing off how clever it can be – but it makes the games feel pointless. If you were watching Jigsaw with the thirst for these gory death sequences, you’ll have a good time but the film apparently finds itself wishing to cheat you by this sudden narrative shift making everything you wanted feel pointless. It reminds me of the final revelation of Happy Death Day if anything, because it just came off as a means of showing off how clever a “surprise” can be, even if it would further complicate the narrative.

For better or for worse, Jigsaw is one of the better films in the Saw series. It knows what it is and why these films had carried their charm but it isn’t without the faults of said films. But considering this shift in direction for the franchise, I have to admit that my interest in what they can do with a ninth film is growing from here. If these films at least had the self-awareness that let this film move as freely as it did, then maybe something more entertaining could come in the future. I’ll just take this sleaziness over the overtly serious tone from the worst Saw films.