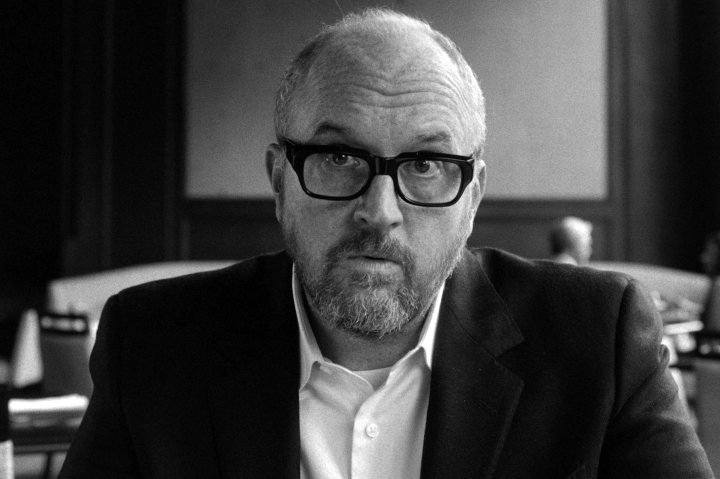 At the hands of the much publicized sexual misconduct allegations against writer, director, and star Louis C.K., I Love You, Daddy feels difficult to look at without said context. Evidently, this film is a very self-deprecatory look at its own creator commenting on the idea of idolizing celebrities within the entertainment industry, but when I’m still trying to adopt a neutral perspective when looking at I Love You, Daddy, I haven’t found myself getting much out of Louis C.K.’s odd and outright uncomfortable project. It really isn’t possible to remove the icky taste of Louis C.K.’s personal life out of I Love You, Daddy upon watching this considering where the film seems to build itself on, the discomfort is only set to make oneself want to distance themselves from the work and it isn’t helpful in this scenario. 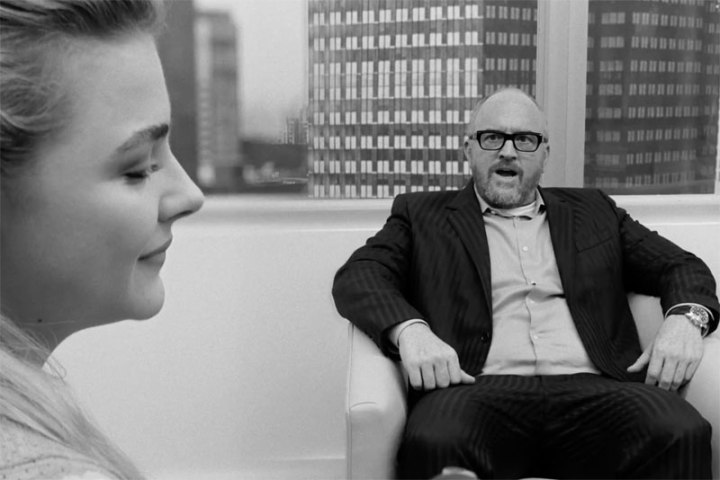 Louis C.K. stars as Glen Topher, a successful television director and producer. He is also the father of a 17-year-old daughter named China, and she also attracts the interest of a much older filmmaker, Leslie Goodwin, who is known around the industry for his interest in women who are younger than he is. Considering how much of the plot revolves around how Louis C.K. is trying to adjust to the circumstances of what more his daughter can get involved within after this, there’s only so much more discomfort that could be brought up when one is set to imagine how Louis C.K.’s personal life has been revealed to be (which isn’t in the very least a surprise to me) and even if it were the point that I Love You, Daddy was trying to make, it still feels like a bunch of ideas laid out without adding up properly.

It doesn’t seem to have much meaningful to say about the state in which the entertainment industry is treating younger participants because its commentary from a general perspective feels far too vague. For one, there are many scenes in the movie that have Chloë Moretz’s character involved with much older men akin to Vladimir Nabokov’s Lolita because of her character’s mannerisms and of course the first thing one would think is that it is set to leave an icky taste when she talks about feminism together with them. From Louis C.K.’s perspective, and given his self-deprecatory sense of humour, it would somewhat be easier to grasp why he wanted the film to feel awkward but what he seems to have intentionally painted as creepy in regards to how the industry treats women only comes off as disgusting – particularly at the fault of Louis C.K. himself.

Maybe to say that I Love You, Daddy is a particularly uncomfortable viewing experience is only underselling why the film doesn’t find itself working to a concrete meaning. It feels very uncomfortable watching I Love You, Daddy, but given as noted above that the commentary is far too vague ever to create a lasting impact, no real challenge is being presented because the only thought that runs from watching the film is that Louis C.K.’s character happens to have ended up getting his own daughter involved with many creeps lurking around in the industry as well as the general public’s interest within a celebrity’s personal life – but what is Louis C.K. trying to say? Is he trying to say under a cynical light that the life of a celebrity should not be of public interest? If that’s what he said, it doesn’t even feel like progress for his own striving to be “better,” it just feels as if he’s calling for pity despite how hard it is to think of giving him any.

At the center of everything, it never seems to present Louis C.K.’s own perspective as one worth investing time within. With the film already feeling uncomfortable enough thanks to the relation one can make between the creepy bits and Louis C.K.’s personal life, I’m not even sure I got a hold of the self-deprecatory humour because there’s nothing interesting about the characters that we are watching. Perhaps the one thought one can carry is that he knows he’s awful and this film wants us to be aware of it, but at the same time we only have been watching someone who has been awful to their own peers just being awful to their own peers. The characters clearly are just written in types (with Moretz referring to Louis as “daddy” almost every moment they are onscreen together), but to that I still wonder why it is even necessary on anyone’s end.

From watching this, I’m not so sure what even to make of Louis C.K. – but I’m not so sure I’d really want to rush to check out more of his own work. It isn’t a mere case of “separating art from the artist” that makes I Love You, Daddy an uncomfortable experience, but just the fact that it seems to feel a need to paint everything around itself in such a miserable light because it’s a clear calling for pity if anything else can be said. We’ve certainly got Louis C.K. showing himself as is in I Love You, Daddy, and he’s clearly not proud of what he had become – but even then, am I supposed to think that he’s worthy of my sympathy? Whatever the answer is, it really doesn’t make I Love You, Daddy any less duller than it is.

All images via Pig Newton.